WHO I FISHED WITH:  This morning, Wednesday, July 1st, I fished a “Kids Fish, Too!” trip for Adi Zwern, the youngest granddaughter of Mr. & Mrs. Larry Brewer of Georgetown, TX.   Adi just got into town last night from Houston for about a week’s stay with her grandparents.  Adi’s sister, Finley, was treated to a similar trip last week, and the girls’ brother, Eymon, will get to go fishing next week, weather permitting.

Adi had never landed a fish before.  By the time 3 1/2 hours had passed, she’d not only landed her first fish, but (it goes without saying), the largest fish, and the most fish, as Pop Pop Larry and his buddy, Blake Hoekstra, both came along as able assistants helping me help Adi be successful. 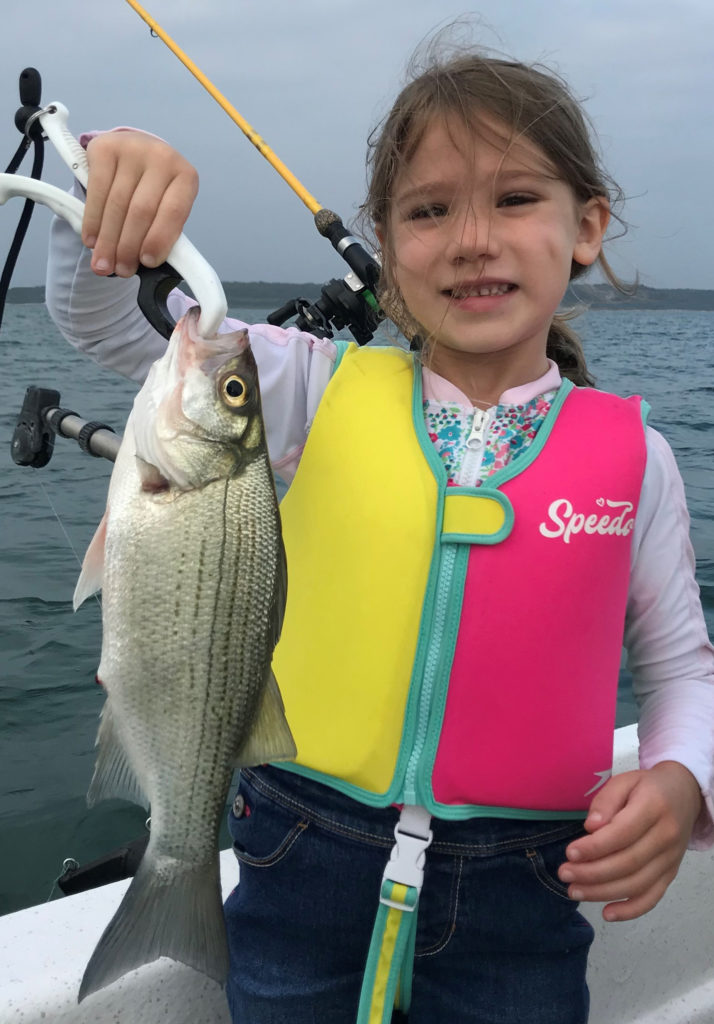 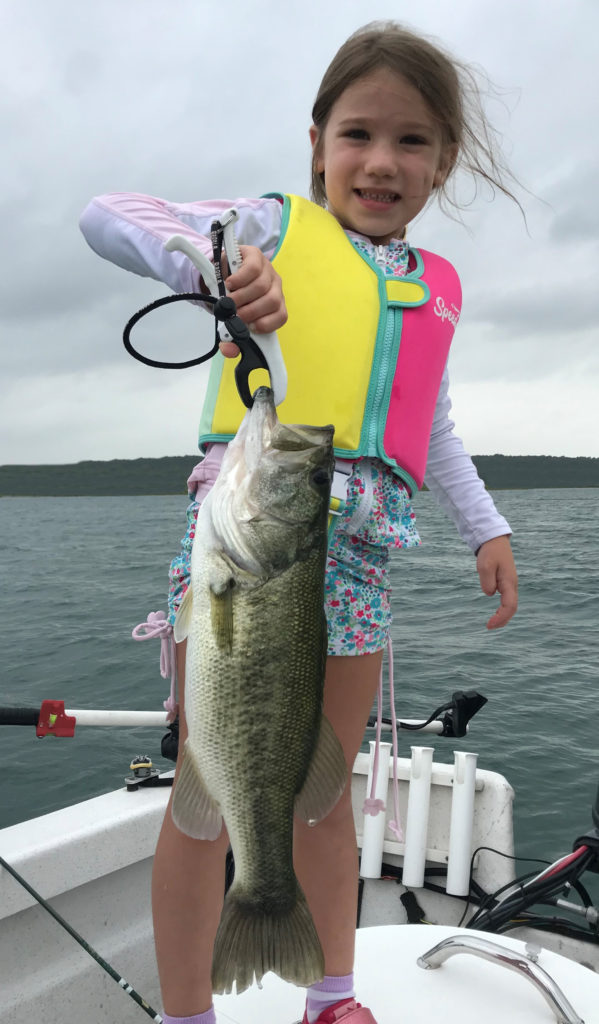 HOW WE FISHED:  Fishing was just right for having a youngster aboard today.  The fish cooperated for the entire time, thanks to a southerly wind and grey cloud cover, thus keeping fish coming over the side from start to finish, and helping Adi stay engaged.

We began our trip by probing with downriggers to which we’d attached 3-armed umbrella rigs rigged with Pet Spoons.  We caught singles and doubles steadily, most of which were suspended 3-5 feet up off bottom.  I believe these fish were up off bottom making use of the light there.  As the sun continued to climb and brightened the sky thru the thick, grey cloud cover, more and more bottom-hugging fish showed on sonar.  I believe the light was sufficient at that point to allow them to feed well at that greater depth.  Once I saw fish on sonar holding on bottom, we used a vertical tactic with MAL lures to the greatest extent possible.  The fish were mainly 2-year class fish with 1-year and 3-year fish sprinkled in.  These 2-year fish put up a good fight, especially when you’re 7 and weigh about 45 pounds!!  From time to time Adi’s arms got tired and we switched back over to downrigging until she gave us the thumbs-up that she’d recovered sufficiently to “go vertical” again.

We wound up with 37 white bass and 2 largemouth, including a nice 3 1/8-pounder before the fish started to slow down around 9:15.

At this point, we invested the rest of the trip into the pursuit of sunfish up shallow.  Adi landed 15 sunfish, including longears, redears, and bluegill.  We caught these on bait under slipfloats.

OBSERVATIONS:   Due to clouds/Saharan dust since Sunday, water surface temperature has dropped to 80 F.  Noted topwater largemouth feeding on 1.25″ shad from 1960 to SH0033C in open water.  Temperature profile was taken on Fish Hawk TD.  Note the 8 degree change in a matter of 5 vertical feet from 35 to 40 feet: 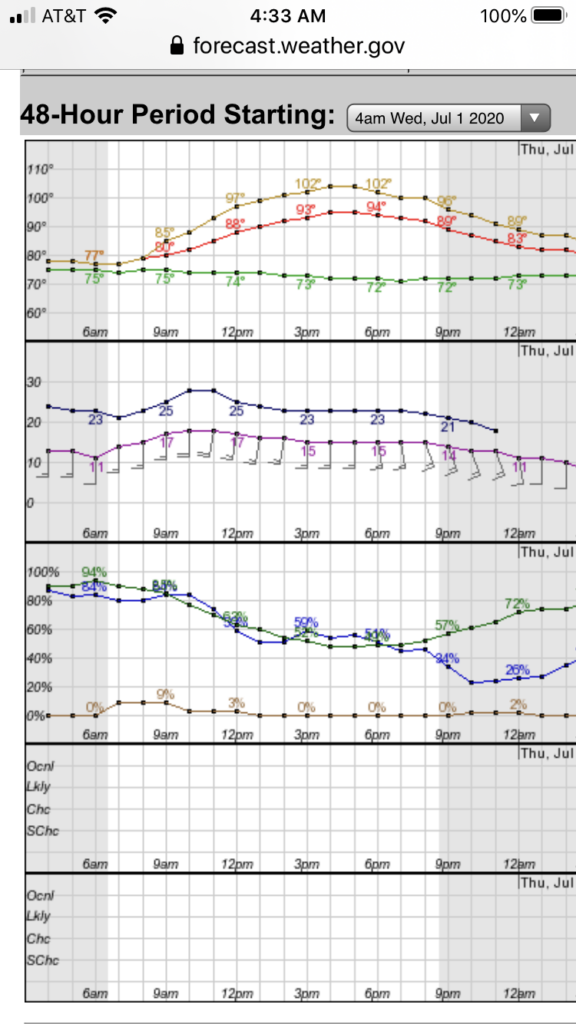