WHO I FISHED WITH:  This past Friday morning, July 3rd, I fished with first-time guests Todd Roach and Jason Walrath, both of Salado.  Todd works as a chiropractor in Killeen, and Jason, after recently retiring from the U.S. Army as an aviation officer, is now a pilot for United Airlines.

We pursued white bass on Stillhouse Hollow both because the fishing has been solid, and so as to avoid the holiday crowd on Lake Belton. 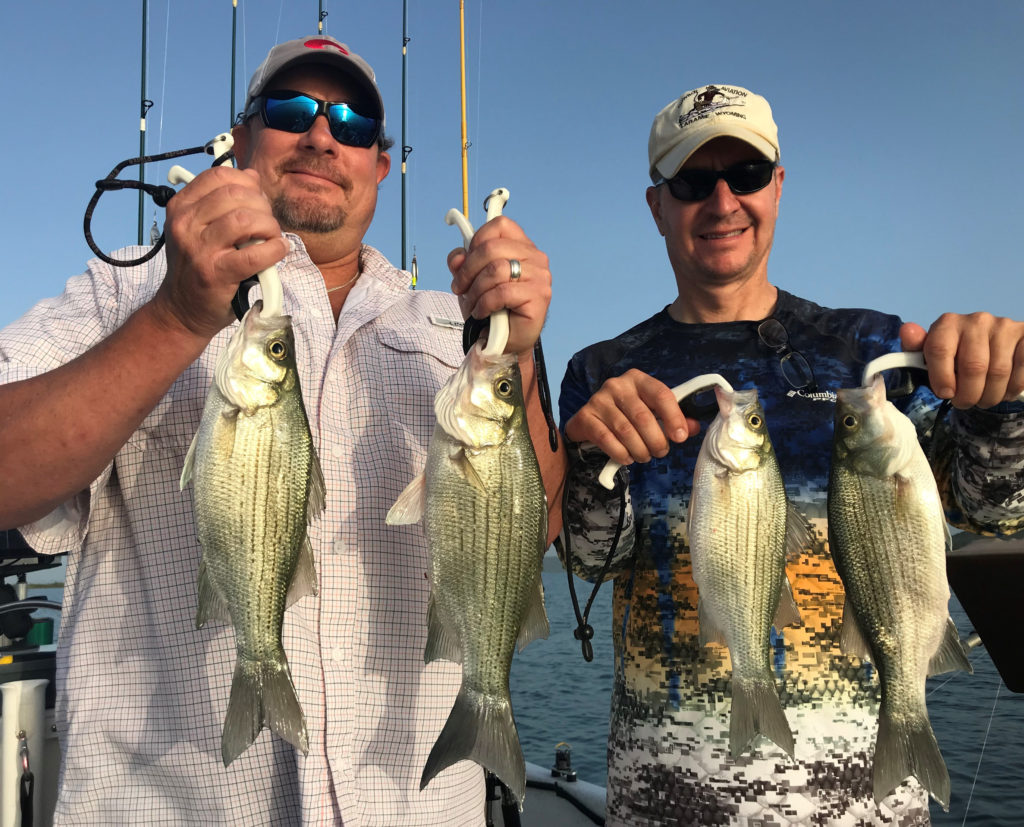 PHOTO CAPTION:  Todd Roach (left) and Jason Walrath put 60 fish over the gunwales this past July 3rd via a combination of downrigging and vertical work.

HOW WE FISHED:  With fairly stable wind, weather, and water conditions each day now for well over 2 weeks, the fishing has settled into a predictable summer pattern.  All the action is above the thermocline which is set up around 35 feet in the upper 2/3rds of the lake, and deeper in the main basin.

The tactic which put fish in the boat for us this morning was to find (and catch) fish with the downriggers and then stop atop strong groups of bottom-oriented fish to work vertically for them.

The action started early today, with the strongest bite and most active fish up off bottom and up ~4-5 feet in the water column between 6:40AM and 7:50AM.

We found that the cooperative schools of fish hugging bottom which responded to our vertical tactics did not stay put long.  Once the fish cleared sonar, we moved, as these fish did not hold in the area, nor did they circulate back underneath the boat, despite efforts at thumping and beating on the water to draw them in and keep them there.

I noted today that the fish we encountered also seemed to be in smaller, more splintered groups.  By 9:15, the fish were clearly already on their way to shutting down.  For every 4 or 5 schools of fish we encountered, each with 20-40 fish per school, we’d only get one school jazzed enough to pursue baits, and even then would only get 1-3 fish out of that school.

I used a combination of #12 and #13 Pet Spoons on my 3-armed umbrella rigs today, and the fish definitely showed a preference for the slightly larger #13s.  For the vertical work, we used MAL lures.

OBSERVATIONS: Although not to the extent encountered on Wednesday under a better wind and cloud cover scenario, each location giving up white bass this morning also had, “schoolie” largemouth bass popping shad on the surface, as well.  I’m anticipating the topwater action to really come on strong over the next few weeks — very exciting! 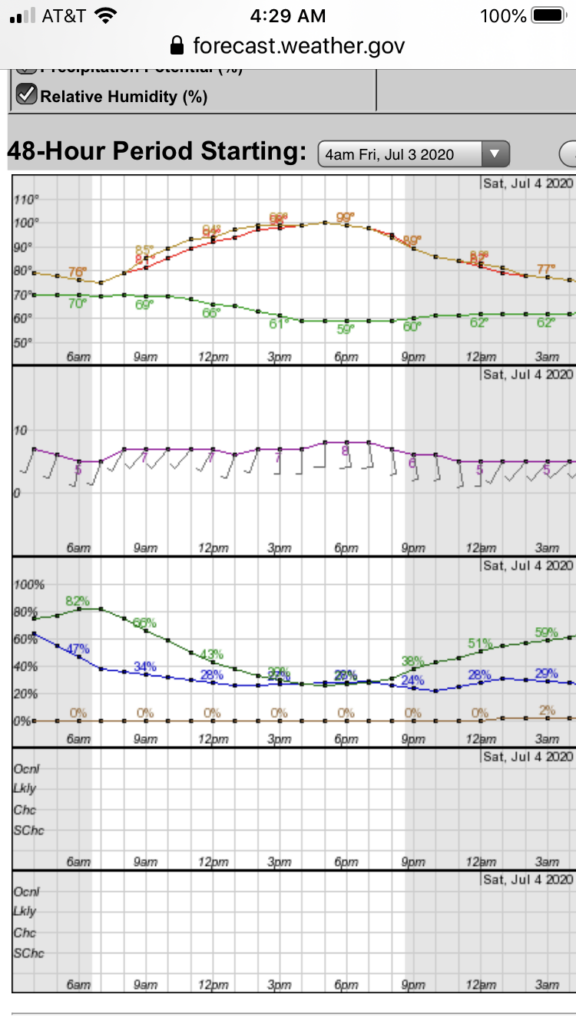