WHO I FISHED WITH:  This morning, Friday, July 10th, I fished Billy Champlin of Killeen, TX, and his father-in-law, Tom Estes, of Florence, TX.  Billy’s wife, Teri, put the trip together as a Fathers’ Day gift to the both of them.

Billy serves as a TPWD Lieutenant Game Warden here in Central Texas and has been in law enforcement off the pavement for over 20 years now.

Tom retired from the quarry/stone business and just this year began a post-retirement job of substitute teaching in Florence’s public schools.

Both fellows had fished a good bit previously. 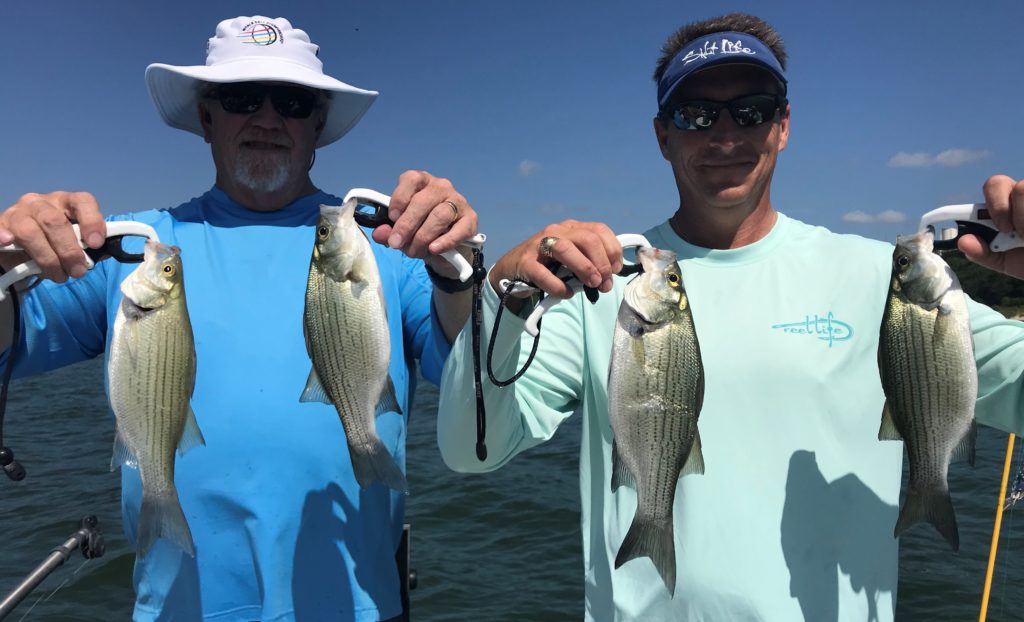 PHOTO CAPTION:   From left: Tom Estes and his son-in-law, Billy Champlin, with a few of the white bass we worked to catch from Lake Belton this morning.

HOW WE FISHED: Fishing was tough today.  We had lightly whitecapping waves (w/ a ~13 mph wind) prior to sunrise and no cloud cover for about 90 minutes.  The wind relented a bit and broken white cloud cover built in as the morning progressed.  There was no topwater action in the areas I searched during the key topwater time right before, during, and just after sunrise.

We wound up covering a lot of water today with downriggers, encountering small schools of white bass with roughly 20-30 fish in each school.  These schools were typically 2-6 feet off bottom but were not carpeting the bottom, rather, they were “balled up” and appeared similar to shad when they form into bait balls, except the individual fish in the school were clearly visible, especially on Garmin DownVu.

On a number of occasions (probably 9 or 10) we saw excellent sonar returns, pulled the downrigging gear in quickly and circled back to Spot-Lock on top of the fish we’d seen, only to find them a) gone, b) present but in lower numbers than we first encountered, or c) unenthusiastic.  Over the course of our trip, we only landed 3 or 4 by fishing vertically.

Around 8:30 I noticed some light topwater action fueled by white bass chasing very large shad (4+ inches) over about a three-quarter acre area.  We tried pinning these fish down to fish for them, but they were in very small, splintered groups and moving quickly.  After failing to catch any by patiently waiting for a boil and sight-casting, we again tried a vertical approach resulting in 1 fish, and then went back to downrigging to cover water, and picked up another 4 fish this way.  Covering water was the key for these moving fish.

OBSERVATIONS:  Only sporadic topwater action under a waning gibbous moon as we just passed full and are heading into the new moon which will occur on 20 July. 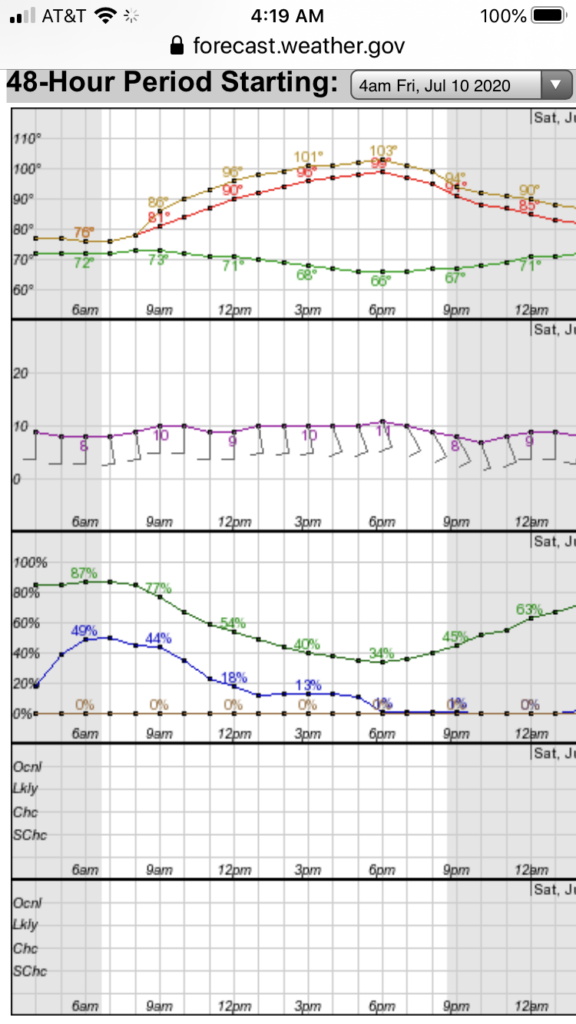