WHO I FISHED WITH: On Saturday, July 18th, I fished with Clint Tippett and his two young sons, Carter (age 7) and Carson (age 5).  We attempted to make this event happen last year, but dates didn’t work out.  Then, again in February we tried to set something up for March and COVID saw to it that those plans were foiled.  So, the third time was a charm this morning.

This trip was specifically focused on the boys’ success, so Clint, an anesthesiologist at Baylor Scott & White in Temple, helped me help them.

Prior to this morning’s trip, Carson had never landed a fish, and Carter only had a handful to his credit. 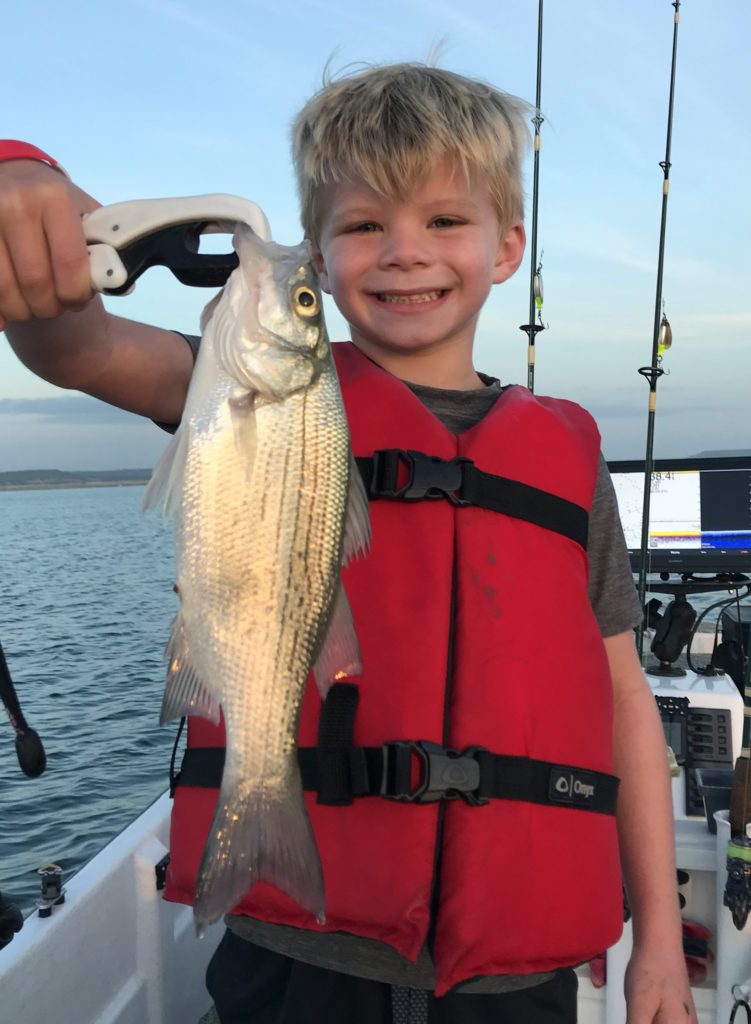 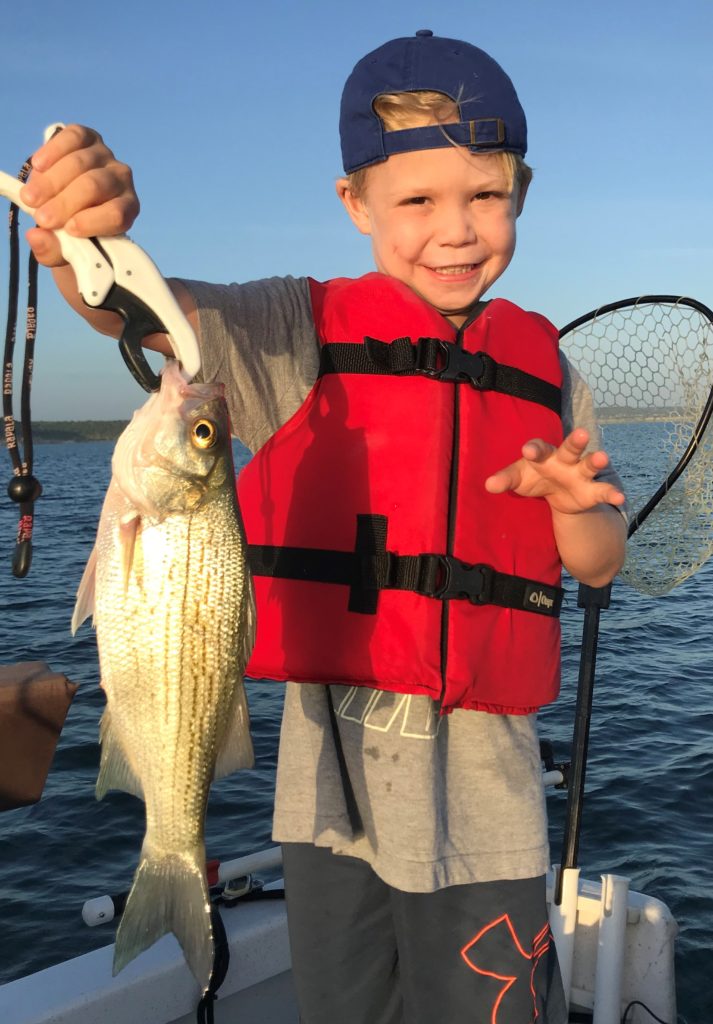 PHOTO CAPTION: 7-year-old Carter Tippett with the largest of the 50 fish we landed today.  This white bass fell for a Pet Spoon – one of three presented simultaneously on a 3-armed umbrella rig.

HOW WE FISHED:  Clint and I spoke by phone the evening before this trip (which was originally just to include Carter) and agreed that Carson would join us.  I laid out what to expect based on my experience in fishing with kids this age and in this season of the year.

We planned to fish for white bass early on when the kids’ attention span and enthusiasm level was high, then move on to fishing up shallow for more cooperative and abundant sunfish later in the morning.

These plans worked out pretty well. The white bass action was more subdued this morning than over the past few trips, but the boys both landed 4 white bass a piece, included Carson’s very first fish ever, thus earning him a TPWD First Fish Award. By around 8:15, the deep action on white bass was waning, and so we retooled and headed up shallow.

All of these white bass came on downrigged 3-armed umbrella rigs equipped with Pet Spoons.  At no time did I see a congregation of white bass which I felt warranted stopping to work vertically for.

We made two stops up in shallow water specifically targeting sunfish.  We landed 36 sunfish at our first stop, then made a tally of 50 fish (which would require each boy catch 3 more fish) our goal at our final sunfish stop.  The boys handily met that goal and, now at the 3.5 hour mark, dad and I knew it was time to wrap up before the boys got too (choose any combination):  hot, bored, hungry, irritable, whiny, distracted, etc.  Thus, we ended on a good note with the boys landing roughly equal numbers of fish. 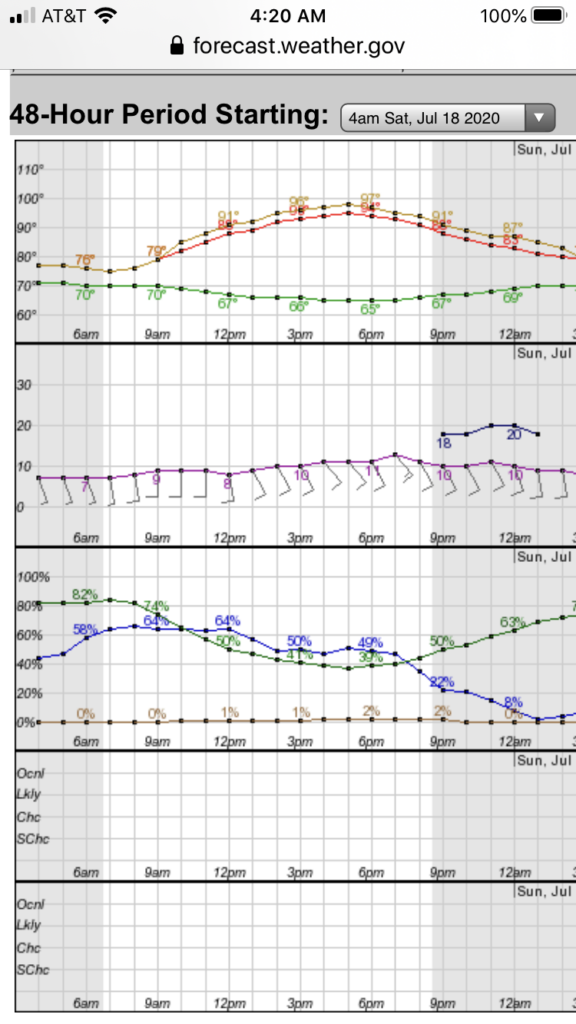