Their step-father, U.S. Army Staff Sergeant Sylvester Grady is currently away from Ft. Hood, serving at Fort Benning, Georgia.  He has been in the military for over 20 years. 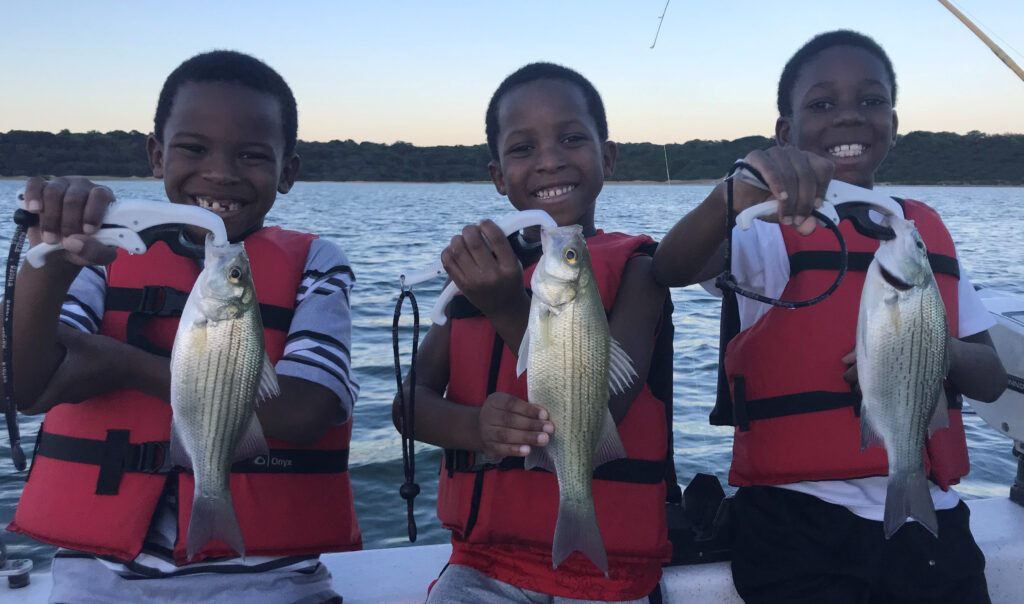 PHOTO CAPTION: From left: Isaiah Davis, Elijah Davis, and Marcus Grady landed 49 fish during their evening adventure on Lake Belton.  This trip was provided free of charge courtesy of the Austin Fly Fishers and other SKIFF supporters.

HOW WE FISHED: Since the boys were young, and none of the three of them had ever fished before, we kept it very basic this evening.

Since we were still under the influence of Monday’s cold front passage, I suspected the white bass would be catchable, but would still require more effort than during more ideal conditions, so, I save the white bass effort for just a short part of our time at the end of the trip as the sun was setting.

Prior to that, we hit two areas up shallow for sunfish, where the boys were able to hook and land 40 sunfish, including longear, bluegill, and green sunfish.  We used long rods, balsa floats, and small hooks and split shot to present small live baits to these fish in under 4 feet of water.

Around 7:15P, the sun sank below a bank of grey clouds in the western sky, thus immediately dimming the ambient light level and making it cooler to the point of being pleasant, given the low humidity which the cold front brought with it.

From that point forward we began downrigging with two sets of 3-armed umbrella rigs.  Each boy got to land 3 white bass over the course of the next hour.  By about 8:15, the boys were ready to move on to supper.  Hence, we finished up the trip with 49 fish caught and released.

OBSERVATIONS:  Thanks to N winds at ~9-10 and some building cloud cover, the fishing began to rebound from Tuesday’s bright, calm, post-frontal scenario.  Fish were still a bit reluctant.  I watched our downrigger ball present our 3-armed umbrella rigs right to numerous schools of white bass which failed to show any response at all.  The shallower and more horizontally spread the pre-sunset white bass were, the more likely they were to strike.

Sky Conditions: 30% white cloud cover on a blue sky; around 7:15, the sun was obscured by a thick grey cloud bank in the west. 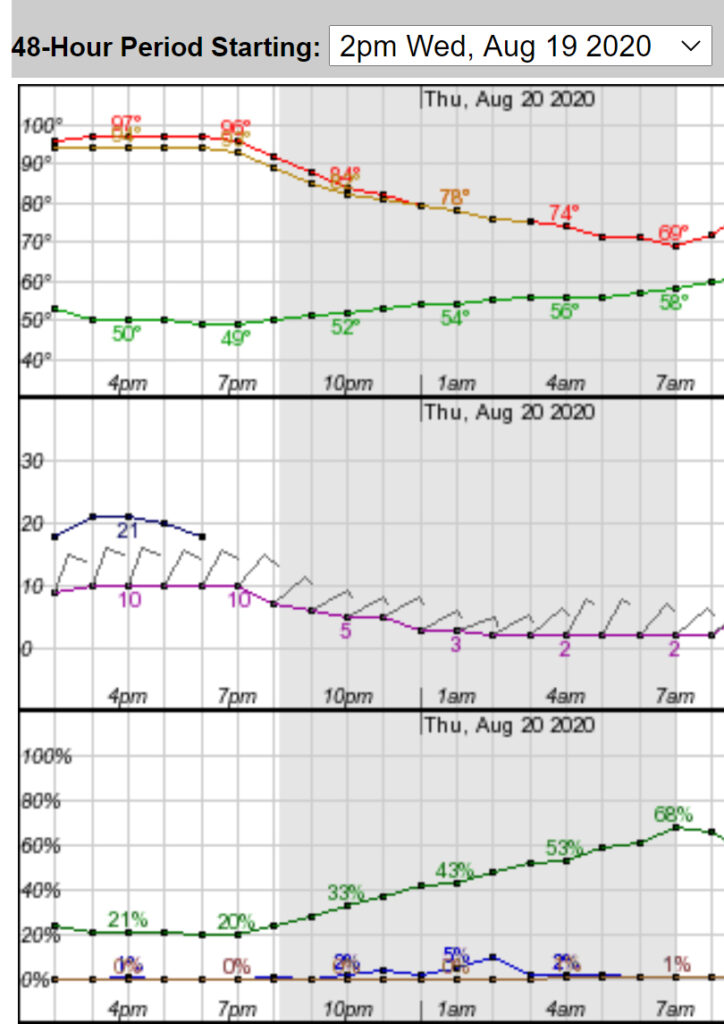