After retiring from the military police, Bryan trained and hired on with Edward Jones and hopes to open his own office after spending some time at the office in Killeen, TX.

The boys, who came out with me on a SKIFF (Soldiers’ Kids Involved in Fishing Fun) trip 2 years ago, all go to school in the Killeen Independent School District, and are involved in karate. 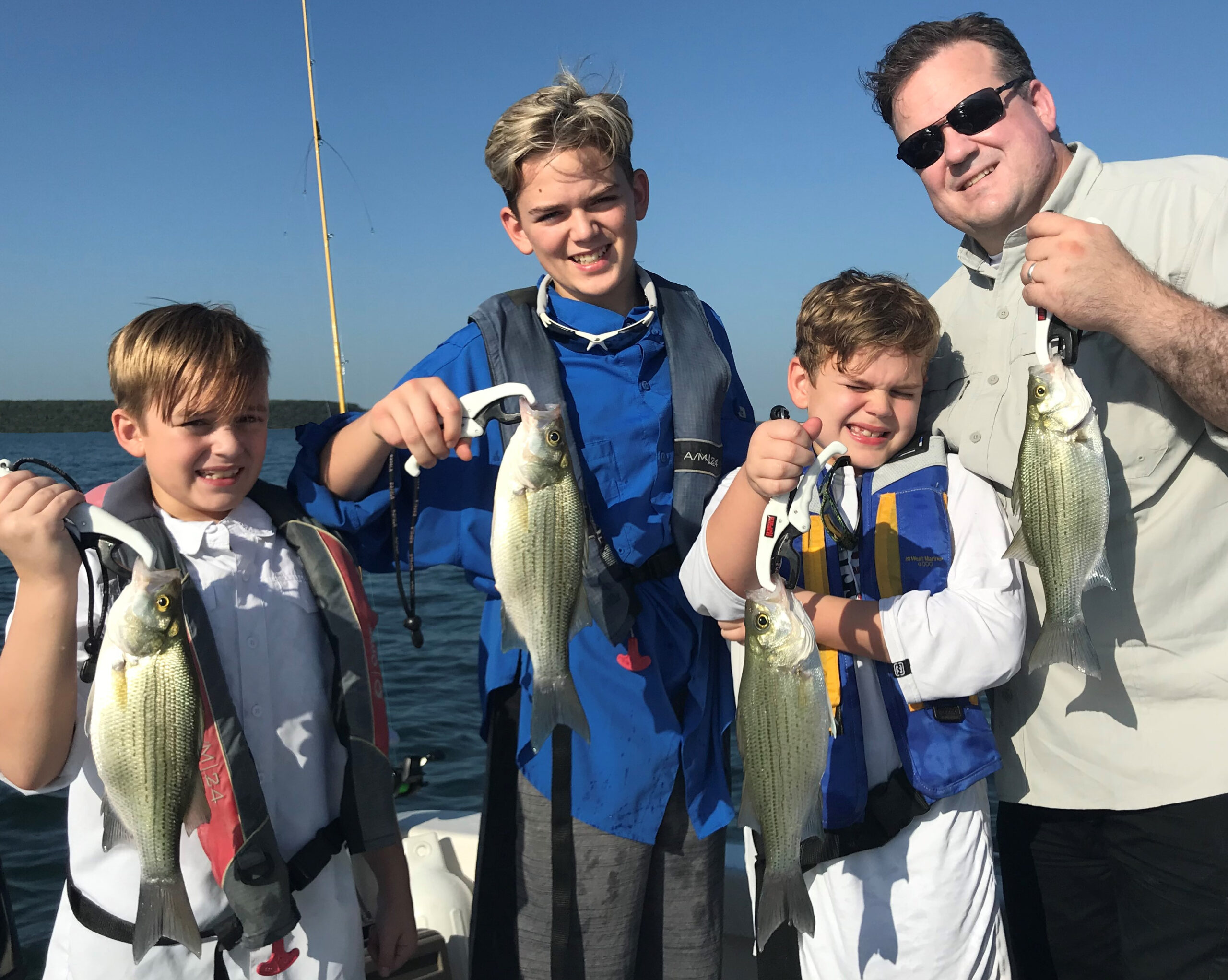 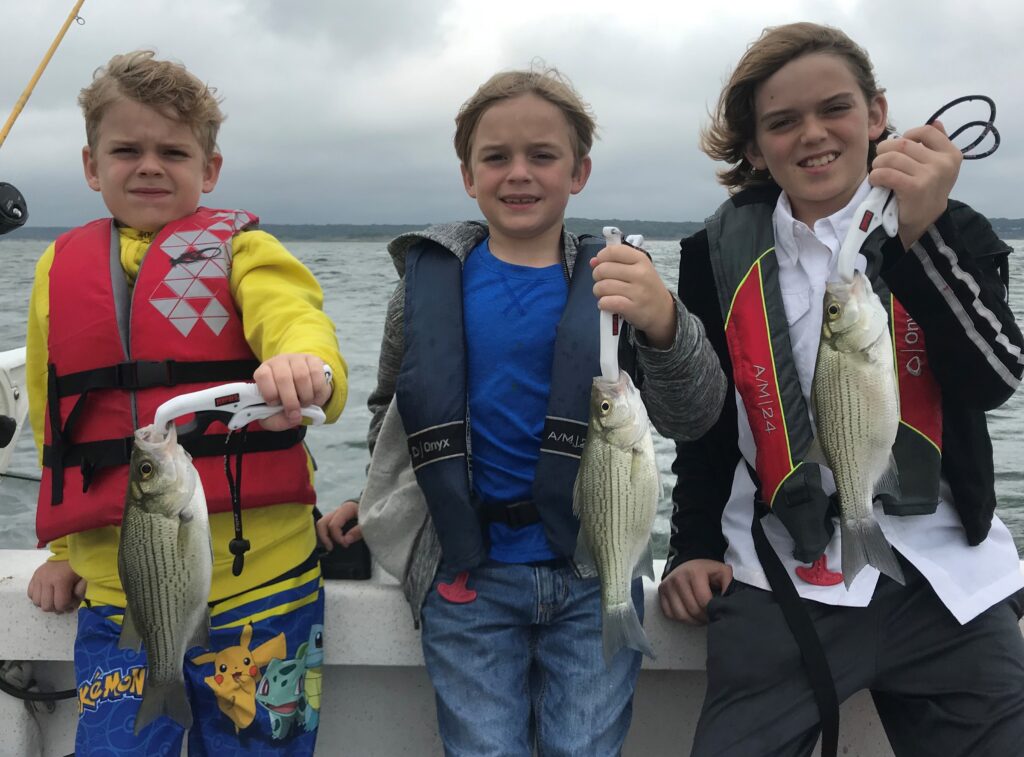 HOW WE FISHED: Fishing was a bit laborious on this Labor Day Monday.   Thankfully, due to flooding and the fact that public school cranks back up again tomorrow, the crowds were fairly light, in fact, lighter than on a “normal” summer weekend.

We went nearly an hour working to get our first bite, and, even when it came it wasn’t like the floodgates opened and we kept right on catching them from that point on.  The fish were just in a negative mood until about 8AM, then things started happening right up until around 10:15.

Around 8AM, we began to see larger schools of white bass forming (10-15 fish vs. 3-5 fish earlier on).  The shad began to ball up and suspend versus blanketing the bottom earlier on.  Nearby largemouth began to surface feed versus no surface action earlier on. And, best of all, a little resident flock of terns began to point out the most active pods of fish spread over quite an expanse of open water.

We alternated between downrigging and vertical MAL Lure work to keep fish coming in the boat.  Although the fish were feeding, it was not an aggressive, hard feed.  Only a few times did I find fish in a posture where I felt the MAL Lures would shine, and, when we worked them, the fish only stayed interested briefly, thus necessitating that we return to horizontal work with the downriggers.

We moved on as the action was waning, but before it completely shut down in hopes of finding another population of fish which started their feeding cycle a bit later.

We were able to relocate fish, this time in the vicinity of Area 453.  We downrigged to find these fish and caught a few on the downriggers, but really made money by using MAL Lures for suspended fish holding in a vertical band from 24-29 feet deep over a deeper bottom.

Once the fish quit the MAL Lure bite, they were about done altogether.  We only landed 2 more thereafter in ~25 more minutes of downrigging effort covering quite a  span of water.

To summarize, we fished a full four hours with the span from 8AM to 10:15 producing all of the fish.  We downrigged about 70% of our time today, with the balance consisting of MAL Lure vertical work.

Wind Speed & Direction: SW11 at sunrise, decreasing to SW7 by 8AM, and leveling off there 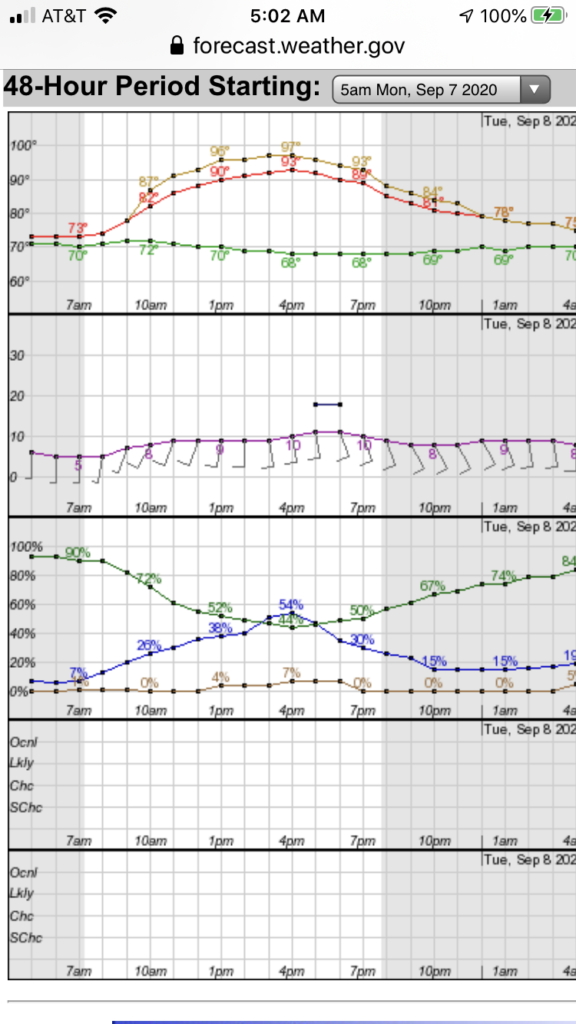