WHO I FISHED WITH: This morning, September 17th, 2020, I fished with Robert Hughes from near Lubbock, TX, accompanied by his grandson, Nathan Elliott, who lives in Gatesville and works in Harker Heights.

Robert, age 74, retired from the janitorial supply business, and Nathan is a professional firefighter employed by the City of Harker Heights, working out of the firehouse on FM3481, near Stillhouse Hollow Reservoir. Nathan coordinated this trip for his grandparents as part of their 57th wedding anniversary during which they drove down to see him. 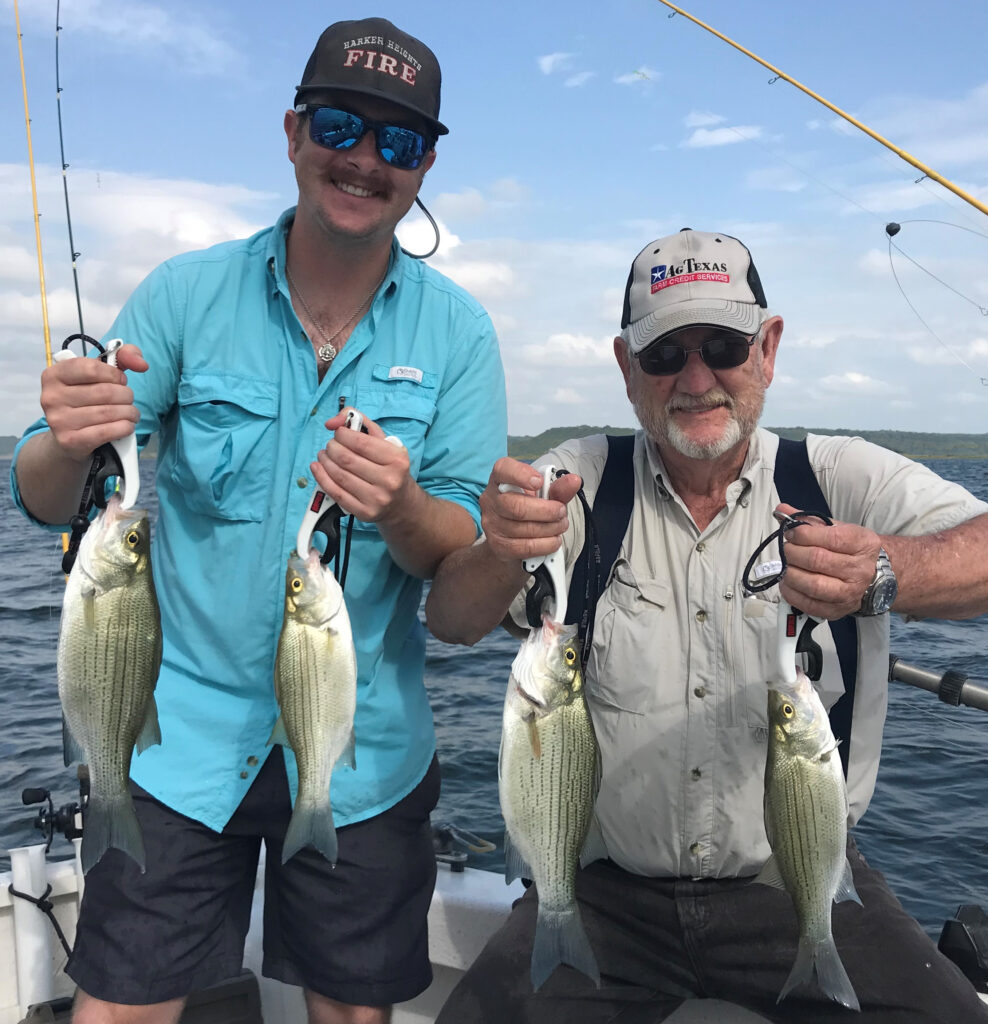 HOW WE FISHED:  After getting off a plane inbound from Alaska in the wee hours on Wednesday morning, I slept briefly, then got right out on the water to scout in advance of this trip, as I’d not fished locally since Labor Day Monday and there had been a lot of environmental change since that time (6′ elevation increase, a cold front, and atypical, extended periods of NE winds).

I opted to invest my scouting efforts on Stillhouse for several reasons: 1) the Corps is releasing water from Lake Belton (a negative factor), 2) the release rate at Lake Belton led me to believe the gates would shut soon, thus introducing another negative variable to an already tough scenario, 3) I got below average reports from those fishing both Belton and Stillhouse while I was away, and 4) my 30+ years of record-keeping indicate that, in a tough scenario, Stillhouse typically outperforms Belton.

The scouting went well.  My goal was to catch 3 fish at a given area and then move on to check additional areas, and, in so doing, I found 4 fish-holding areas which we could fish today.

When all was said and done, we put this morning’s trip together on just 2 of those 4 scouted areas.  Today’s conditions were a bit better than during my scouting efforts yesterday, in that we had both a steady, manageable wind (vs. calm yesterday), and light cloud cover (vs. clear skies yesterday).

We met up at 6:45A, had lines in the water around 7:05A, caught fish via downrigging for 2 solid hours before the suspended, scattered schools of white bass we were targeting dispersed. We landed 33 fish during this time using Pet Spoons on 3-armed umbrella rigs.

We next looked at an area I scouted yesterday (but found nothing present at that time); I did this because the wind was blowing into the area leading me to believe it could have turned on overnight.  It did not.

So, we moved on to a third area I scouted with good results yesterday.  We found fish very active there from 9:20 until around 10:20.   Sonar was quite active with both balled up shad and gamefish as I idled around, so, we began to put downriggers down.  No sooner did Nathan get his set to depth then it went off.  When I saw the aggression level of these fish, I directed Robert to unrig his downrigger, and to send an MAL Lure plummeting for the bottom instead.

Long story short, we sat on a large, moderately aggressive school of white bass for a full hour and pulled another 43 fish without moving the boat, all on chartreuse MAL Lures.  I like the chartreuse whenever there is cloud cover, whereas the white and chartreuse fish equally well under clear, sunny skies.

Fortunately, both fellows quickly got the hang of timing their presentation of the MAL Lure to the passing of the fish beneath the boat via the use of Garmin LiveScope, doing this just as you would “lead” a bird when shooting a shotgun.  The rest was history.

By 10:20, the wind was quickly coming out of the fishes’ sails, and, after spending our final 15 minutes downrigging and failing to add even a single fish to the tally, we called it a good day and headed back to the dock.

OBSERVATIONS:   No water has been released from Stillhouse since the recent rains, thus allowing 6+ feet of new water to accumulate, whereas Belton had a flow of 1,645 cfs  this morning and was slowly falling as a result.  During the day (Thursday, 17 Sep.), the COE reduced the flow from Belton to 51 CFS — yet another negative factor I’m glad we avoided). 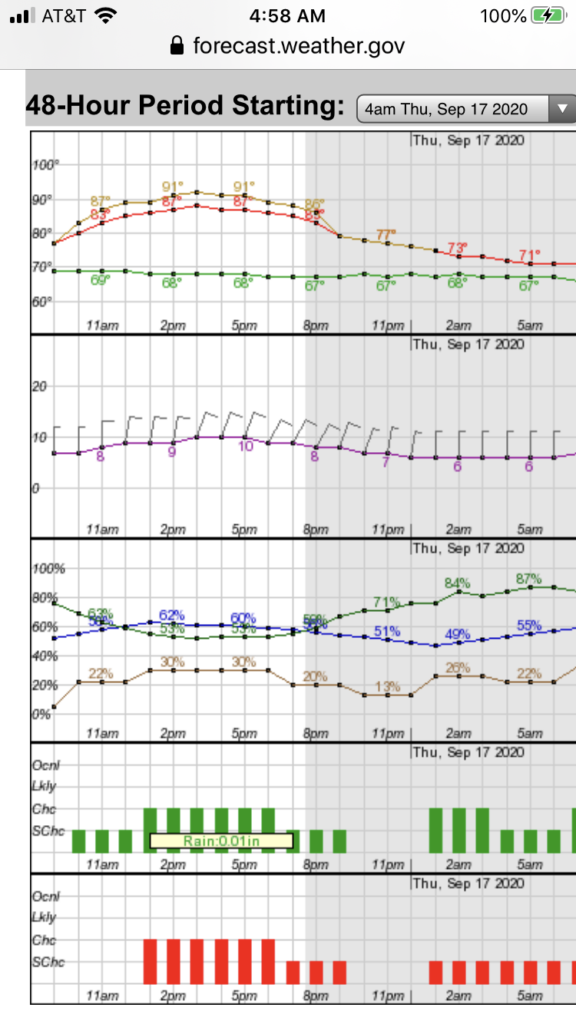