WHO I FISHED WITH: This past Saturday morning, 26 September, I fished with father-and-son Paul and Parker Autry who drove in from near Georgetown, TX.

Parker just began Kindergarten at a private Christian school in the area, and Paul works for a company focused on providing construction software to aid in large, commercial construction efforts.

This whole fishing trip idea began back in late July when Paul’s wife, Morgan, got him a fishing trip gift certificate from her, Parker, and Parker’s little brother, Noble. 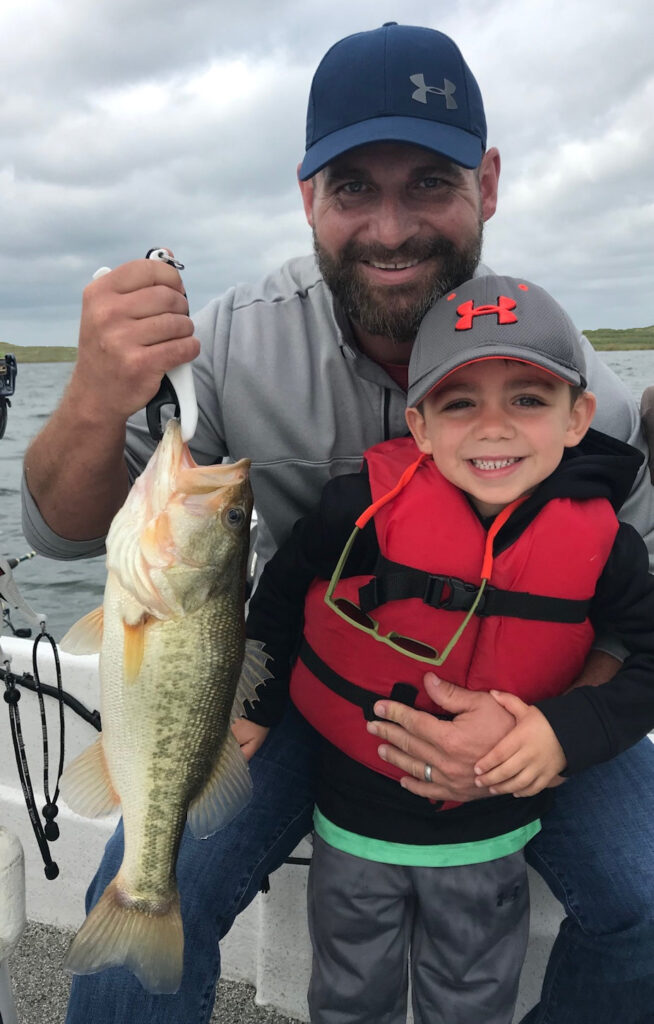 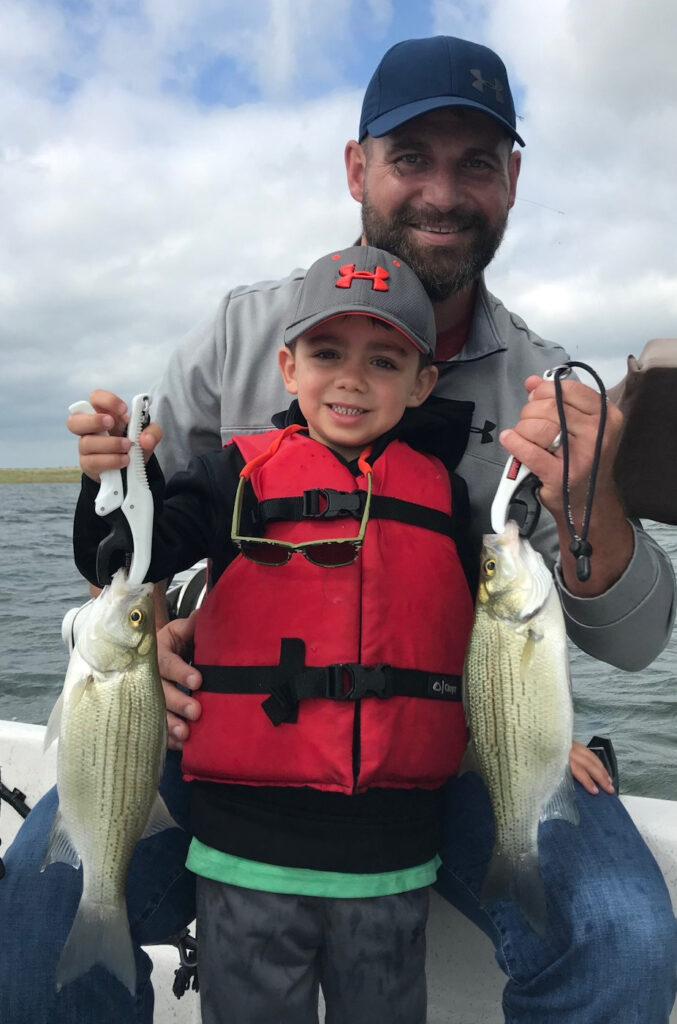 PHOTO CAPTION #2:   Downrigging before the fog developed contributed these nice white bass to the tally.

HOW WE FISHED:  Well the weather threw us a curveball this morning … fog — a persistent fog.  As I arrived at the launch around 6:15A, everything was looking good.  The air was 64F, stars were shining, and (as you can see from the weather forecast pasted in below), we were due for some more southerly winds which began yesterday, and at a good velocity.

We got to the first area I intended to fish, got lines in the water, and, as it got brighter the fish began to respond.  We were on our third white bass of the morning — the first fish Parker had ever encountered — and a very dense fog began to develop.  The combination of humidity and temperature were such that we were now caught in a ground-level cloud. The fishing died where we were, and relocation to 3 other areas also did us no good.

Whenever I have kids aboard I always bring my sunfish gear, and this morning was no exception.  So, while we waited for conditions to improve on the open water bite, we fished shallow, recently flooded cover for sunfish, and did well. Sunfishing requires hand and eyes be constantly engaged, so it is a good fit for elementary-aged kids.  Parker managed 18 sunfish — a combination of bluegill, greens, and longears — as we fished two areas prior to the fog lifting at around 9:30A.

I got back out into open water to search for white bass, finding a few more in our final hour via downriggers.   Just about the time young Parker was requiring lunch, we brought the ‘riggers in, snapped a few photos of our white bass, and then released them.

As we released our fish, I noted an abundance of other fish showed on the bottom beneath the boat as our released fish swam downwards (as seen on sonar).  We quickly grabbed the spinning rods rigged with MAL Lures and, in seconds, were fast to a nice largemouth bass which would be our largest fish of the morning.

OBSERVATIONS:  Temperature profile indicating the thermocline is breaking down…

Wind Speed & Direction:  Calm during the foggy period through, 9:30A, then ramping up quickly to SSW13.

Sky Condition: Fog began to form around 7A and persisted until around 9:30A, giving way to 100% grey skies. 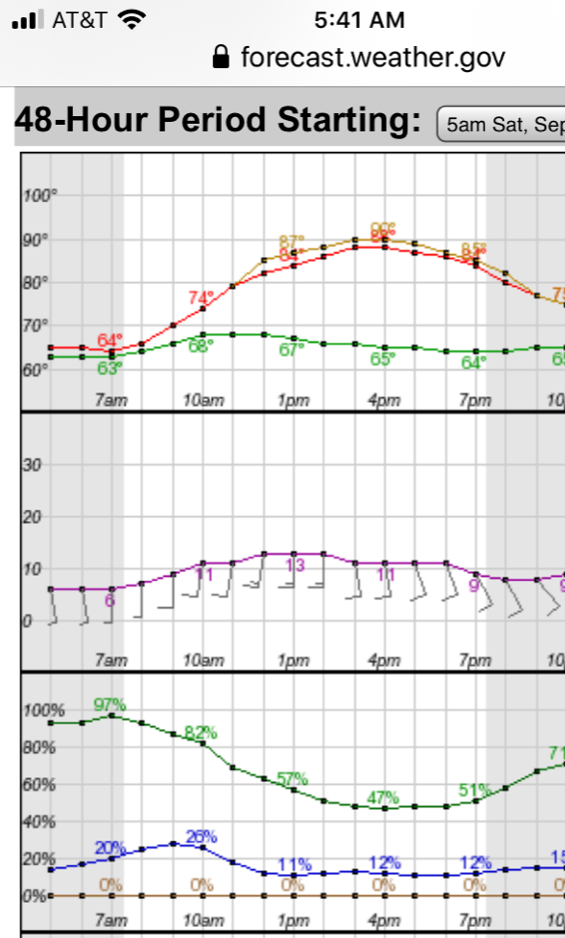