WHO I FISHED WITH: This morning, Wednesday, October 7th, I fished for a second time with Cassandra Matos and her dad, Howard Davis, both of Killeen.

Cassandra contacted me a few weeks back and got a fishing gift certificate for her dad for his birthday from her and her mom.  Since their October 9th experience last year turned out well, they stuck with an early October date for their morning on the water.

Howard is a U.S. Army Vietnam War veteran who retired both from the military where he served as a combat engineer, and from civil service where he worked another 27 years in supplies and logistics.

Cassandra works as a buyer for McLane’s in Temple. 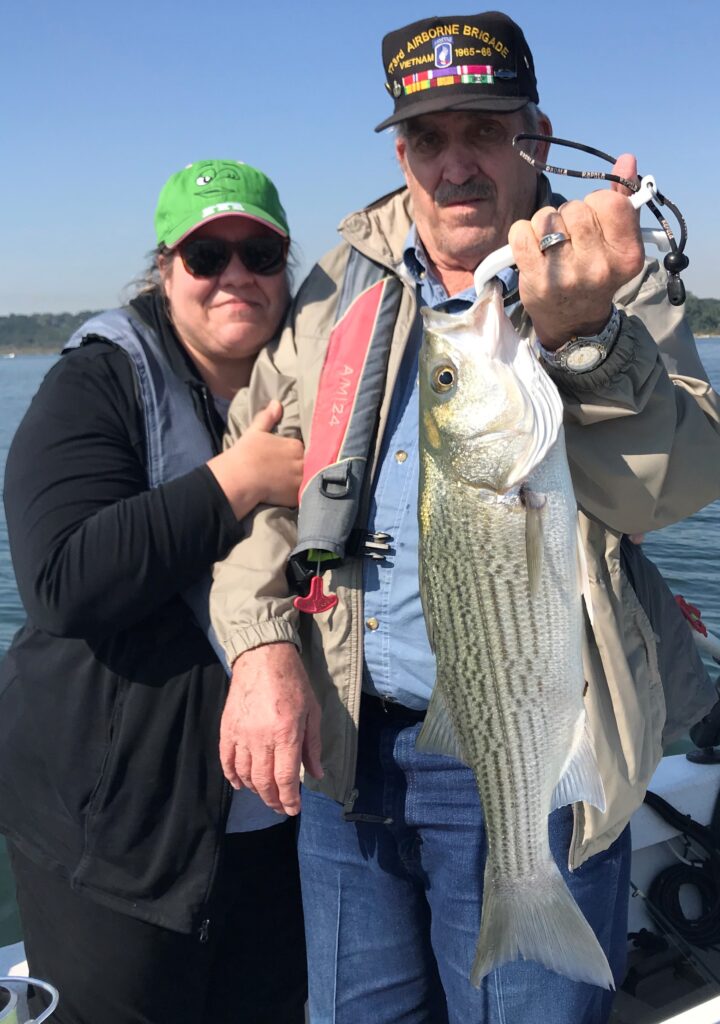 PHOTO CAPTION #1:  Cassandra Matos and her dad, Howard Davis, celebrated his birthday with a fishing trip on Lake Belton.  The pair boated 51 fish, including this 5.25 pound hybrid, and another 6.00 pound hybrid.

HOW WE FISHED:   Fishing was made difficult this morning by bright skies and light winds the entire morning.  When the wind did blow (SE at about 6mph for about 45 minutes), the fish responded well — we enjoyed our most productive window during this time.  Otherwise, we did a lot of moving to catch the few active fish from out of a much greater number of disinterested fish.  Unfortunately, due to terrain and timber, I was not able to downrig in these areas, so a vertical presentation had to suffice.

Other than a quick downrigger bite right at first light, all of the rest of our fish (43 out of 51) came on the MAL Lure worked vertically.

After what little wind we had died, the remaining 3 areas we fished all fished the same  — plenty of fish present, but in a negative mood and fairly transient.  I tried MAL Lures to try to excite the fish, and tried a slow, easing tactic with slabs to tempt sluggish fish, and neither really produced with consistency.

The fish at all of these post-wind areas presented in the same manner — found fish tight to the bottom in a non-feeding posture (flat to bottom).

While fishing Area 1391, we saw multiple hybrid swim by up high in the water column — landed 2.

OBSERVATIONS:  Fish were deep and transient today.  All fish were caught in 35+ feet of water, with the deepest fish coming out of 52 feet of water.  Well-tuned sonar was key in spotting these bottom-hugging fish congregated at those depths. 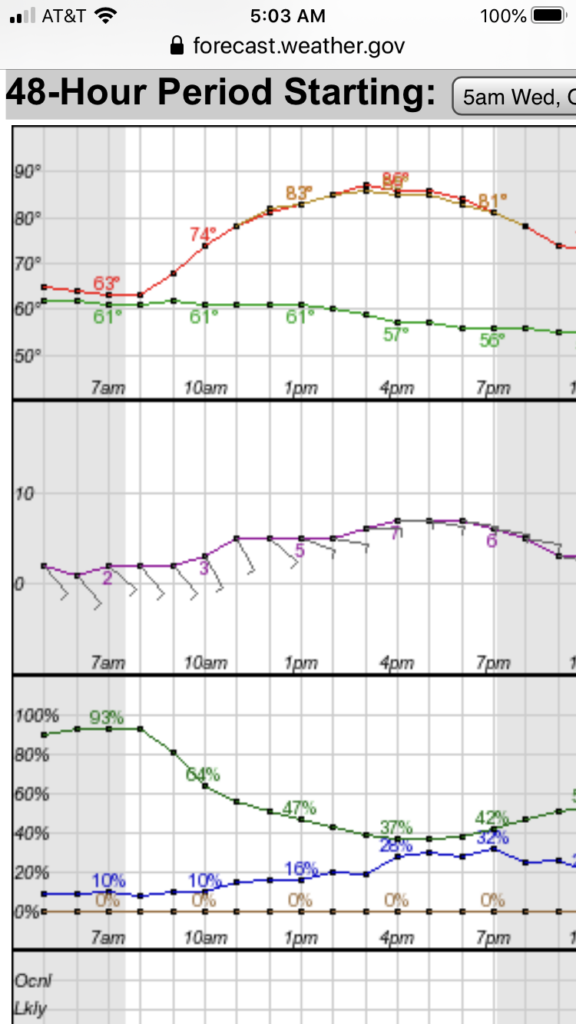 **Area vic 1804 – a brief spurt of low-light activity on the downriggers which quit right as the direct sun struck the calm surface.  We landed 8 fish, including one double before this ended abruptly.

**Area vic B0043G – this was our most productive area of the morning.  From 8:30 to 9:15, we picked up 26 healthy white bass here just as what little wind we had this morning began to blow, then peaked, and before it died off once again.