WHO I FISHED WITH: This past Friday I fished a full-day trip with Gary and Rachel Davidson of Kerrville, TX.  Gary established a CPA firm there back in 1991 and recently stepped back into a semi-retired status.

He and Rachel are both solid anglers and good wingshots, as well.

Although I am glad to have all of my clients aboard, it’s always especially nice to have experienced anglers who, because of their abilities, are able to squeeze all of the potential out of a day on the water.

That is exactly what the Davidson’s did today, boating 262 fish in about 8 hours’ worth of effort.

After laying out of the fishing game for quite some time, the Davidson’s are in the process of procuring a new boat in ~90 days.  Gary came ready to both pick my brain on and see sonar and trolling motor technology put to use in a real-world scenario. 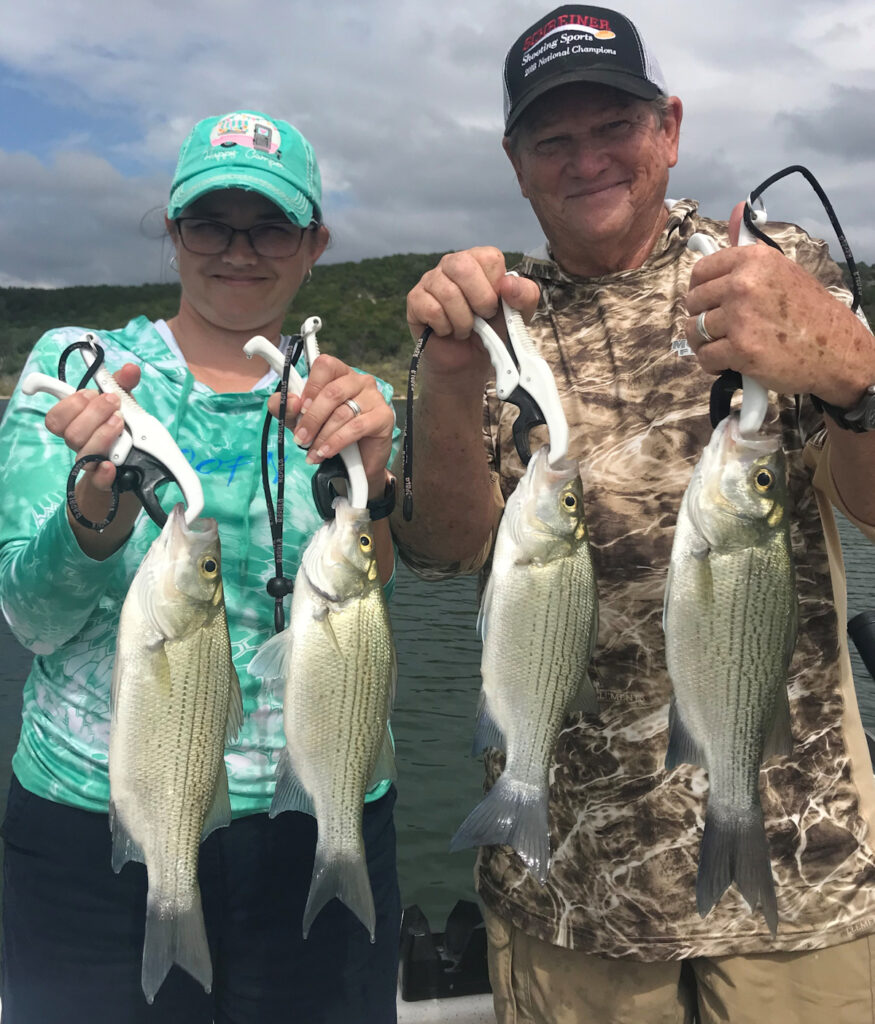 HOW WE FISHED: Aside from 3 white bass caught during a slow, very murky, overcast start to the day on downriggers, every last fish we landed today was taken on either a white MAL Lure or a chartreuse MAL Lure fished with a “smoking” tactic vertically beneath the boat while we hovered atop fish we’d found with sonar.

Although the enthusiasm level of the fish waxed and waned through the course of the day, we caught fish continuously from around 8:45A through noon, then again during the entirety of our 3 hour afternoon leg, from 3-6P.

The best of the best took place from ~10:30 to 11:30A as the skies brightened (although still 100% grey) to squinting-level, and the wind went straightline ~6 with gusts to 9 from NNW.

The Davidson’s quickly comprehended the underwater environment as portrayed on Garmin LiveScope, and were very coachable when it came to their technique using the MAL Lure.  The results proved this out.

OBSERVATIONS:  Best 1-hour window took place with 100% grey skies with enough light intensity to necessitate squinting without sunglasses on, and with humidity at a highpoint for the day, just before afternoon clearing began to kick in.

Sky Condition: 100% grey cloud cover through noon, and 25% white cloud cover on a blue sky in the afternoon 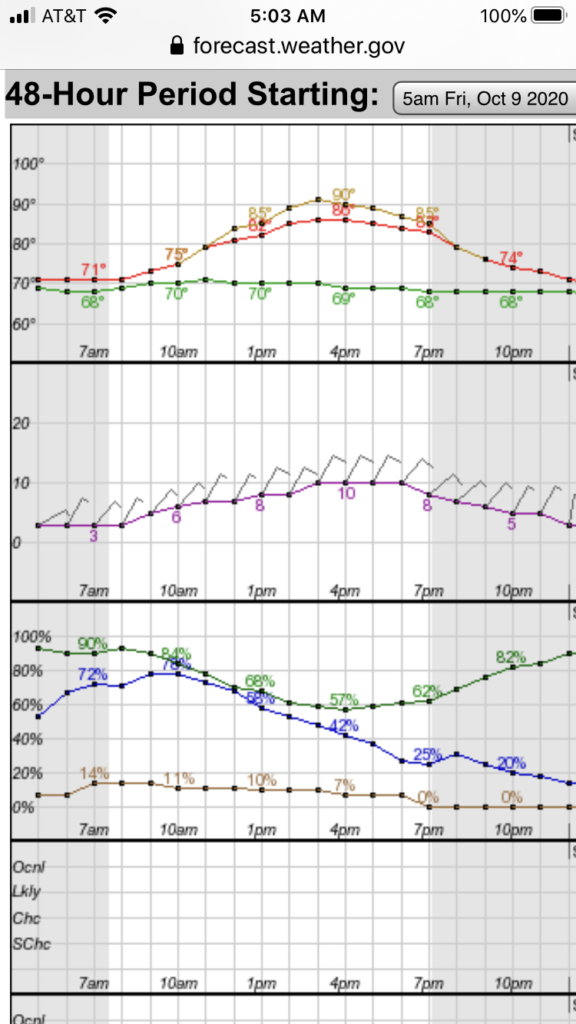 **Area vic B0003C – 72 fish via smoking with MAL as conditions continued to be idea.  Saw light surface action and prolonged feeding activity in the lower half of the water column as viewed on LiveScope