WHO I FISHED WITH: This past Wednesday afternoon, October 21, I fished with Mr. Dennis Rocke’s two grandsons, 10-year-old Malachi, and 6-year-old Hans.  Dennis came a chaperone and able assistant to help me help the boys be successful today.

Dennis, who is working his way toward retiring from the car business, flew down from up north to visit family here in both Central Texas and in the DFW area, and planned this trip with me after his wife located me online.

The boys had limited prior experience with fishing, which, is oftentimes a good thing.  They were very willing to listen and learn and did very well as a result. 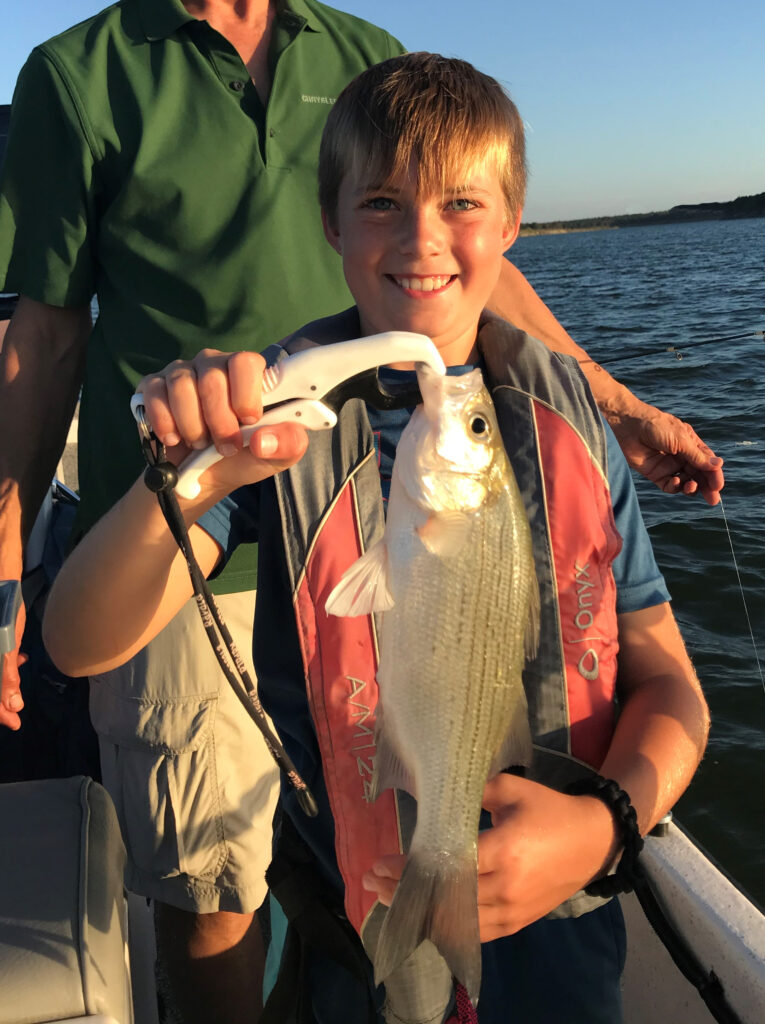 PHOTO CAPTION #1: Malachi Rocke holds one of the 105 white bass he and his younger brother caught while on an outing this past week with their grandfather, Dennis Rocke. 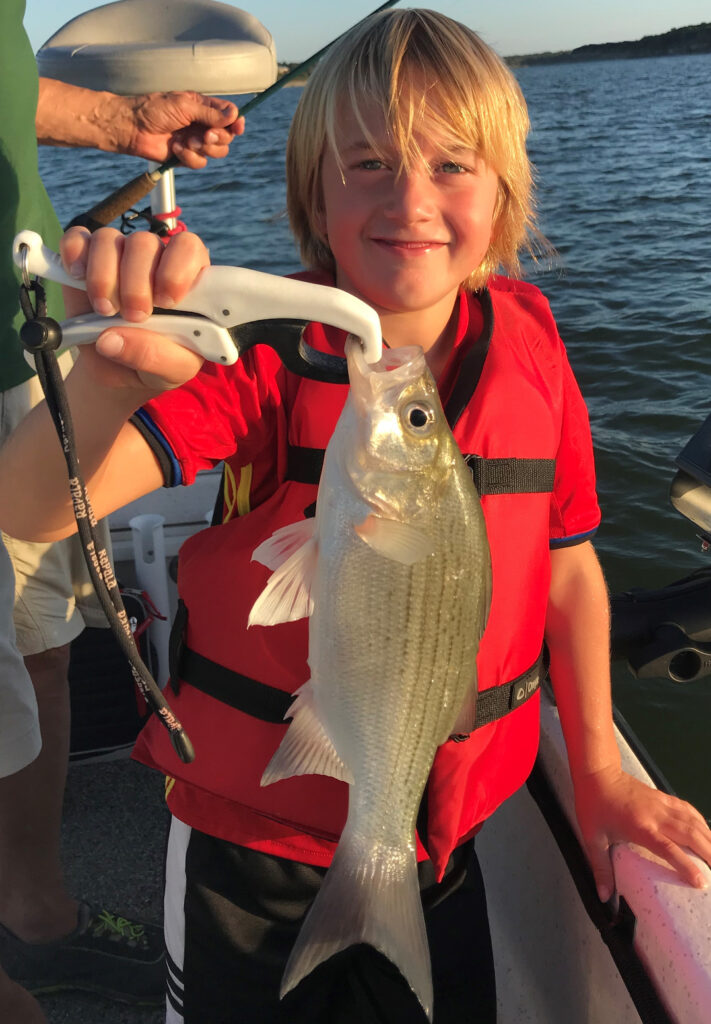 PHOTO CAPTION #2: As has been the case ever since the thermocline developed, and is now the case now that turnover has occurred, the MAL Lure has provided flawless performance, keeping the catching simple and effective.  Here, Hans Rocke holds one of the 105 fish he and his brother landed.

Any time I have elementary-aged kids on board, I shoot for maximum variety.  Sometimes wind, weather, season, and fish behavior limit my options, but today, much was on the table.

We started and ended our afternoon trip working deep water for heavily congregated white bass using vertical “smoking” tactics on spinning rods equipped with MAL Lures.  The boys landed their first 40 fish this way, and their final 30 fish this way.

After spending some time working MAL Lures for white bass (and after Hans’ wrist started hurting thanks to all the reeling he was doing!), we switched gears, went up shallow, and pursued sunfish in the still-warm shallows.  The boys put an easy 25 sunfish in the boat, consisting of both longears and bluegill.

By the time that one stop we made for sunfish played out, we headed off to a bit shallower water and I introduced the boys to downrigging.  We landed 10 fish on the downriggers including 2 sets of triples, on double, and 2 singles.  I could tell the boys like the hands-on approach more, and, since most all of the fish we took up shallow on downriggers were smallish white bass, we broke the MAL Lures back out and fished them right up until the fish quit just minutes after the sun set in the west.

For their efforts, the boys landed a grand total of 105 fish, all released in great shape.

OBSERVATIONS:    The deep bite (35+ feet) dried up right at 6:15 as the shadows lengthened toward sunset around 7P.  We had to move shallower to get bit at that time.

Wind Speed & Direction:  SSE breeze starting at 5 and slowly tapering up to 9 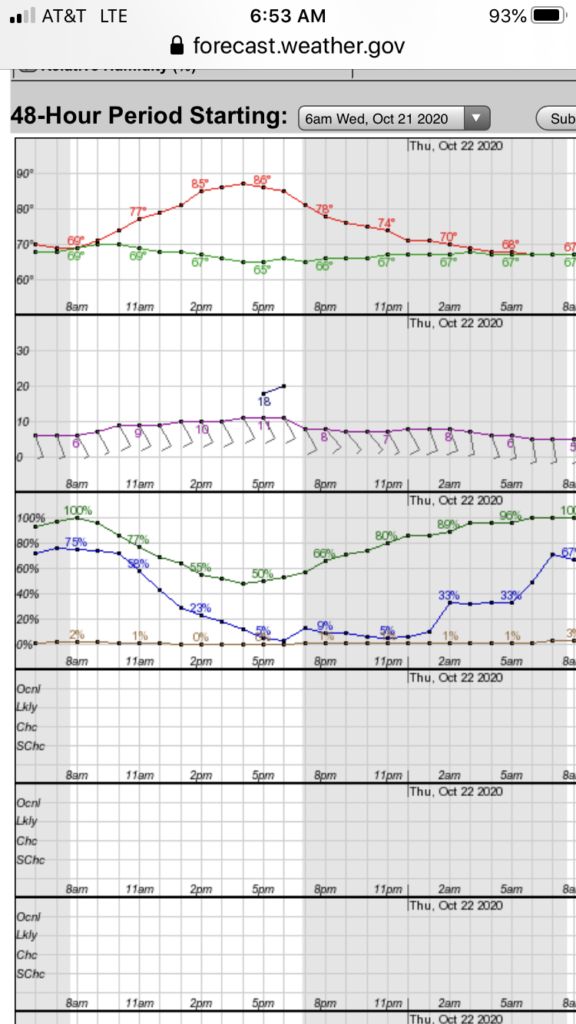