WHO I FISHED WITH: This past Tuesday morning, Election Day 2020, I fished with father-and-son Gary and Nathan Smith of Belton.  The Smiths heard good things about the fishing from the Niemeiers and decided to give it a try.

Gary is the president of Centrifugal Castings in Temple, which is an employee-owned company he’s been a part of for several decades.

Nathan works as an accountant for Baylor Scott & White.

Since Gary lives just a few blocks from the Arrowhead Point boat ramp and requested I pick him and Nathan up there, I gladly did so. 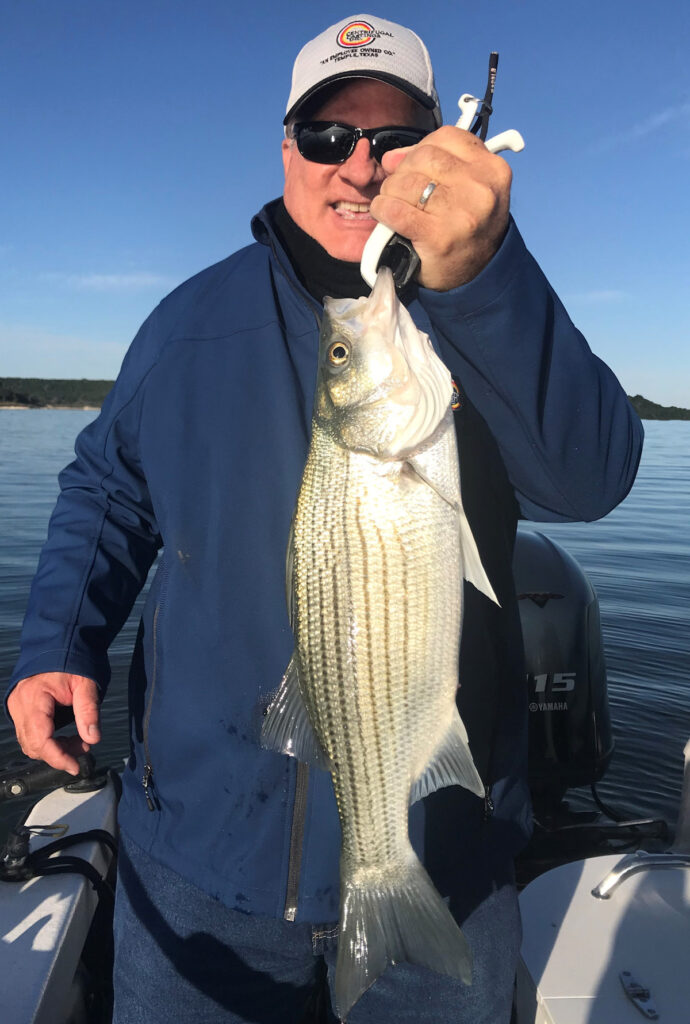 PHOTO CAPTION #1:  Gary Smith with our largest fish of the trip — a hybrid striped bass which was the first fish out of a large school of fish to rise quickly after Gary’s white MAL Lure and engulf it. 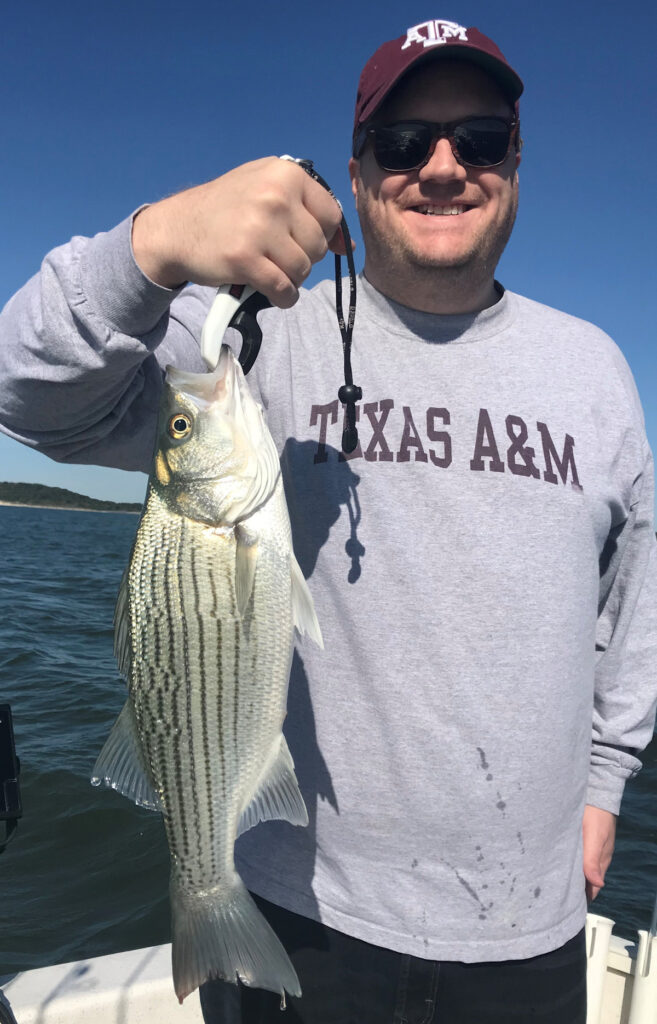 PHOTO CAPTION #2:  Minutes after Gary took two nice hybrid from the same school, Nathan came up with one of his own, also on a white MAL Lure worked vertically. 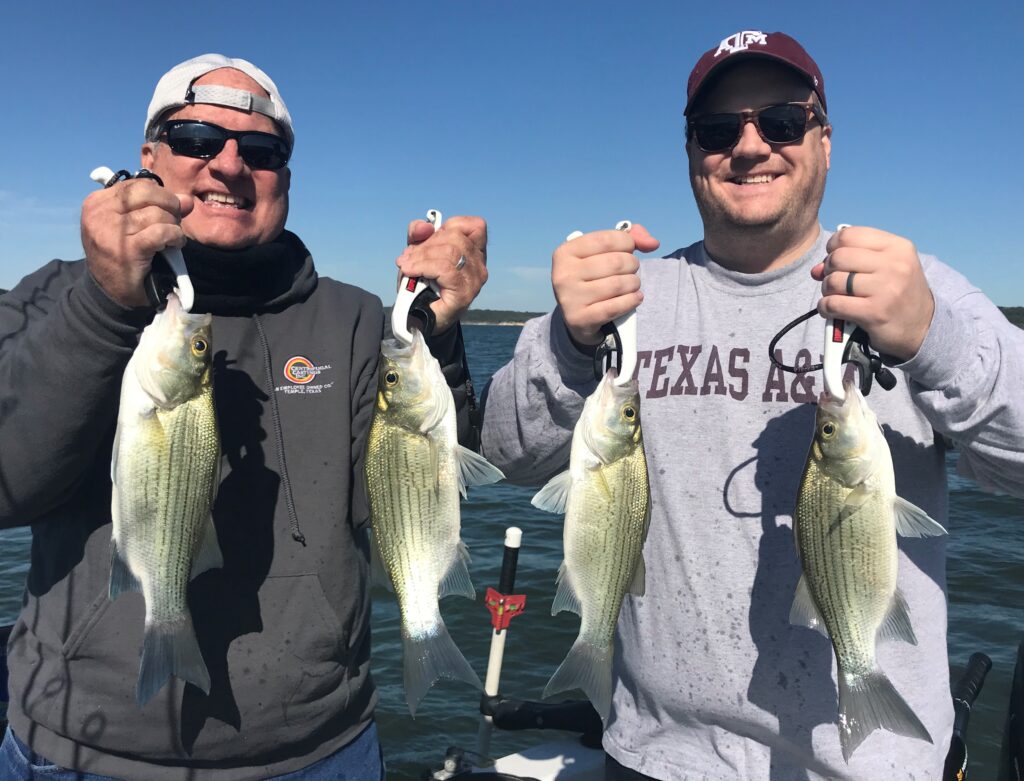 PHOTO CAPTION #3:  In addition to the hybrid, we landed several white bass in the 3-year class.

We got off to a bit of a slow start thanks to calm conditions as sunrise.  We looked deep hoping depth would reduce the light levels which the calm surface and lack of wave action did not accomplish.  We found a small school of fish right around 7:35 after about 30 minutes of searching.  This school fired up for a short while, giving up 8 fish as Gary and Nathan got the kinks worked out of their MAL Lure retrieval technique.

Next, just as the SE wind began to ripple the surface, the season’s first light bird action on Belton led us to two groups of fish within 200 yards of each other.  These two areas produced the lion’s share of our fish.  As I observed the birds and tried to zero in on the fish they were indicating, I noted the odor of baitfish being fed upon wafting in the air.  This isn’t really a fishy smell – it is more like a cross between cut grass and watermelon rind.  It means gamefish are tearing up bait and the oil from that bait is rising to the surface where the wind carries that odor downwind.  I’ve speculated that because shad eat algae, and algae contains chlorophyll, the odor of the chlorophyll (also found in green grass and the green rind of a watermelon) gives it something in common with those other two forms of plant life.

I love that smell because I know some serious catching is about to happen – I wish Yankee Candle made that in a manly Car Jar.

Anyway, once these fish wound down, around 10:05, we moved one final time to 44’ of water and worked over one last school of white bass until they quit, right at 10:50.

100% of our fish came on white MAL Lures fish vertically an at a moderately-paced retrieve.  We landed 4 legal hybrid striped bass, 1 short hybrid, and 199 white bass with one largemouth which escaped by jumping right at the boat (and which was therefore not counted).

OBSERVATIONS:   Today marked the first day this autumn where migratory, fish-eating birds helped lead the way to fish.  Although few gulls are present, approx. 7 ring-bill gulls worked a ~2 acre patch of water and helped me find two distinct schools of fish.  When we arrived under the birds, the air smelled of shad (cut grass/watermelon rind), further indicating a feed was underway. 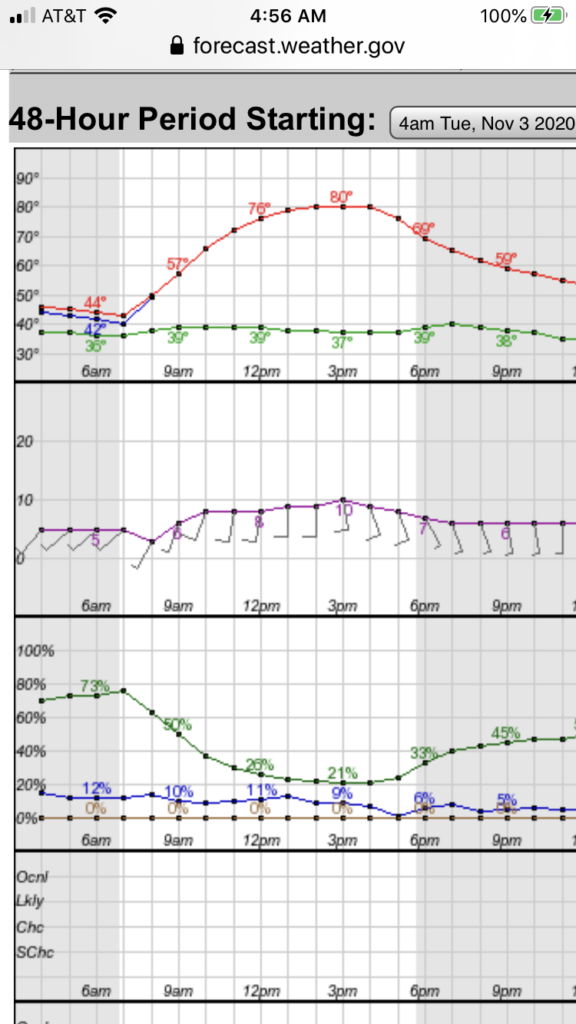