WHO I FISHED WITH: This past Friday morning I fished with a couple from Burleson, TX, — the Wiggins.

Originally, this trip was booked by Linda Hankins of the Belton Small Animal Clinic to share with her friends, the Wiggins, but, overnight, Linda’s dad had some medical issues which landed him in the hospital with Linda and his wife there looking after him (he’s stable now!).

Linda insisted that Dana and Kelly continue their plans to fish with me, so, we did just that.

Dana is a plumber and, although Kelly’s career has been founded in veterinary medicine, she’s currently teaching anatomy and physiology at Tarrant County College, doing everything online.

Although both Dana and Kelly had fished before, neither had ever specifically pursued white bass in the manner we did today.

Kelly told a great story today about attending a veterinary conference in which a well-meaning gentleman signed her in and obtained Kelly’s name badge for her by telling a white lie about Kelly being laid up in a hotel room nursing her twin babies, thus being unable to sign herself in by the evening’s deadline.  When this man met Kelly for the first time through a mutual friend, he introduced himself to her as the father of her twins — a title which has “stuck” for that fellow, whom Kelly became friends with, ever since! 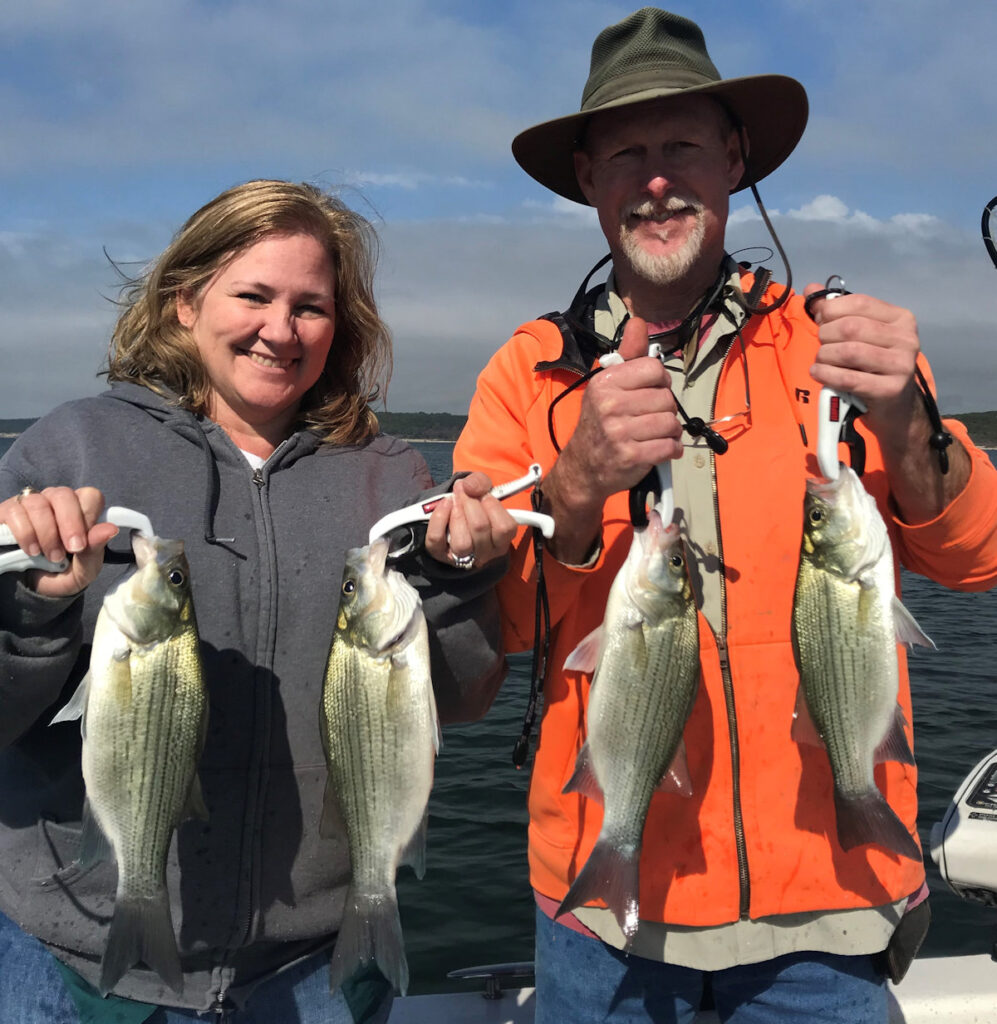 HOW WE FISHED:  Morning trips with winds sufficient to ripple Lake Belton’s surface have been pretty “cut-and-dried”, and if any cloud cover develops, that has been like icing on the cake.  On these 4-hour morning trips, the first hour has been consistently slow; the middle two hours have seen the majority of the catching, and, from around 10:15 to 11:15, there has been a gradual slowdown to nil by 11:15 or so.

We fished four areas today.  I normally will not stop the boat to fish this time of year unless I see an abundance of bottom-hugging fish on sonar.  Such was the case at the last three of these areas we fished.  Knowing the first hour has been slow, I’ve been willing to stop atop more marginal sonar readings during that time.

Once we found fish, the MAL Lure took care of the rest provided it was used with good technique.

Before leaving the dock, I have found it useful to do a “demo” of the technique, and then check each angler out on their own technique so we don’t miss any fish to poor technique once the fish are found.

At our second stop of the morning, I’ll “layer in” the use of Garmin LiveScope, and then sit back and just tactfully coach, take off fish, and generally be helpful as my folks have fun catching.

Wind Speed & Direction:  Winds were NNE 6-10 all morning following an overnight wind shift from the S. 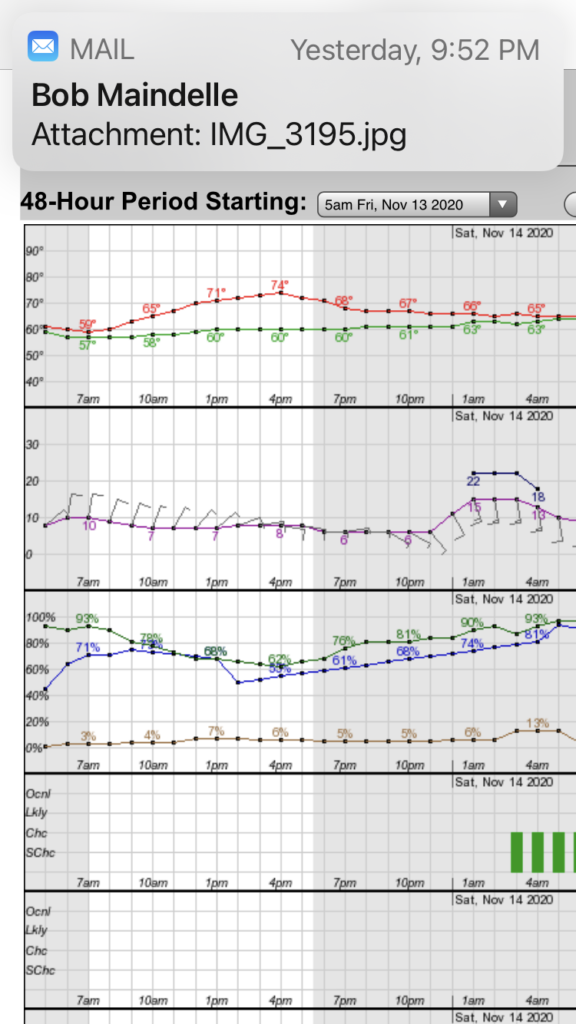