WHO I FISHED WITH: This past Saturday morning I fished with Brett Williams and his two kids, 23-year old Brett II, and 10-year-old Trinity.

I got to know Brett last year when the two of us met at Rogers Park boat ramp on Belton following a morning of fishing.  Brett serves as the executive director at the Ralph Wilson Youth Club in Temple and was recently re-elected as a trustee for the Killeen Independent School District.

We talked about the possibility of getting RWYC kids out fishing during the summer months, but, COVID-19 neatly curtailed that idea, at least for the summer of ’20.

Brett II is soon to graduate from Texas A&M with a degree in civil engineering, and Trinity is working her way through 5th grade in the Killeen ISD. 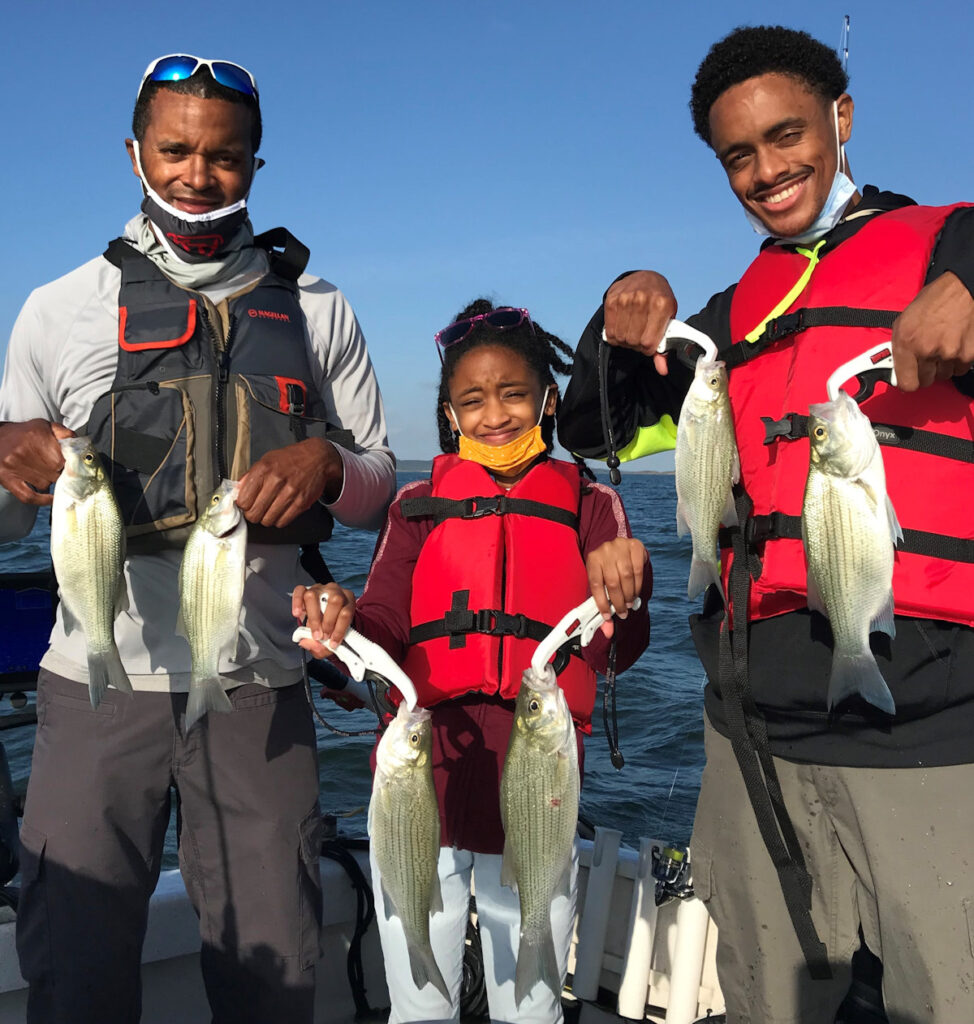 PHOTO CAPTION #1:   From left: Brett Willams I, Trinity Williams, and Brett Williams II, each with a pair of the white bass we’d landed up to our trip’s mid-point.  The Willams crew would go on to land a total of 106 this morning, despite high winds hindering our efforts.

The wind forecast I woke up to this morning was very different from the one I studied heading to bed the night before; so different, in fact, that I made a last-minute change to our meeting location so as not to launch from a ramp it would be dangerous (or impossible) to return to by boat should the winds get as bad as forecast, or worse.  This turned out to be a good move.

As I launched, the pre-dawn air was humid, with grey cloud cover keeping the previous day’s heat in, and leaving the air temperature right at 70F.  A southerly breeze around 10 was already blowing.

As the Williams family arrived, we did a launch site train-up on the technique we’d employ with the MAL Lures once I found sufficiently congregated fish to fish for.

We then headed out to hunt for fish.  I passed on two locations, each with fish on them, but with those fish showing to be super-tight to the bottom and only in small clusters.

At the third area I searched, we found what we were after — a large congregation of fish (perhaps 30-40 yards in diameter) which were already rising off the bottom to feed as indicated by obvious target separation on both down-imaging and colored sonar.   I got the boat in “Spot-Lock” directly over top of these fish and we went to work on them, with the Williams employing their newly practiced vertical fishing skills very well.

The first few fish hooked allowed me to do some further coaching, and from that point on we caught fish continuously right up until they ground to a halt between 11 and 11:30 AM.

All things being equal, I like to be in open, wind-blown areas, but today, by 10:15AM, that was no longer safe, so, we retreated to more protected waters which I had not fished during the mornings in a white, but which have consistently held fish during my recent afternoon outings.

As we checked our very first wind-protected area, side-imaging indicated a nice school of fish out to our left.  Using the i-Pilot Link feature, I directed the trolling motor to that school of fish, just hoping they’d stay put long enough for us to catch just one and thereby get the entire school enticed to stay in our vicinity.  That soon became a reality, and, despite the wind, we were able to put a final 26 fish in the boat to take our morning’s tally up over 100 fish, including 1 largemouth bass, 1 drum, and 104 white bass.

Brett was, literally and figuratively, blown away.  Blown away literally by the stiff wind, but, more importantly, blown away by the real-world application of sonar technology which led to our fishing success this morning.  As owner of a bass boat equipped with Lowrance sonar, he realized he is not getting near the full potential out of his equipment, and came away with a number of lessons learned which will help him in his own pursuit of fish going forward.

Wind Speed & Direction:  Winds were S all morning, starting a 10-11, and increasing quickly to 16+ by 10AM, then slowly going even higher between 10A and 11A forcing us off of more open water areas 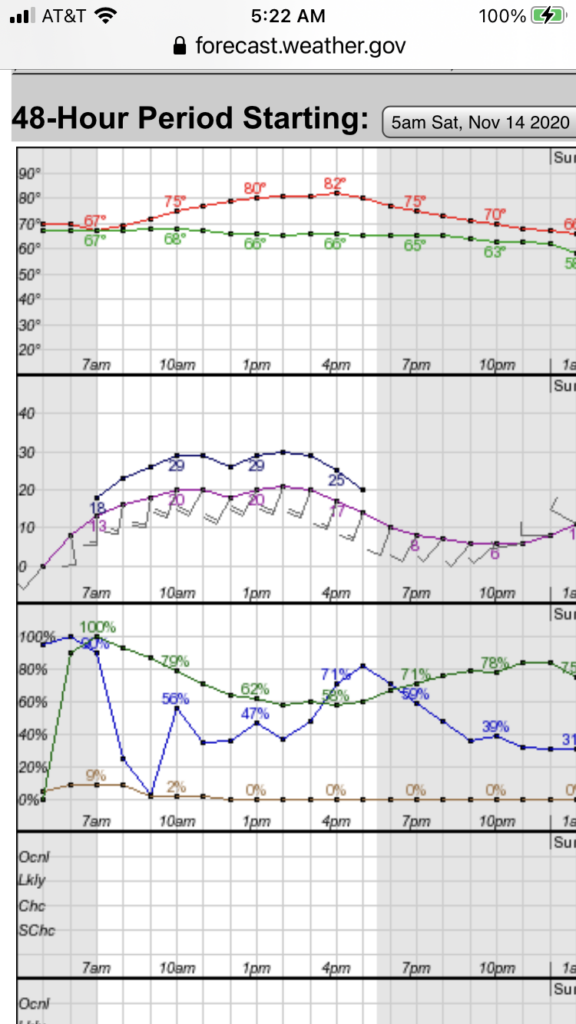