WHO I FISHED WITH: This morning, Tuesday, November 17th, I fished with Dr. Jim Wood of McGregor, TX, and a friend of his, Chad Tarvestad.

Jim was on my standby list in the event I had a postponement/cancellation.  The fellow I was due to provide sonar training to today had equipment issues, so, Jim jumped on the opening.

Jim’s medical specialty is wound care — a field he is ‘slowly retiring’ from.  He’s also a model train enthusiast.  So, when I asked him how many days a month he’s now working, he told me “about three”, and I observed that that was just enough for “electric train money and then some”.  He chuckled, and agreed.

Chad is a U.S. Army veteran originally from North Dakota. 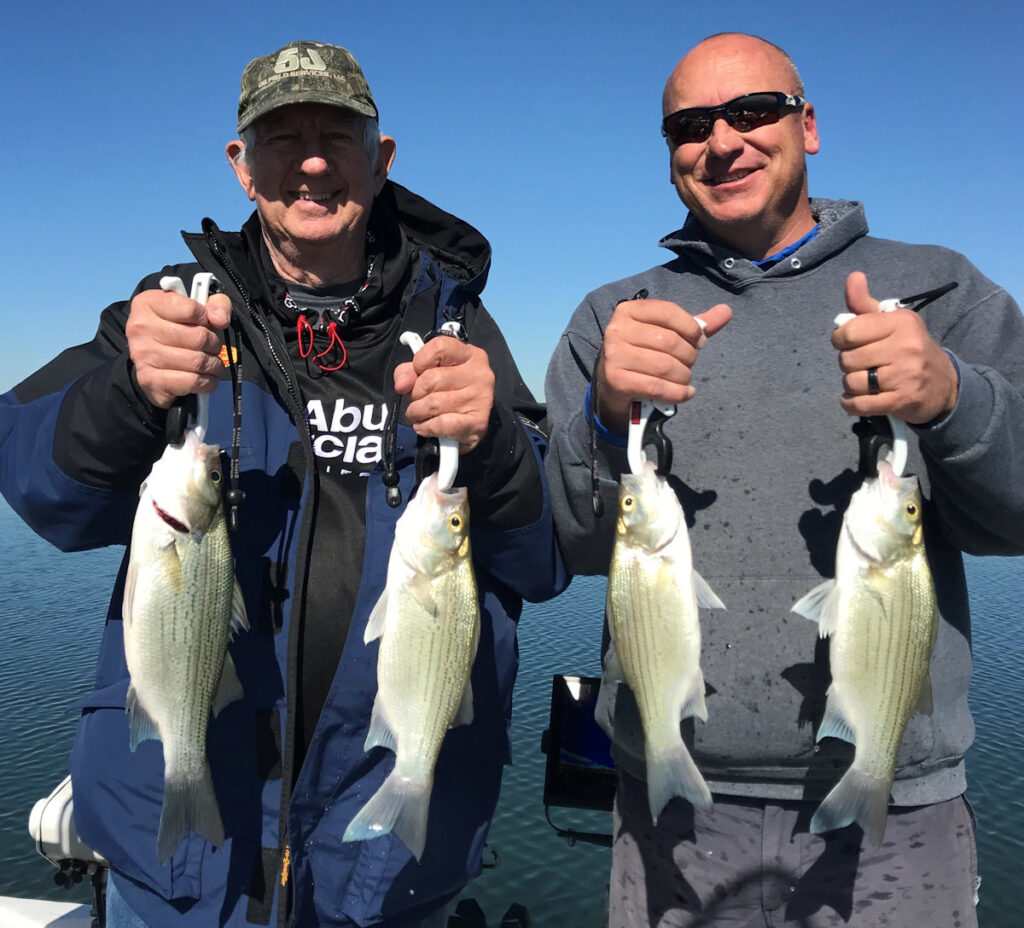 PHOTO CAPTION #1:   From left:  Dr. Jim Wood and Chad Tarvestad with a portion of their 119 fish catch made on vertical presentations this morning.

After cancelling a trip yesterday due to “textbook” post-frontal conditions (cold, calm, clear), we were due to have a bit more wind today, about which I was encouraged.

I moved our start time back to 7:30AM, and allowed the sun to rise and begin to fully shine on the water before we began hunting fish.

Our first area searched was a bust.  The second area produced fish from out of 43 feet of water.  We used MAL Lures worked vertically to put our first 38 fish in the boat, all of which were white bass.

Our next stop, made with a gentler breeze now blowing, gave up another 25 white bass from out of 52 feet of water, also on MAL Lures worked with a moderate cadence.

As we kept fishing, the wind kept dying.  Our third area gave up 18 fish; our fourth area gave up 29 fish, and the last area we hit gave up a final 9 fish.

We watched the wind go out of the fishes’ sails at that final spot we hit as the fish perked up as soon as we let our baits down, but then, after just 3 fish caught, the interest level dropped off with fish either half-heartedly chasing our baits, or not chasing them at all.

After having experienced this “end of the morning feed” routine the fish have been doing around 11-11:30AM, I came prepared with small slabs (3/8 oz. Hazy Eye Slabs with stinger hooks attached) to try a finesse presentation if/when the fish reached this point.

We put our final 6 fish in the boat using this “easing” tactic, but it was painfully slow fishing.  By 11:40, the fish were done.

OBSERVATIONS: Still no helpful bird activity in any amount after just 2 days of minimal assistance 2 weeks ago.  I think it just hasn’t been cold enough long enough to get the birds pushed down here and get the fish oriented on suspended bait quite yet.

Wind Speed & Direction:  Winds were WNW at 12 at sunrise, slowly tapering to near calm by 10:05A, then shifting SE1-3 thereafter. 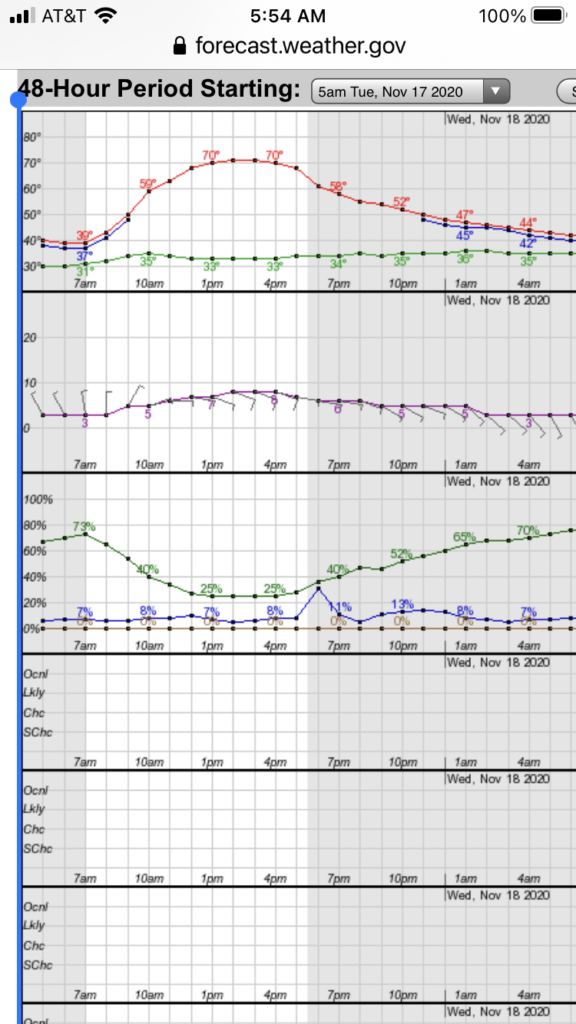