WHO I FISHED WITH: This past Tuesday afternoon, Dec. 29th, I fished with one of my most regular clients, Steve Niemeier, accompanied by his granddaughter, Macy Fowler, and Macy’s friend, Willow Pratt.

Although Macy moved to a different school district during her third grade year, she and Willow have remained friends since first meeting in pre-school.

Willow had been fishing before, but never on a boat.  And, the weather she fished in was much more fair than the blustery damp conditions we took on as the afternoon progressed toward sunset. 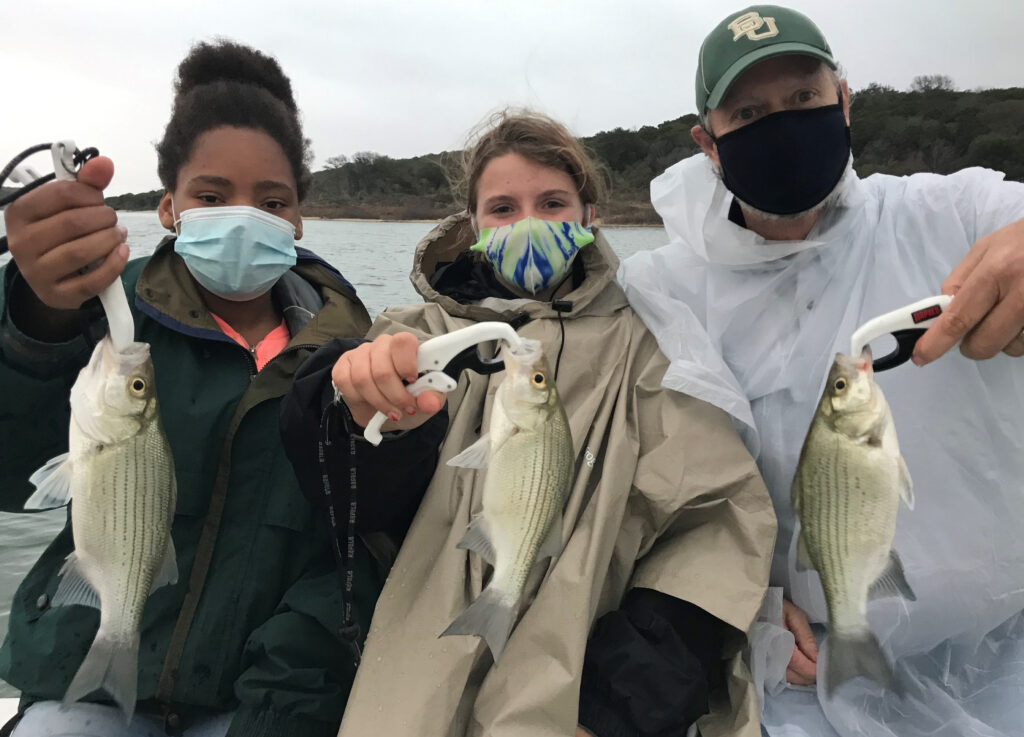 PHOTO CAPTION #1:  From left:  Willow Pratt, Macy Fowler, and Steve Niemeier, each with one of the 101 fish they landed after laboring for 4+ hours on what will likely be the last balmy winter afternoon for some time to come.

As I greeted Steve and crew, talk immediately focused on catching 100 fish.  If the fishing was as good in the afternoon as it was earlier in the morning, that would be doable, but, I’ve been doing this long enough to know that a great AM bite and great PM bite in the same day is a rarity.  In addition, the wind was a wildcard today — it was calmer than forecast in the morning, but this afternoon it would hinder a bit.

Fortunately, both girls had a “reach the goal” mindset and were persistent.  I actually complimented Willow on being very coachable.  She made a few rookie mistakes with her technique, as everyone does the first time they work slabs the way we did today, but, once I pointed those things out and demonstrated what I was trying to get her to do, she got right on it and focused on doing it better.  She definitely won the “most improved” title for the morning.

As we got lines in the water, it became immediately clear that we would have to work for our fish this afternoon.  We found plenty of fish, but, they were flattened out on bottom and took a lot of coaxing.

For every 20 or 30 fish we teased up far enough off bottom to get full target separation on Garmin LiveScope, only 1 or 2 would continue to move toward the lure to strike.

But, move 4 lures enough times correctly over enough fish, and you can still piece together a decent trip even when the fish don’t cooperate real well; and that’s what we did today.

Due to the wind and having young anglers on board, I stuck with the 5/8 oz. white Hazy Eye Slab with stinger hook (I would otherwise have chosen the lighter 3/8 oz. version).  With the water now in the low to mid-50’s, that stinger hook is now accounting for well over half of my caught fish and nearly every single largemouth bass we catch as bycatch is hooked primarily on the stinger.  I see this occur at this time of year, every year.

We used an easing tactic in most areas, and, on a few occasions when the fish would lift off bottom in numbers, we used a slow smoking tactic.

Sky Condition: Grey cloud cover with mist and some brief, light rain in the last 90 minutes before sunset. 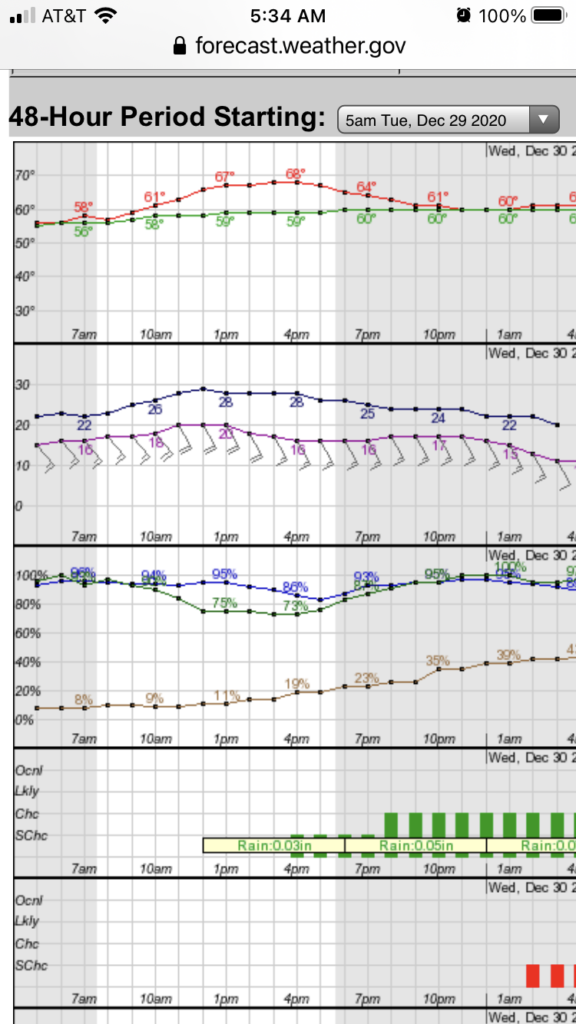