WHO I FISHED WITH:  This past Tuesday afternoon I fished with Dave and Andy Covington of Belton, TX, with Dave’s mom, Terri, coming along as a spectator, videographer, photographer, and snack-passer-outer.

Terri got this trip as a Christmas present for Andy (who, at age 7, originally asked for a boat for Christmas!).  In early December when Terri and I spoke by phone about this arrangement, we somewhat randomly chose Wednesday, Dec. 30th, as the date to make the trip happen, however, Mother Nature had other things in mind as we had a cold, wet downpour all day that day.

We relooked at the weather forecast and the Belton Independent School District calendar, and agreed that this date worked in both regards.  Things turned out as well as can be expected fishing with a 7-year-old in 50-degree water… 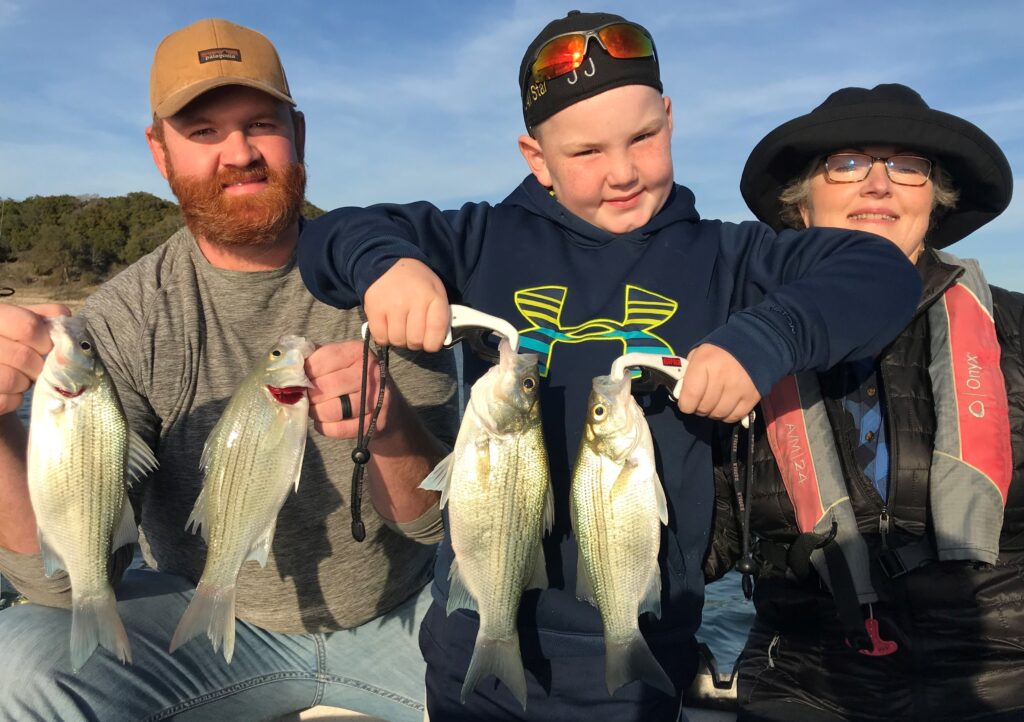 With a pretty solid weather forecast (SE winds on the end of a 3-day warmup, and with building cloud cover) I was not concerned so much about finding biting fish as I was in coaching Andy to stay consistent with the pretty demanding tactics we would have to employ to enjoy sustained action.

Fortunately, like many kids engaged in sports, he was coachable, and he also connected his own level of attention to detail with his success rate  — he understood his chances to catch fish were best when he carefully tried doing everything right, every time.

Because we were between weather fronts, the fish were feeding, but sort of lackadaisically, so we went with small, 3/8 oz. white Hazy Eye Slabs with stinger hooks, and worked them with an easing tactic on, and just off, the bottom.

As is often the case in such scenarios, most of our results at each area we visited were front-loaded, meaning we’d catch most of the fish we were going to catch at a given area right after starting our presentations, only to have the interest level drop off sharply after only a short period of time.

This simply meant we had to move routinely, if only a few boat-lengths away, to keep fish interested.

As we fished our first area, the subject of superstitions about fishing came up.  I told my crew how some people get really caught up in connecting things with no bearing on fishing whatsoever to their fishing success, such as wearing a “lucky” fishing hat or shirt.  It was then that Dave shared with us that he, personally, was sortastitious, but definitely not superstitious.

Thanks to cloud cover building in the western sky late in the afternoon, the light level began to dim well before sunrise, thus shifting the bite up shallower than during the first two-thirds of the trip.

We closed out the trip in between 22-26 feet of water taking fish at the fastest pace of the entire trip in our last 40 minutes on the water as the fish put on a low-light feed which I haven’t observed in quite sometime.

We ended up with 68 fish by the time they shut down right at sunset.

OBSERVATIONS:  We experienced a strong low-light feed this evening in the last 40 minutes preceding sunset; the action then died suddenly once the sun set. 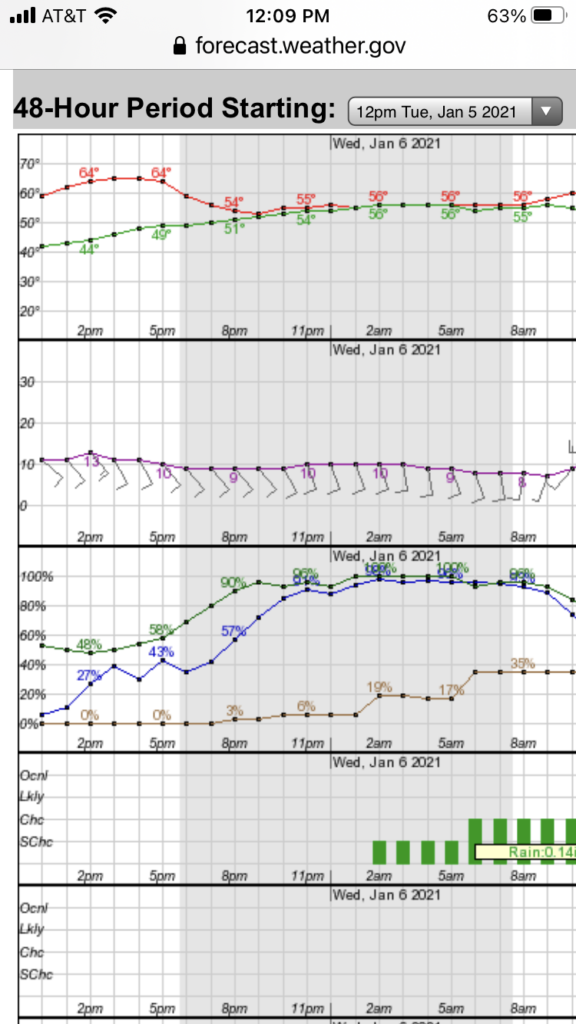