WHO I FISHED WITH:  This past Thursday afternoon, Jan. 14th, I fished with returning guest Stiles Parker with ABC Building Supply, and welcomed aboard for the first time two clients of his from Heritage Home Services, Mike Hall, and Keith Bailey.

A mild, dry front hit around 10AM, winds ramped up and peaked from noon to 2pm, then began to taper down.

We had no choice, based on wind speed and direction, but to fish Lake Belton. 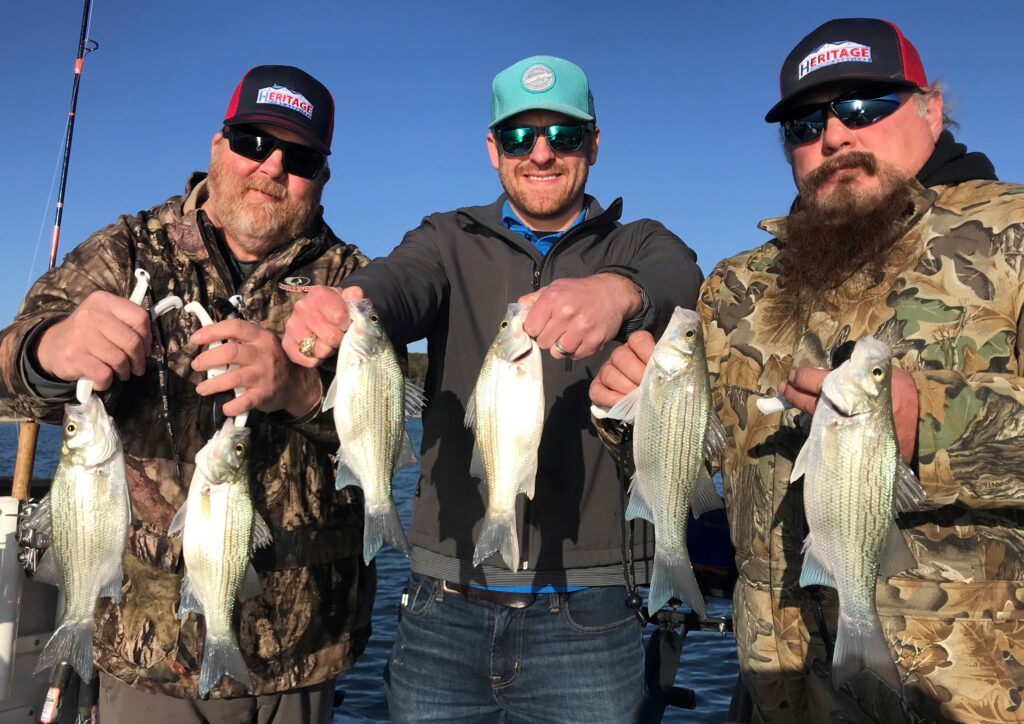 PHOTO CAPTION:   From left: Keith Bailey, Stiles Parker, and Mike Hall teamed up for a 101 fish outing on a wind-blown Lake Belton as a mild, dry cold front impacted our weather and fishing. 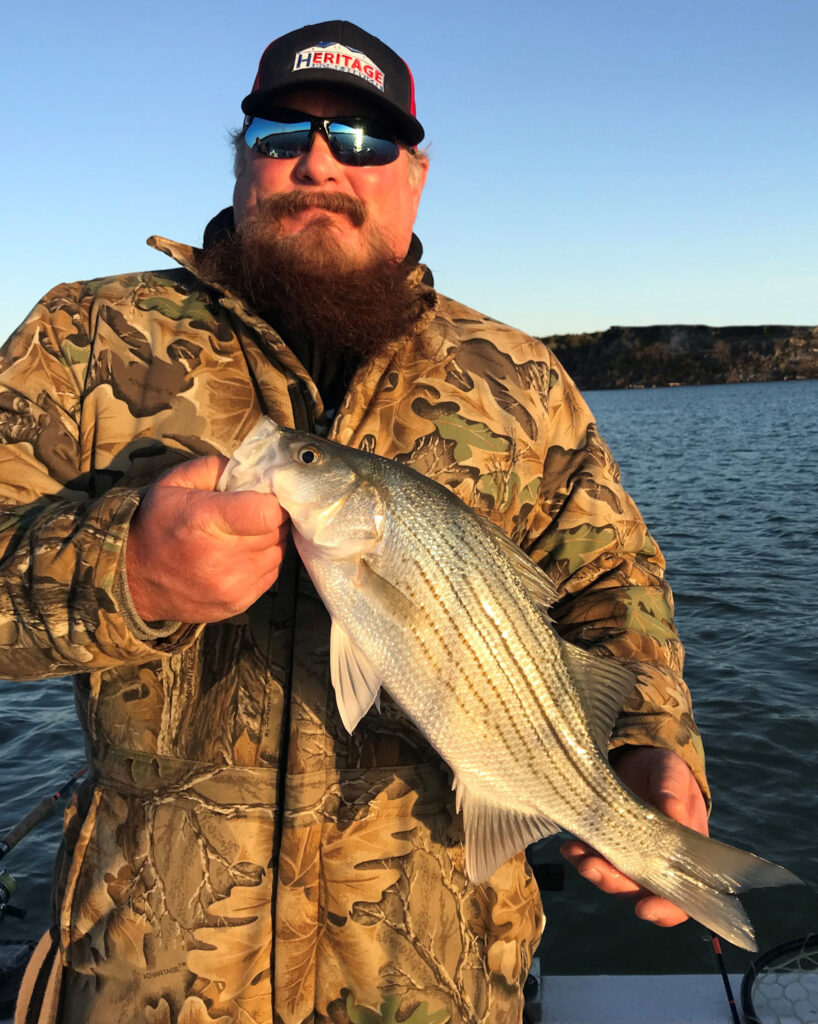 PHOTO CAPTION:  Mike boated our largest fish of the trip — an 18+” hybrid striper, likely from the 2018 stocking.

Due to high winds in the wake of the passage of a cold front which barreled through in the 10 o’clock hour, we fished where conditions were conducive to boat control, which was not in an awful lot of areas.

White bass and the shad they dine on tend to like wind-blown areas and the wind-blown sides of underwater topography, so we did not “hide” from the wind, we simply went to areas where the lakeside topography reduced the wind velocity enough for us to hold position so we could present our light-weight slabs effectively.  It was still blowing plenty on the water we fished.

Belton tends to produce smaller white bass in the wintertime, as many bodies of water do, so I rigged us up in advance with the smallest tool in my arsenal, the 3/8 oz. Hazy Eye Slab with stinger hook.

We hit right at eight distinct areas, starting in deep, 40+ foot water as the sun shone brightly, and moved up shallower into 20-25 foot water as sunset approached.

As you might expect with the front having passed and wind velocity coming down, the bite intensity slowly decreased throughout the afternoon.  Most of the places we hit gave up a majority of the fish in the first few minutes spent there, then the novelty-factor fell off, the fish grew indifferent to our efforts, and we had to move to find another group to excite.

With about an hour of fishing light left, our tally stood at 79 fish.  I told everyone if they would focus on keeping their technique solid, we could hit a 100-fish afternoon by sunset.  Everyone redoubled their efforts to keep their depth adjusted well, their retrieve speed spot-on, and to employ the hook-setting efforts I’d been coaching on.

By 5:40, the fish were done and we had swung exactly 101 fish over the gunwales in a great team effort.

This was the first time Keith and Mike had seen or used Garmin LiveScope and the tactics made possible by positioning precisely with the combination of Minn Kota Spot-Lock and Humminbird side-imaging.  That made the trip for them regardless of the fishing, and they said so numerous times.

A great crew I hope to fish with again!

Wind Speed & Direction: WNW22 straight-line, gusting higher right as we got going, and steadily tapering back to WNW14 by trip’s end 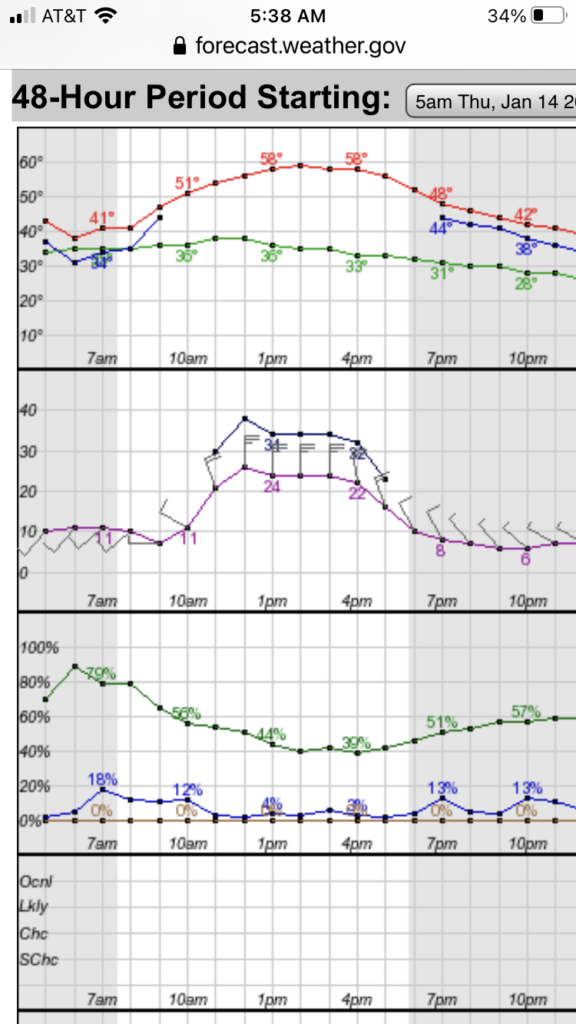