WHO I FISHED WITH:  This past Saturday morning, January 16th, I welcomed aboard father-and-son team Tim and Reese Atkinson.  Tim just retired from Wilsonart International in Temple where he led the sales department for many years.  Reese is himself a salesman focused on heavy equipment down in the Austin area.

Tim’s wife presented him with a fishing gift certificate for his birthday back in October, and today was the day to redeem it.

Despite less than ideal conditions (bright, cloudless skies, and just-sufficient winds) we were able to put 77 fish in the boat, including another quality take of chunky largemouth. 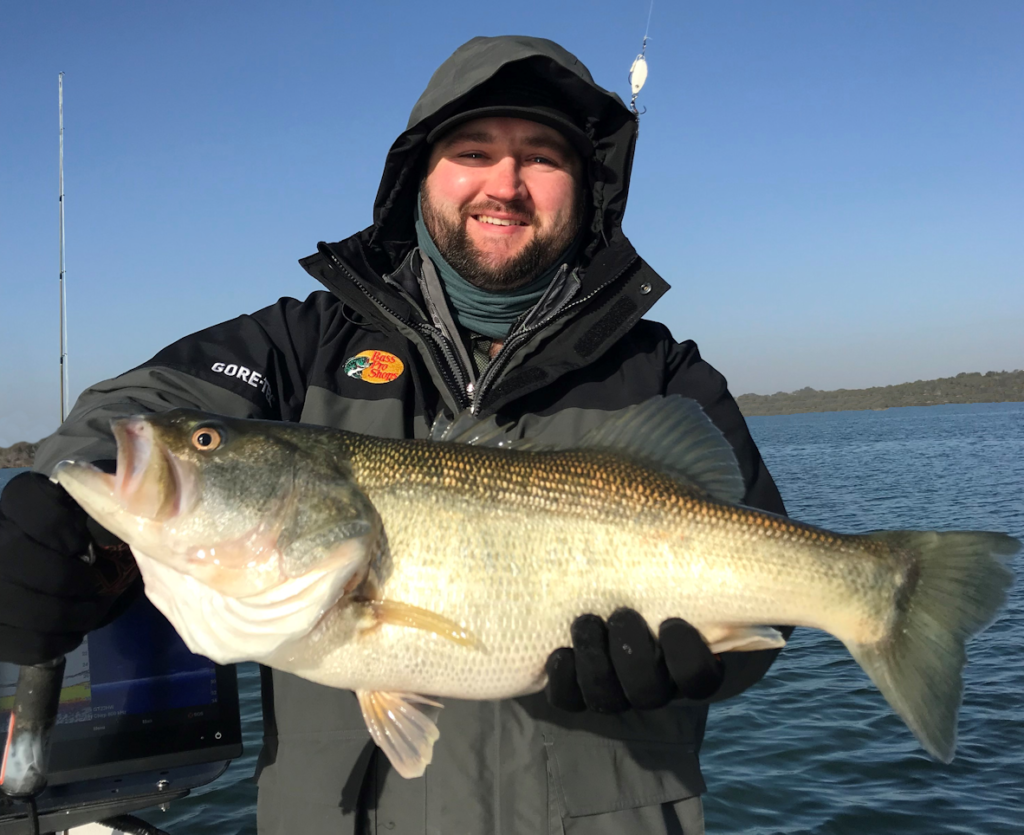 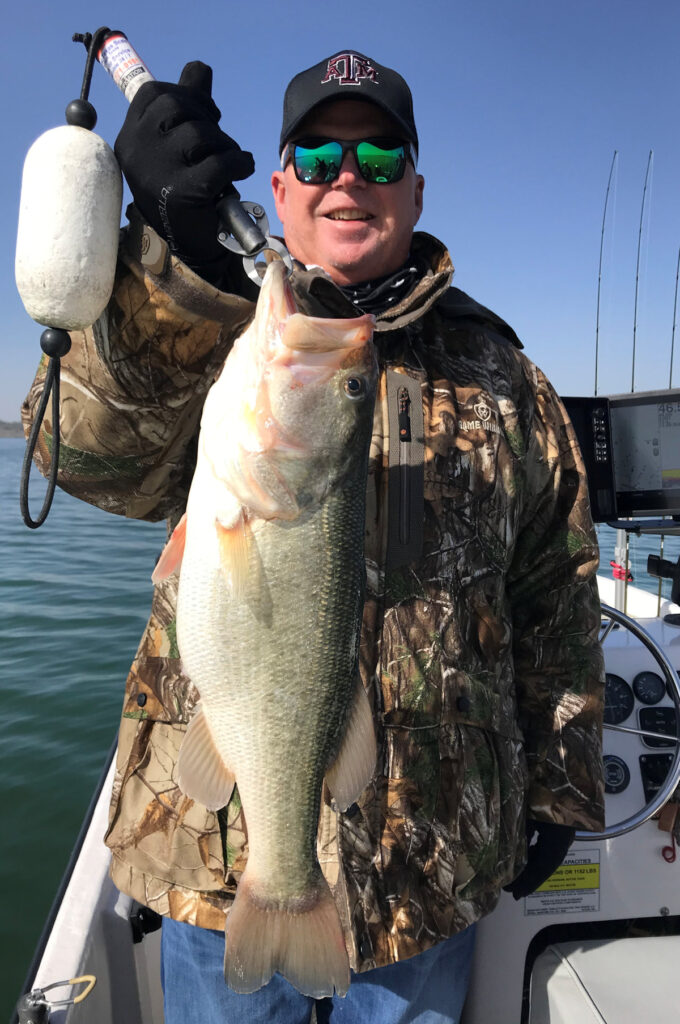 PHOTO CAPTION:  Later in the morning, Tim pitched in with this nice 5 1/8-pound largemouth.  This one took the 3/4 oz. Hazy Eye Slab with stinger hook as we worked larger baits for more aggressive white bass.  The weight helped get our lures back to bottom more quickly while the fish were ramped up so we could “make hay while the sun shone”. 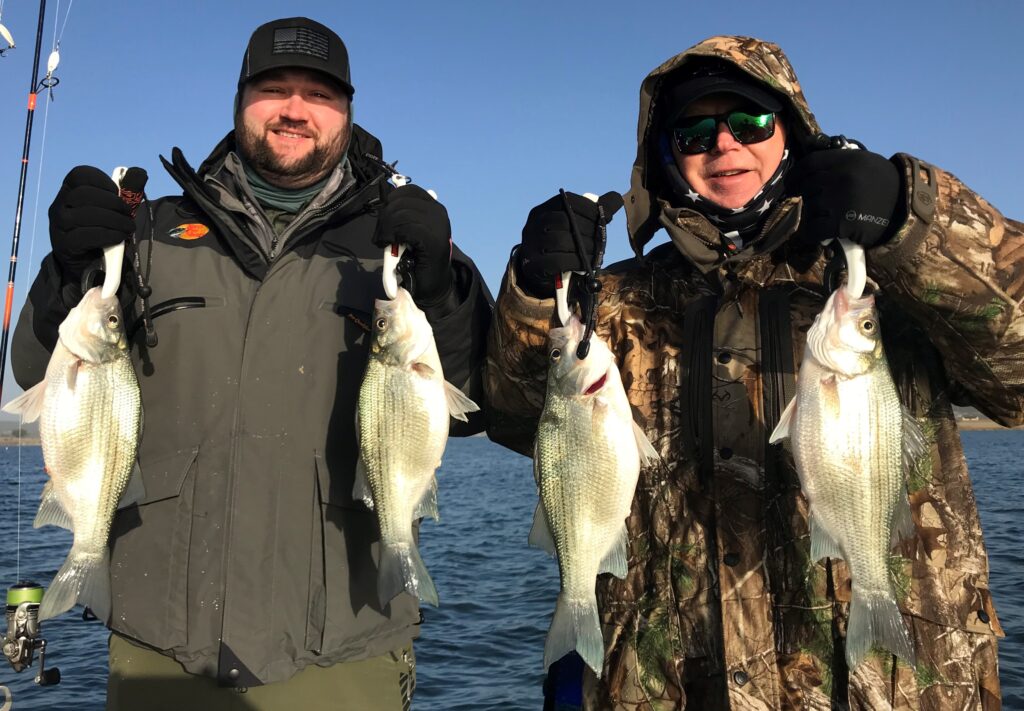 PHOTO CAPTION:  A sampling of the quality white bass we took this morning — the females’ flanks are beginning to bulge with spawn.

Our target species this morning was white bass.  We enjoyed helpful, albeit brief, bird activity which pointed the way to the fish we caught at our first two stops of the morning.  After about 9:30, we were on our own to find fish strictly via sonar.

As is often the case on Stillhouse in the winter, the fish were actively patrolling deep flats in small wolfpacks beginning at sunrise, and, once that strong feed was over, they consolidated within yards of the river channel.

We took all of our fish on Hazy Eye Slabs with stinger hooks attached, alternating between the light 3/8 oz. slab and the heavier 3/4 oz. slab as fish behavior dictated.  When the fish were really fired up and Garmin LiveScope revealed they were suspended off bottom, we went with the larger slabs.  When the fish were more sedate, with little or no target separation observable between them and the bottom, we opted for the finesse of the 3/8 oz. slabs.

We used either an easing tactic (for slow fish) or a slow-smoke tactic (for more aggressive, suspended fish).

By 11:20, right at the 4-hour mark, the fish were still present but nearly totally shut down.  To continue on would have certainly been anti-climactic, so, we called it a great morning and headed back for some lunch.

OBSERVATIONS:  This was the first trip this winter with sub-50F surface temps (49.6F) 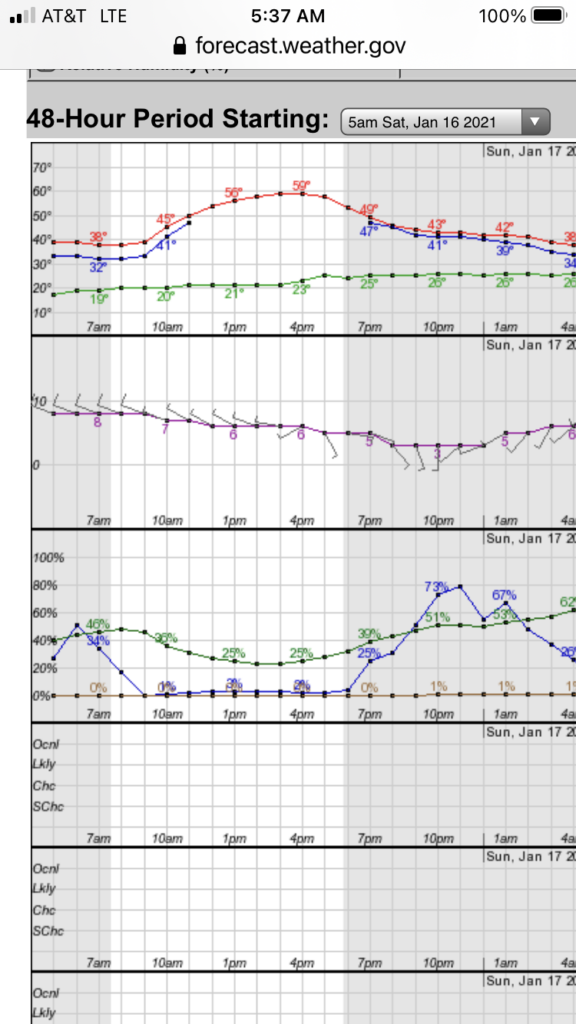