WHO I FISHED WITH:  This morning, Monday, January 25th, I welcomed a boatful of returning guests aboard including Jack Oliver, his friend, Hank Lewis, and two of Jack’s grandkids, Jack and Roy Martin, the sons of his daughter Emily. 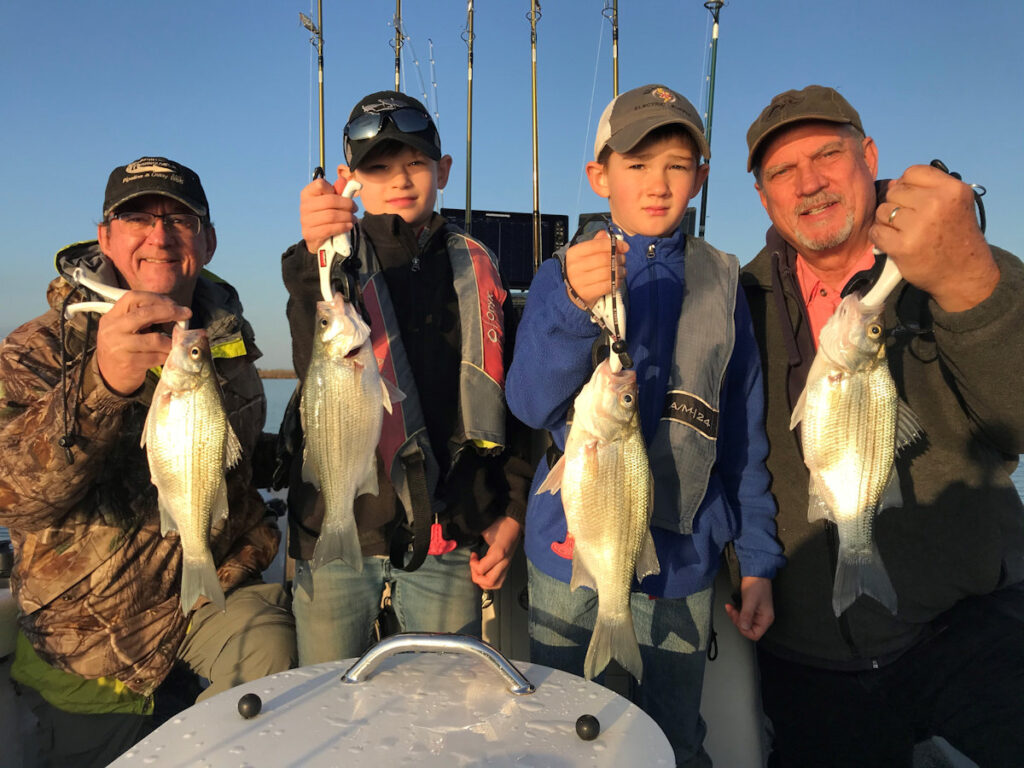 PHOTO CAPTION: This is a panoramic photo taken facing east just before sunrise.  It shows the front we had hoped to fish in front of passing by a good bit earlier than forecast, thus denying us the prefrontal action which I’d hoped for this morning.

On Sunday, NOAA forecast the approach and passage of a mild cold front during the mid-morning hours today.  This typically makes for above average fishing.  Seeing this, I first asked the gentleman I had sonar training scheduled with today if he would mind moving back to Tuesday so we would not have to contend with wind (which makes things unnecessarily difficult when trying to dial in sonar, but is ideal for fishing).  He agreed.

Next, I checked to see if the client I had scheduled for Tuesday could bump up to Monday to take advantage of the pre-frontal action I anticipated.  He could not, but we were at least able to move him away from Tuesday’s calm, clear, cool conditions (the toughest of winter conditions).

So, now I had ideal weather and no party to enjoy it.  I posted about this on Facebook, and Jack replied within an hour.

Now, we just needed the weather to follow the weather forecast.  Unfortunately, that didn’t exactly happen as planned.

The front I’d hoped to fish in front of actually sped up overnight and the lead edge wound up moving by quickly around 6:20AM, still under cover of darkness, versus the 10:00-10:30AM forecast time.

With our meeting time set for 7:20AM (about the earliest the white bass begin feeding, based on light levels), we had missed the pre-frontal window and now were back to average fishing conditions for the first 2 hours or so until the wind kicked in good from the NW and spurred the fish on to a late-morning bite, during which time we more than doubled our first three hours’ catch of 25 fish to a final tally of 53 fish, the last 28 of which came in the last hour of effort.

For simplicity’s sake, and because the fish we encountered were willing to chase (as they were still positively influenced by the changing pressure related to the front), and because many fish were already suspended in the water column, we used MAL Lures (in chartreuse) the entire trip today.  We got the spinner blade working with a short, single handle crank to minimize its speedy departure from the bottom, and then settled back to as slow a retrieve as possible while still keeping the blade whirling.

With everyone’s eyes glued to well-tuned Garmin LiveScope, everyone stayed alert to opportunities as they swam by and we did well by timing our retrieves in response to witnessed fish behavior.

The fish we landed in the first half of the trip were on deep flats and were not as numerous, but were of a much better average size than the smaller fish stacked on the river channel during the latter part of the morning.  Every fish we landed was of legal (10″ minimum) size.

Not a bad morning, but also not the haul I anticipated had our forecast held true — timing is everything!

OBSERVATIONS:   More gull and tern action focused on loons than on fish this morning.

Wind Speed & Direction:  Calm for first 80 minutes, then slowly increasing and shifting from WNW to NW up to 18mph by noon. 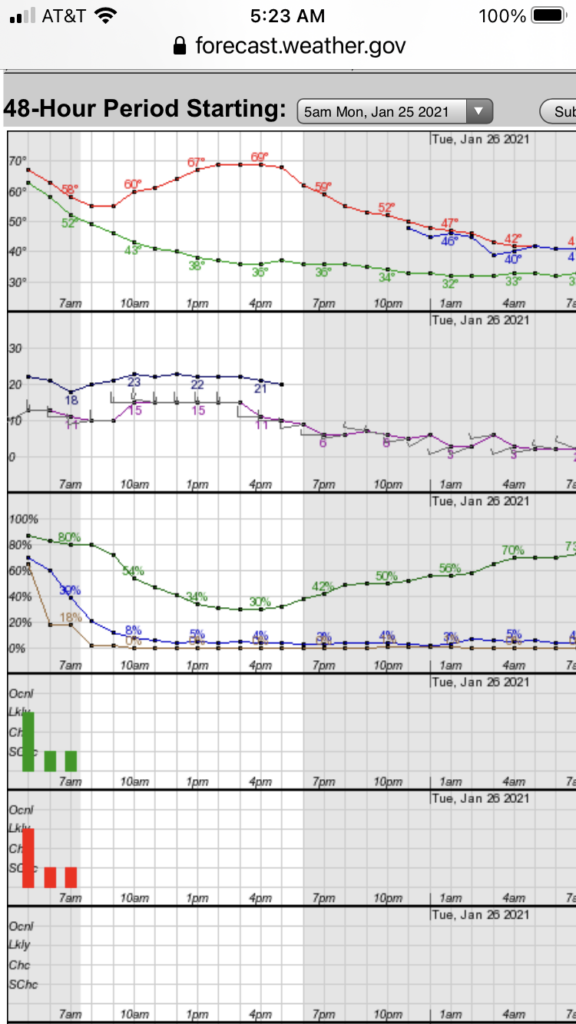