WHO I FISHED WITH:  This morning, Wednesday, February 3rd, I did a combination sonar refresher/fishing trip with Mr. Ronnie Trower which many of you will recognize from the Texas Boat World staff.

Ronnie recently rigged his new Avid aluminum bass boat with large-screen Lowrance HDS Live units on the console and bow, as well as Garmin LiveScope at the bow.

Today we continued to work out the kinks on all of Ronnie’s equipment and put that equipment to use in a real-life fishing scenario. 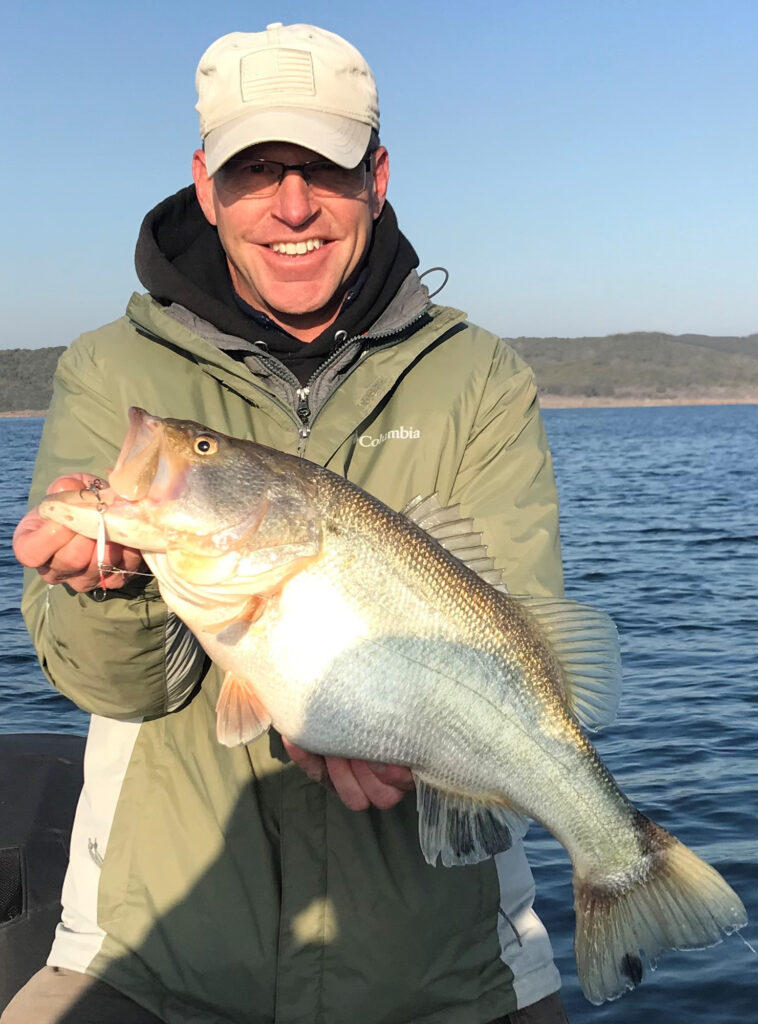 PHOTO CAPTION: A little “largemouth icing” on our “white bass cake” this morning as Ronnie Trower and I worked the kinks out of his new electronics setup.  This girl went 7.16 pounds and took a 3/8 oz. white Hazy Eye Slab with stinger hook. 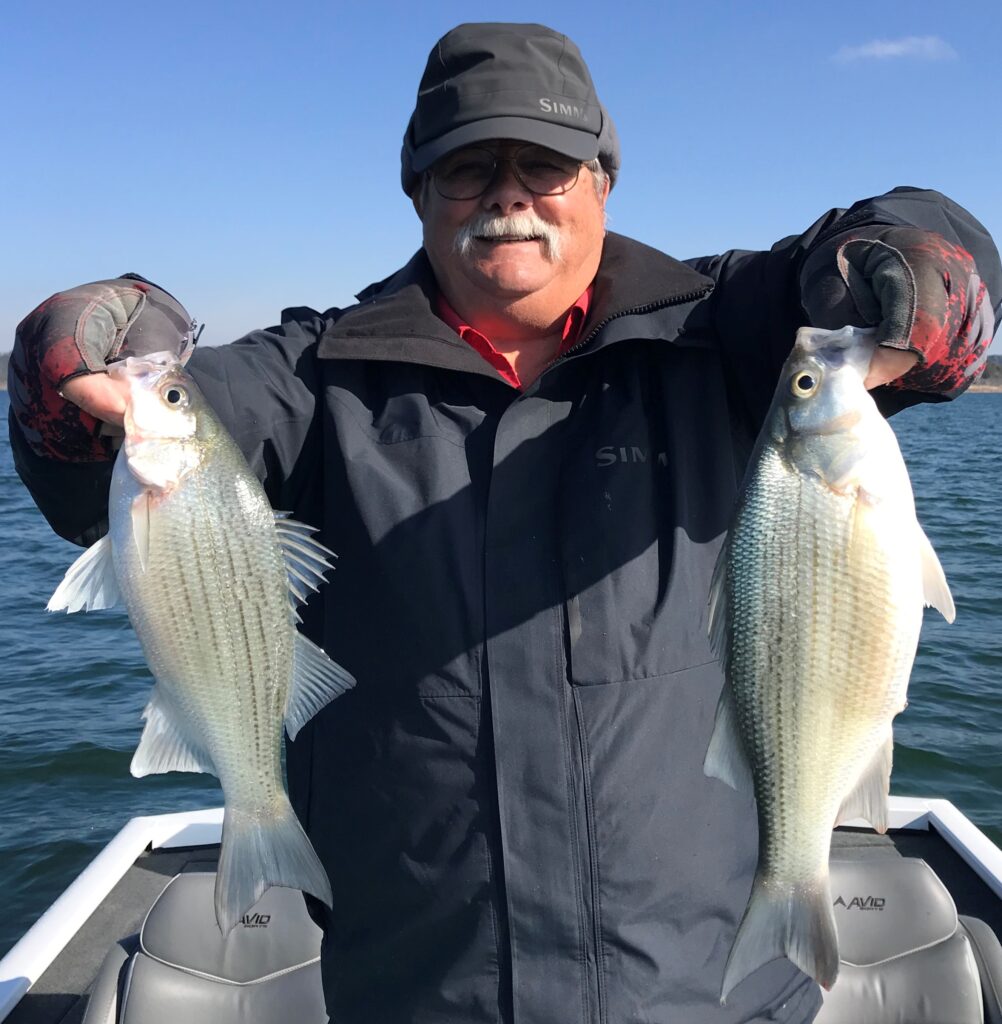 PHOTO CAPTION: Ronnie got to try his hand at working my MAL Lure once the wind came up and the fish got more active.  Restraint on the hookset is a big part of converting strikes to landed fish on this customized, heavy spinner made to sink fast for vertical work.

Since Ronnie is primarily interested in putting his electronics to work to fish for largemouth bass in tournament settings, we spent a little more time than I normally would anytime we found fish near woody cover, as such habitat normally yields a better chance of attracting largemouth bass.  Moving less meant fewer white bass, but a better shot at largemouth.

Today, our action was front-loaded into the first 2.5 hours, with fairly slow fishing thereafter.

We focused on fish working bait on deep flats early, then shifted our focus to the channel drop in the latter part of the morning.  Birds were somewhat helpful, although the probability of getting fooled by loons is high now.

We swapped back and forth between my 3/8 oz. Hazy Eye Slabs with stinger hooks (for less aggressive fish unwilling to leave bottom) and my MAL Lures (for fish which were either already suspended, or showed a willingness to chase from bottom upward into the water column).

We picked up two nice largemouth, the first at 4.28 pounds, and the second just a shade over 7 pounds.  Both came in the first two hours on the small, 3/8 oz. slab.

Before we came off the water I wanted to be sure we had accomplished what Ronnie had hoped to accomplish in putting this trip together.  He said the main thing was that he now felt more confident in “target identification” with the Lowrance side-imaging after observing what we did and did not stop to fish for this morning, and after simply covering a lot of water and just looking and asking questions to confirm or deny his own suspicions.

Truth be known, fishing is one of the biggest obstacles to people getting to learn their sonar better.  I see this many times with those I take out for sonar training … they tend to commit too early to too little and wind up fishing low percentage scenarios, or, worse, fishing where there are no fish at all.

Additionally, Tightlines Premium Fishing Tackle has a few of the white 3/8 oz. and 3/4 oz. versions on the rack right at the cash register.

OBSERVATIONS:   Most of this morning’s feed took place by 9:30A. 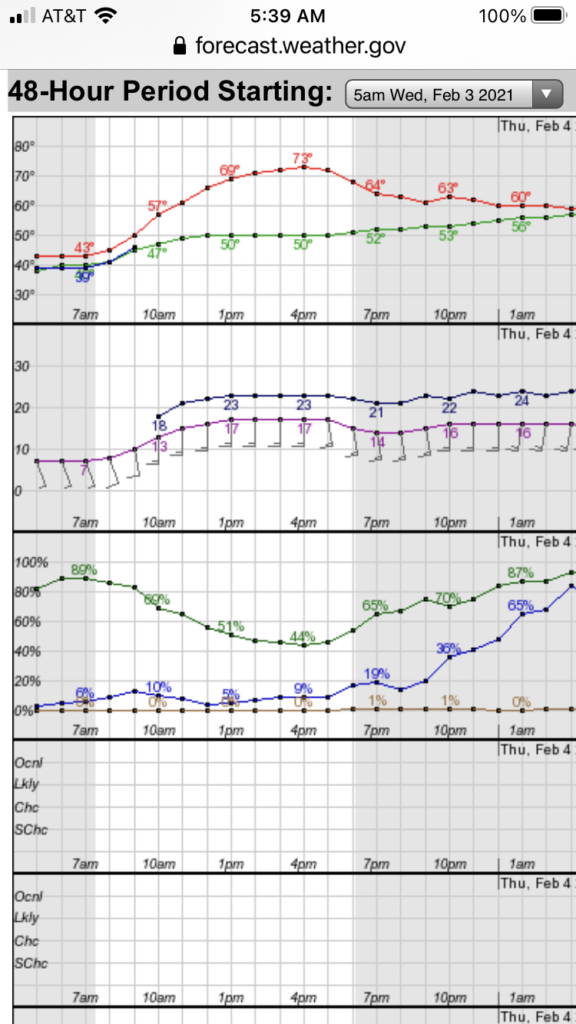