WHO I FISHED WITH: This past Saturday morning, Feb. 6th, I fished with a crew from ABC Supply Co. Inc., a building supply chain.

Stiles has fished with me a number of times previously and the rest of the crew joined me for the first time today. 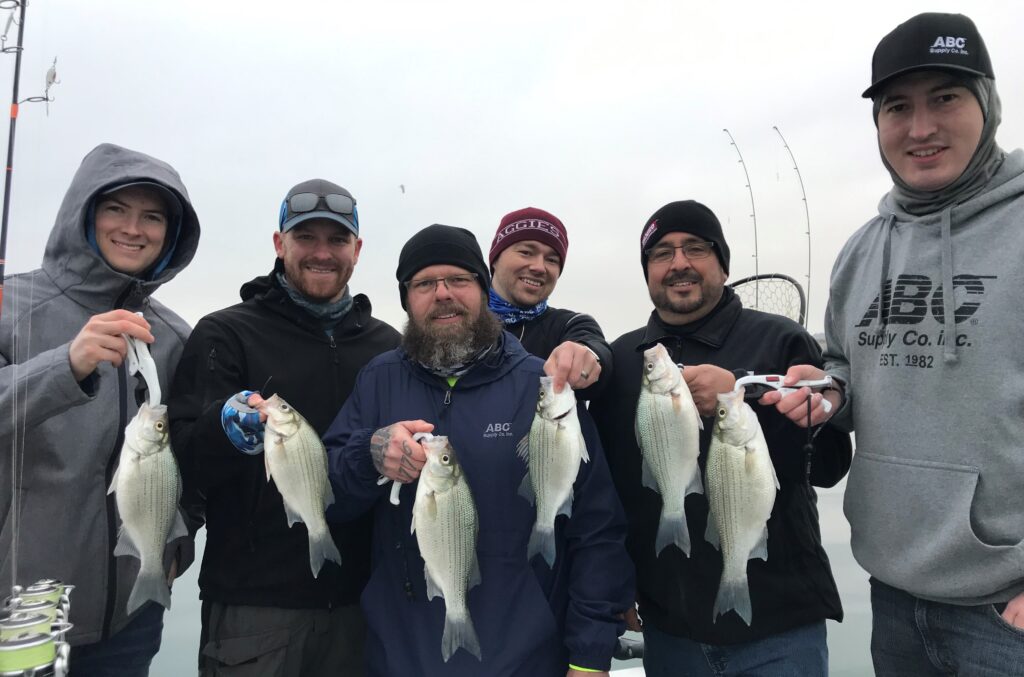 PHOTO CAPTION: From left: Bryce Yount, Stiles Parker, Thomas McCoy, Jay Stone, Tony Urquidi, and Sebastian Coy, each with a white bass taken under birds from over a deep flat early on in our trip. 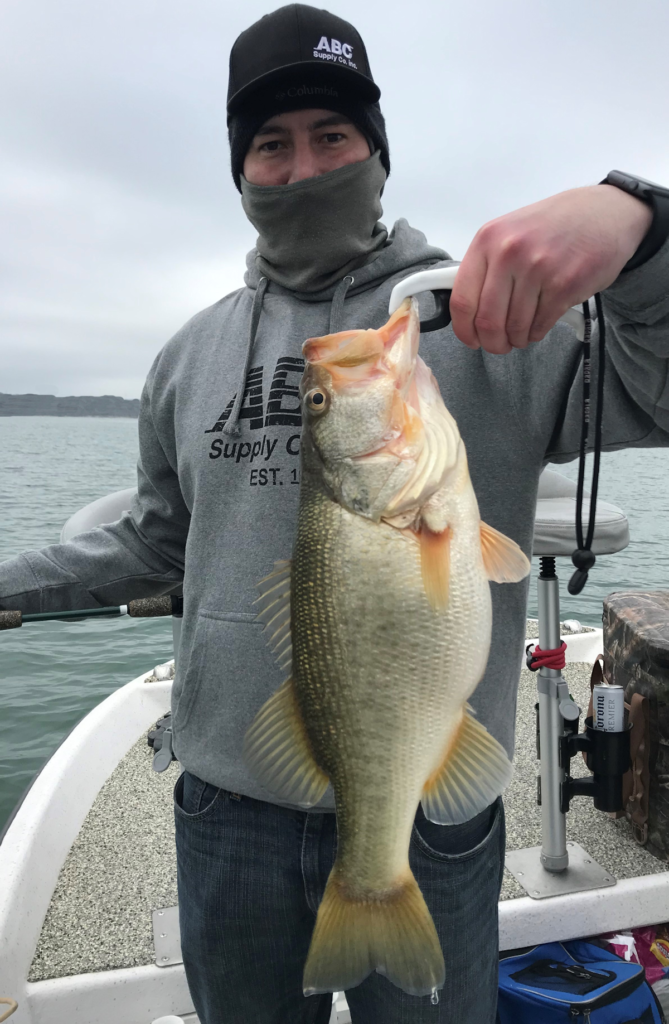 PHOTO CAPTION: Sebastian took this 5.00-pound largemouth from 38 feet of water while working his slab for white bass.

Fishing was pretty tough this morning.  Despite the fact that a mild, dry front was moving in, we faced much the same scenario as we did this past Thursday morning, with light winds moving from SE to W over the course of the morning in advance of the front.

We found fish all morning long, but typically caught just a handful upon arrival at a given area before the fish quickly lost interest in our presentations.  Seeing this, and knowing what it took to catch fish under last Thursday’s similar scenario, I moved us frequently to keep the “novelty factor” going the best I could.

We used MAL Lures to catch about 70% of our fish in the first 3 hours while the fish were showing a willingness to chase, then switched over to 3/8 oz. Hazy Eye slabs in the final 2 hours as the fish got more and more reluctant as the morning bite tapered off.

Only at our first area fished did we find fish on deep flats under birds this morning for about an hour, then all else was fishing on the channel edge.

OBSERVATIONS:  The lead edge of the wind shift came around 11:30, with the winds going W13, but they then died back around noon for a brief time before the actual front arrived with a stiff (20+) N wind around 2pm.

Wind Speed & Direction:  SSE at trip’s start, slowly swinging thru S to SSW over the duration of the trip.   Just after 11, a brief lull developed with the SSW wind going nearly calm, then, around 11:30 the first W winds began which would, about 2 hours later give way to a strong NW wind over 20mph which ushered in yet another mild, dry front. 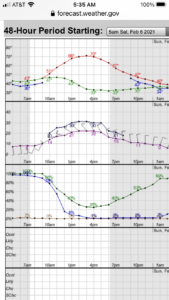