WHO I FISHED WITH: This morning, Monday, March 29th, I fished with returning guests Steve and Dave Wise.  The brothers fishing with me last in the autumn of 2017 when Dave drove down from Minnesota to visit Steve at his home in Georgetown, TX.

Dave is retired from the business of printer maintenance and repair, and Steve is still working developing software for a Silicon Valley-based company.

I don’t know if Dave will be returning to Minnesota this go-round, mainly because Steve took him to Miller’s Smokehouse after the trip … ’nuff said. 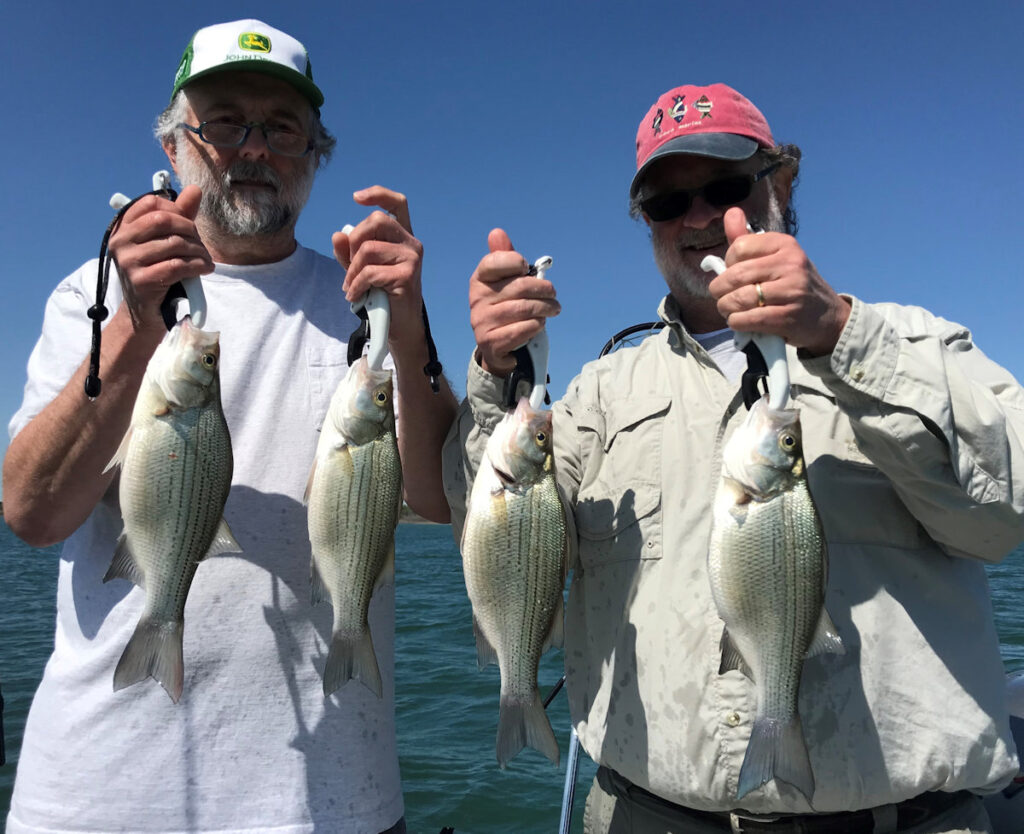 PHOTO CAPTION:   From left: Dave and Steve Wise with a few of the 101 fish we took on this morning’s very “front-loaded” trip on Stillhouse Hollow. 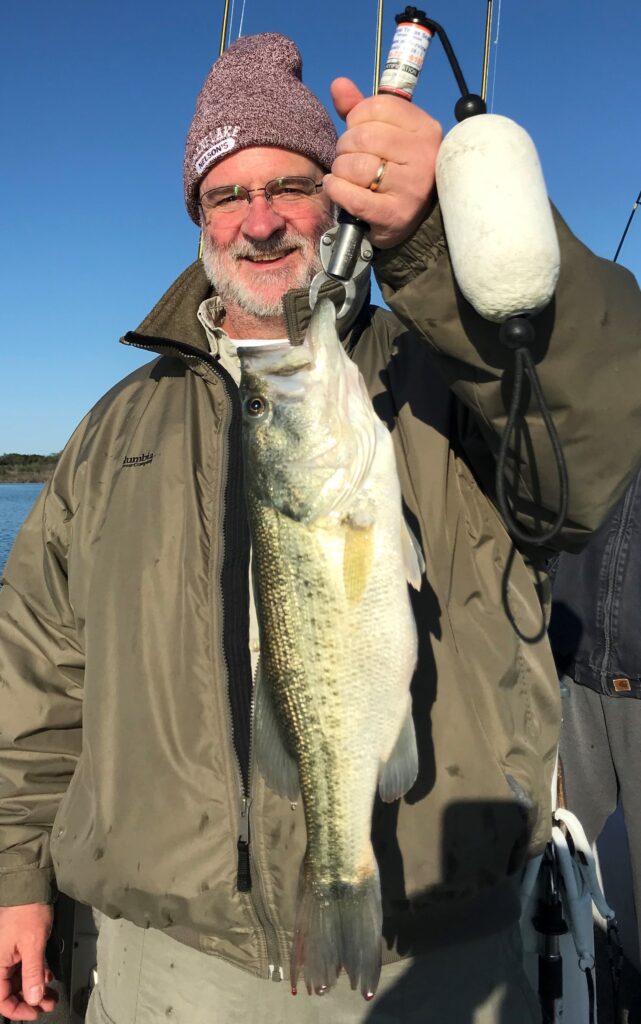 PHOTO CAPTION:  Steve Wise with our largest fish of the morning — a 3.25 pound largemouth mixed in with a school of white bass.  It struck the chartreuse version of the MAL Lure worked vertically.

Despite the overnight ambient air temperature dropping to 46F, the water surface temperature was between 60-61 this morning.

I expressed concern to Steve (who coordinated the trip) over the weekend about the lack of wind and cloud cover forecast for today.  As it turned out, that certainly did impact us negatively.

As we began the trip, the winds were light and variable from SE to S to SW basically just puffing.

Under the early morning, low-light conditions, the white bass fed well.  Thanks to the nearly-calm surface, we could see individual fish and small packs of fish push schools of shad to the surface routinely.

We worked MAL Lures exclusively this morning to catch 100% of our fish in about 26 feet of water.  We used the chartreuse version of the MAL lure in this instance, and worked them as I describe in my tutorial video found here: https://www.youtube.com/watch?v=jDSvfXgrAUE

Once that sun got to a certain point in the sky, and without cloud cover to diffuse it, the fish just quit.

The water’s surface was glassy, no birds were working, no bait was dimpling the surface, etc.  Although the wind did eventually begin to blow, it was a case of too little, too late.

OBSERVATIONS:  In the near-calm conditions from sunrise and for about 90 minutes thereafter, we could see white bass pushing schools of shad to the surface and feed upon them aggressively (not quite ON the surface but NEAR the surface).

Wind Speed & Direction: Light & variable through 9:15A, then calm through 10:30, then quickly picking up through S9 thereafter 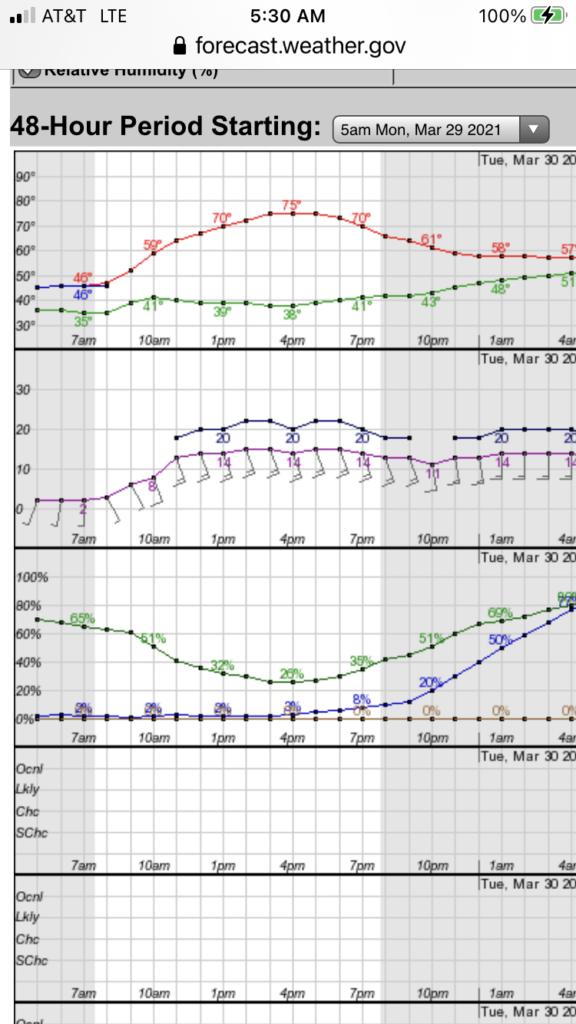