WHO I FISHED WITH: This morning, Wednesday, March 31st, I fished with returning guest Rick Miller of Belton, TX.

I first got to know Rick a few years ago after first meeting and fishing with his brother, Dirk Miller, co-owner of Miller’s Smokehouse  https://millerssmokehouse.com/  .

Rick and his wife, Karen, operate M&B Auto Repair ( http://www.mbautobelton.com/  ) over on Cori Drive in Belton.  Rick runs his own center-console and typically pursues white bass.

Much as I do on my vacations where I go out with other fishing guides not so much to catch fish but to observe and converse and learn, so Rick did on this day off of his.  Our main objective was to introduce Rick to fishing and catching with bladebaits, which we accomplished, thus adding another arrow to his quiver of tactics useful in the pursuit of temperate bass. 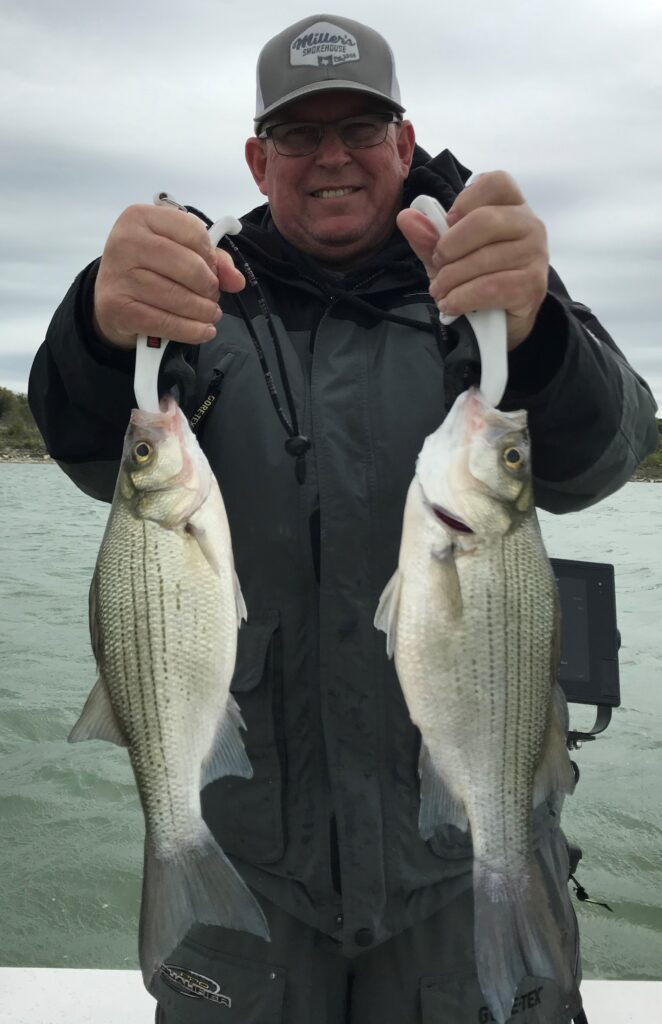 PHOTO CAPTION:   Rick Miller, owner of M&B Auto Repair in Belton, and an avid white bass angler, joined me on Stillhouse to ‘add a few arrows to his quiver’ resulting in a 100 fish morning.

We did not make a final weather call on this morning’s trip until 5:30AM with an intended start time of 7:15AM.  Reason being, we had a cold front moving in and most all forecasts called for winds in excess of 20 mph prior to sunrise, then increasing into mid-afternoon with gusts as high as 34 mph.

I rose at 5:15, checked a few forecasts and then compared that with what was actually happening on my back porch, and decided we could safely conduct this trip, and, that’s exactly what we did.

Rick arrived quite early, so, we had plenty of time to cover the “theory” of bladebaits, as well as to show him the modifications I made to the two versions I purchase to make them more effective.

Once “safe light” rolled around (with sunrise obscured by grey cloud cover which persisted for the duration of the trip), we began hunting for fish.

The action this morning began around 7:50A, slowly built to a peak around 10:20 to11:00A, then fell off sharply thereafter.

We fished only three areas today and never ventured into water more than 22 feet deep, due in part to the need to “hide” from the wind to some extent.

We threw bladebaits, both 1/2 and 3/4 oz. versions, until around 9A, until I noticed fish activity on the lake’s surface in the heavy chop caused by the wind.

White bass were forcing shad to the surface, trapping them there and feeding upon them aggressively.  We began using bladebaits for these fish by just counting them down anywhere from 4 to 7 seconds after they hit the water to target these suspended fish, but I felt we weren’t getting near the results we should for the number of fish I was observing.

This led me to switch over to a boisterous topwater approach using a rig of my own design which I call the “Cork Rig” – similar to a saltwater popping cork setup.  The fish really went for this big time, and Rick and I got to enjoy sight-casting on about every third cast or so, then watching the topwater strikes on each of the fish we caught this way.

We spent a short while using MAL’s in combination with Garmin LiveScope, mainly so Rick could see the LiveScope settings I’m using.  We were actually in a bit too shallow of water at the time to really do well with that tactic, so, we switched back to the Cork Rig and finished out the trip with our 100th fish swung over the gunwale by Rick at 11:18AM.

OBSERVATIONS:  This was the first trip of the 2021 season in which we fished with topwater baits for fish which were feeding near the surface for a sustained period of time.

Wind Speed & Direction: Building from 17 mph to 20 mph from due N. from sunrise to around 11A, then increasing sharply to 24+ thereafter 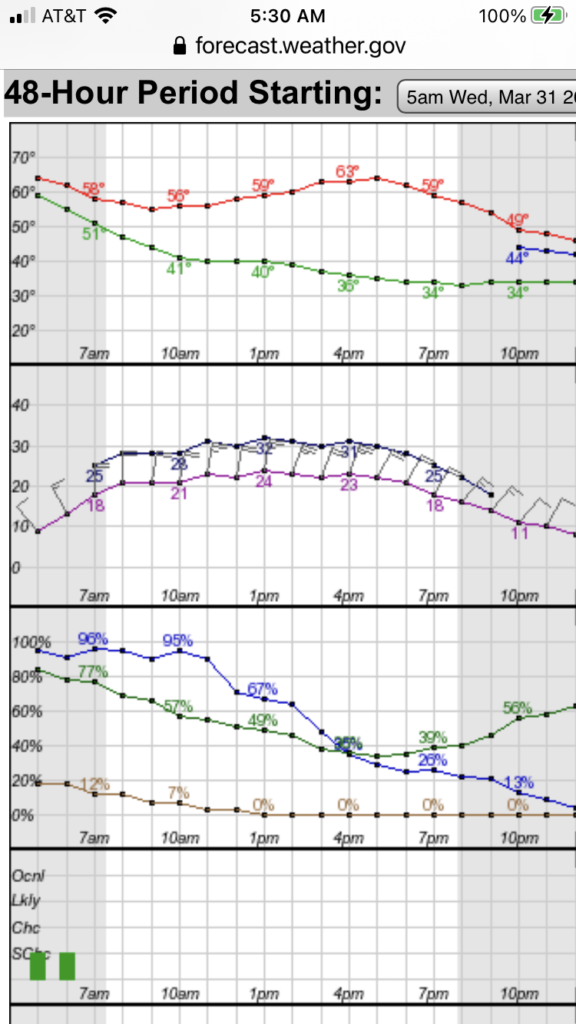