WHO I FISHED WITH: On Thursday morning, April 1st, I fished with long-time client George Van Riper of Harker Heights, accompanied by first-time guest Jim Hantke, George’s brother-in-law from near Denver, CO.

George did me the great service of providing a pre-trip “bio” on his brother-in-law, letting me know Jim is 72 years old and a U.S. Air Force veteran.  Jim was a journeyman carpenter in Temple, TX before joining the Air Force.  He served as a Chinese linguist on active duty monitoring Chinese radio traffic from an airborne station flying off the coast of China. He is an Eagle Scout and still serves the Scouts as a mentor and ceremonial leader. He also “rescues” Eagle Scout Badges that he finds for sale and tries to return them to their rightful owners if he can.  If he cannot, he finds a way to get them to deserving current Eagle Scouts.

George is a retired U.S. Army aviator and Vietnam veteran.  He’s active in his church, fishes from his own stick-steer style panfish boat, loves his grandkids, and contributes routinely to the editorial segment of the Killeen Daily Herald. 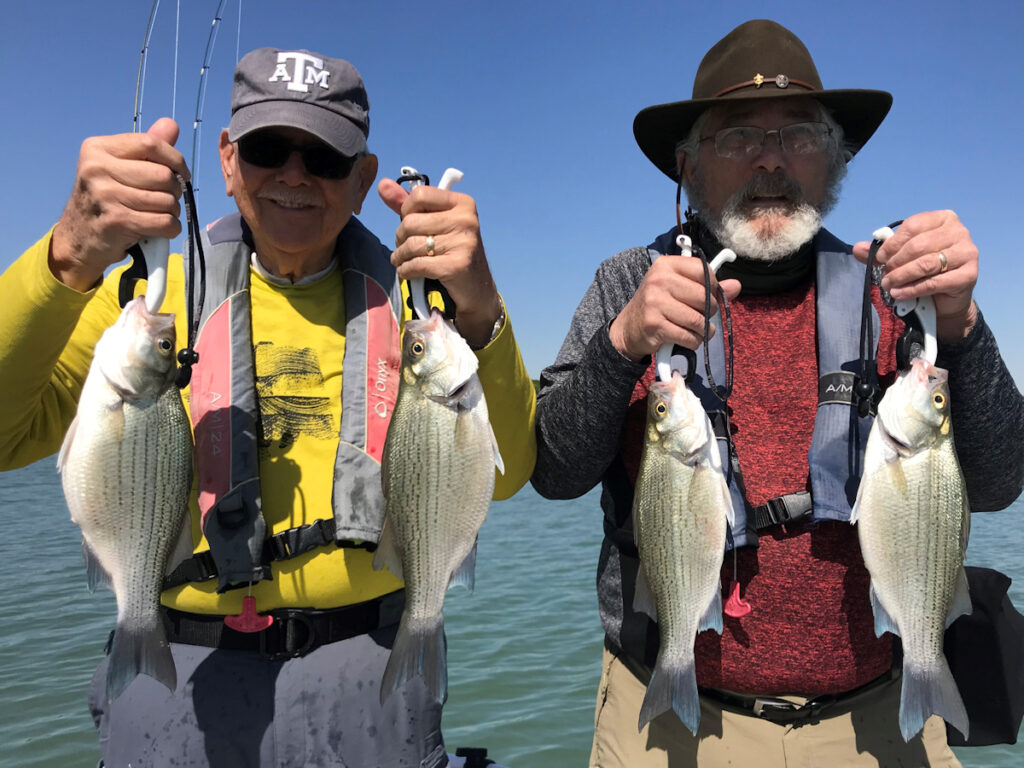 Of all of the weather forecast for this week, this morning’s weather had me the most concerned.  We were due to have light NE winds, zero cloud cover, and a very chilly start to the morning following the passage of yesterday’s blustery cold front.

The fishing was impacted by the post-frontal conditions, but, as I’ve alluded to a number of times recently, the “metabolism trumps all” factor saved our bacon this morning.

Any other time of year the conditions we faced today would have been enough to cause me to reschedule a trip or at least let clients know the fishing would be extremely tough if they chose to press on.

Now, if you actually read my reports in detail, you may note that we caught 100 fish in ~4 hours yesterday, just as we landed 100 fish in ~4 hours this morning, however, yesterday’s catch was taken by 2 anglers, whereas today it took the efforts of 3 anglers to match the prior morning’s results.  Hence, this was a tougher morning, and the post-frontal conditions were the driving force behind that.

We started our morning observing for any helpful bird activity.  At this time of year when most of the birds (gulls and terns) are migrating away from here, even brief activity by just a bird or two can be the only hint nature will offer of fish feeding beneath the surface.

Such was the case this morning when 3 ring-billed gulls just hesitated over a 100 yard patch of water long enough to indicate gamefish-driven bait was immediately below them.  We hopped on this opportunity and boated our first fish of the morning on horizontally worked bladebaits.

As the sun rose higher and the winds remained near calm, the fish moved deeper.  We positioned on two different areas which were similar in construct in that they were flat runs parallel to the Lampasas River channel.  In about 22 feet of water I Spot-Locked up atop a handful of fish seen on down-imaging and colored sonar.  As we began fishing vertically with MAL Lures, the commotion we created by working the baits and catching fish drew more and more fish in.

We three caught fish steadily right up through 11:15.  We called it a great morning as the 100th fish swung over the gunwale, as the sun began to beat down, and as the winds remained light to calm.

OBSERVATIONS:  After abundant topwater action in a heavy chop in yesterday’s north winds, there was next to zero topwater action this morning thanks to the clear, bright skies and cold (36F) overnight temps. 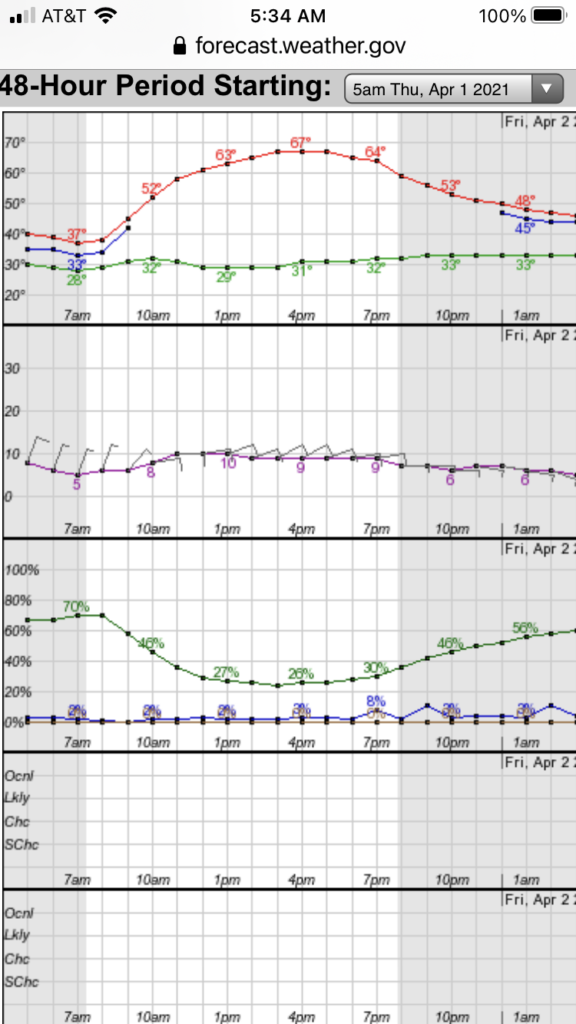