WHO I FISHED WITH: This morning, Monday, April 5th, I fished with returning guests Jered, Don, and Tyler Benedick, this time joined by first-time guest, Sandy Detherage.  Don and Sandy are Tyler’s paternal and maternal grandfathers.

Jered, Don, and Tyler’s last trip out with me was an evening trip back on June 5th of 2020.  We landed 70 fish with four aboard on that effort, so the talk at the dock as we met up was centered around hitting that 70 fish mark.

Jered works as a youth counselor, focused on kids with anxiety and depression, Don once worked for a major insurance company, then went into ministry up in Ardmore, Oklahoma, Sandy is a retired FAA air traffic controller, and Tyler is working his way through middle school where he enjoys playing golf and football. 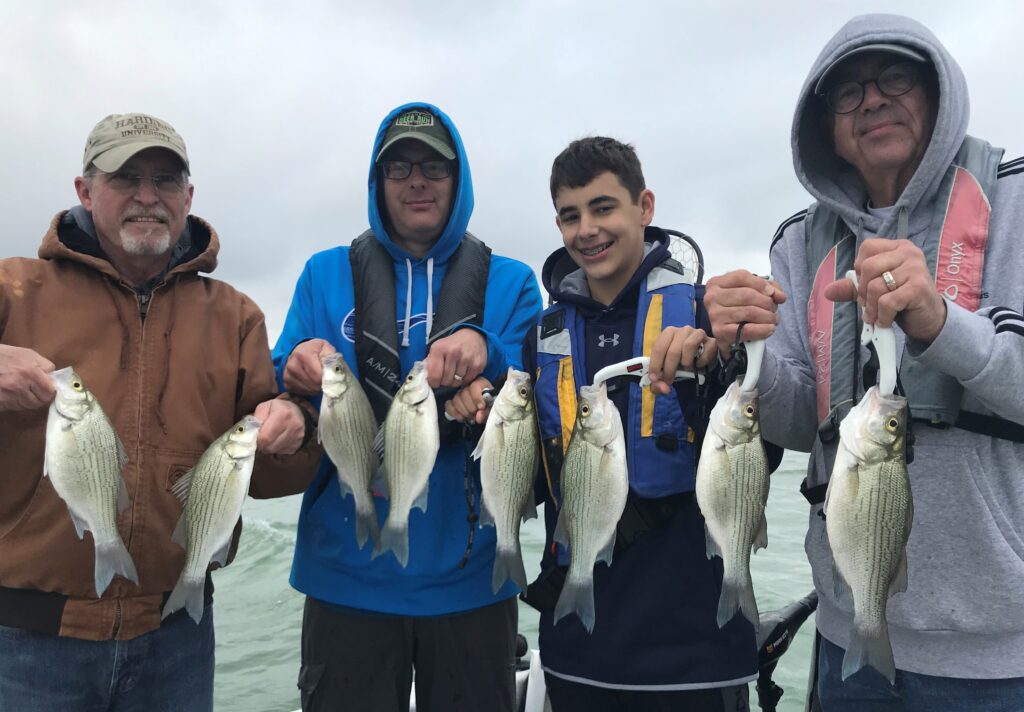 PHOTO CAPTION: From left:  Sandy Detherage, Jered, Tyler, and Don Benedick.  This crew wound up with 150 fish on their 4-hour morning trip on Lake Belton.

The morning started a bit darker and more dreary than we’ve encountered lately, and that thick, grey cloud cover hung on for about 3.5 of our 4 hours on the water.

We enjoyed a nice SSE breeze between 10-13 mph.  Thanks to heavy clouds all weekend and overnight air temperatures which were cooler than the water surface temperatures, we saw just a bit of a cooldown on the surface, which registered between 59-60 just about everywhere we fished this morning.

We started with MAL Lures this morning and used them to catch all except our final half-dozen fish.

We hit five areas this morning, with birds assisting us in finding fish at our first two locations, then we were on our own to use sonar to find everything else after ~9AM.

Fishing through 10:45A was pretty straight-forward:  I found fish with a combination of down-imaging, side-imaging, and colored sonar, then Spot-Locked atop them, tuned in the Garmin LiveScope, and let properly worked MAL Lures take care of the rest.

When I say “properly worked”, there is a lot to that.  I explain all of that here: USE IT RIGHT!

As we entered our fourth and final hour on the water, the fish really started to slow down.  As we screened what would be our final stop of the morning, we had boated 143 fish.

Because the MAL Lures would have to be moved too quickly off bottom to get the blade started for the mood these fish were in, I switch everyone over to 3/4 oz. Hazy Eye Slabs with stinger hooks, given the 52′ water we found these fish in.

As Jered landed the 144th fish, it was right at 11A.  I challenged everyone to really work the fundamentals and scrutinize the LiveScope to try to hit that 150 fish mark by 11:15.  With about 90 seconds to spare, Ron came up with our 150th fish of the morning and we called it a solid trip and headed on in.

OBSERVATIONS:  Two separate episodes of bird activity (including laughing gulls now in the mix) helped keep us on the fish this morning for our first two of five areas fish.  The fish really downshifted at 9A despite no obvious trigger. 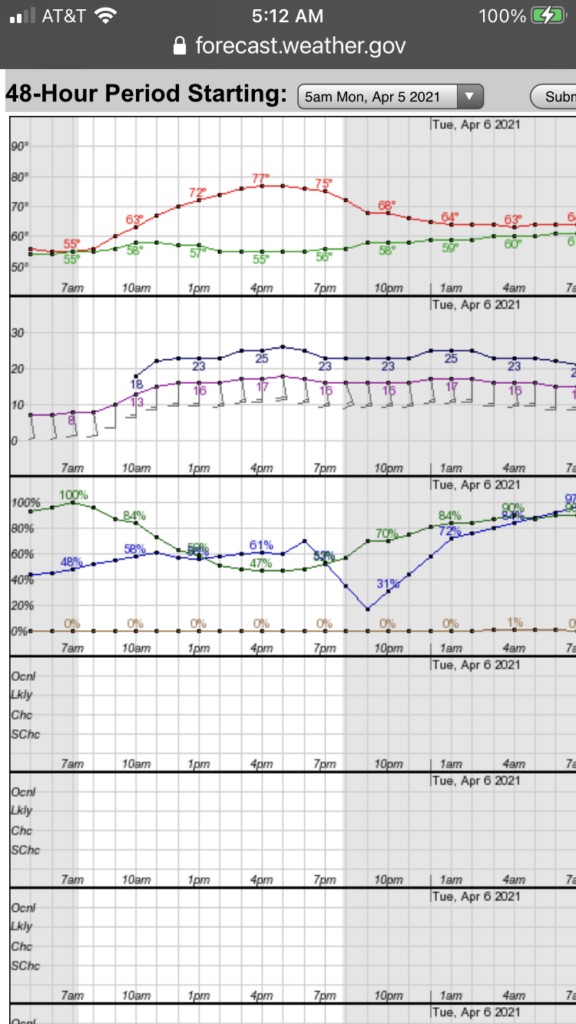 **Area 960 – aggressive action on MAL Lures at start, but fish really slowed down while we were here ~9A

**Area BG0015CH – moderate action on MAL Lures, and the last mid-depth area we would fish before going deeper to close out the trip