WHO I FISHED WITH: This past Wednesday morning, April 21st, I fished with returning guests Derrick Fontenot and Veronica Merritt, accompanied by first-timers Myron and Christina Dillingham.

Derrick, Veronica, and Myron are all U.S. Army veterans.  Myron has been on the Houston, TX, police force for 26 years, and Christina is a retired school principal.

We scheduled this trip long ago, anticipating it would fall in the spring “hybrid window” when the fishing for hybrid stripers using live shad goes off the charts, but, thanks to chilly water with at least two more cold fronts on the way, that hasn’t materialized yet (and likely won’t for several more days), so, we agreed ahead of time to focus on the cooperative and abundant white bass which are now present in high numbers after returning from their annual spawning run up the various tributaries. 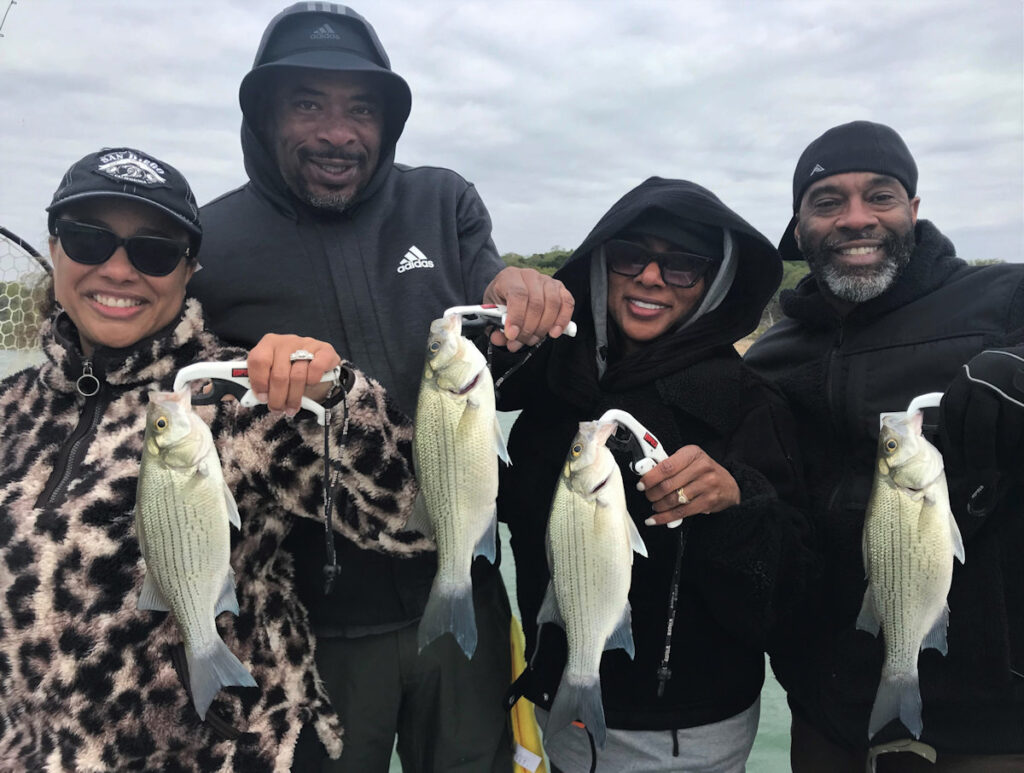 PHOTO CAPTION: From left: Christina and Myron Dillingham, Veronica Merritt, and Derrick Fontenot with white bass caught on MAL Lures under unusually cool spring conditions.  The air temperature was just 41F as we launched on this late April morning. 277 fish caught and released. 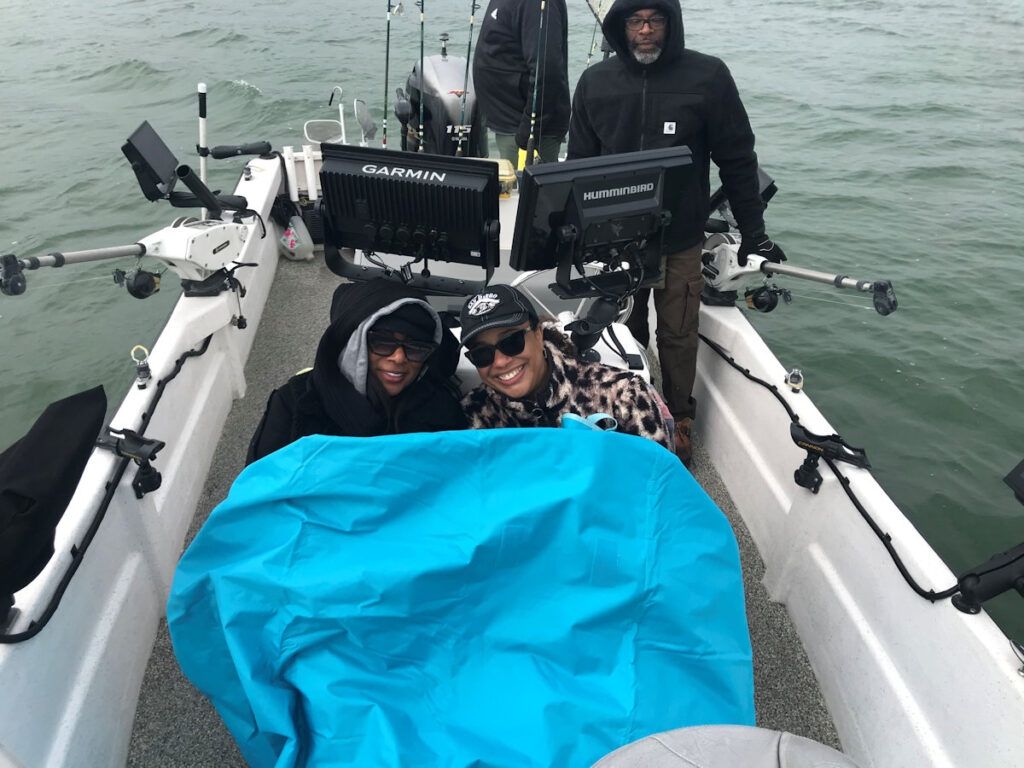 In a single sentence: We found fish on sonar and fished MAL Lures vertically for four hours straight to catch 277 fish.

As was the case yesterday, there are so many fish feeding so aggressively for long spans of time that they really “popped” on well-tuned side-imaging thus making them very easy to spot, even at quite a distance away.  Once found, I used the Minn Kota i-Pilot Link function to direct the trolling motor to the exact location where the fish were holding.  While the trolling motor was performing that task, I handed out rods, got the Garmin LiveScope tranducers aligned, and provided reminders to each client about the technique we’d use, and then let them loose to catch fish.

This morning’s bite was really enhanced by the still-blowing north wind which began with a dry cold front’s arrival around 2P the day before.  This, plus increasing wind velocity and increasing cloud cover, really got the fish fired up and minimized traffic on the lake, as it was only 41F at sunrise.

My crew came prepared for the weather; as you can see from the photo, the ladies brought an “outdoor blanket” which was windproof and waterproof.  However, Veronica discovered she didn’t quite bulk up enough in the sock department as she dressed for the day.  Thinking that Derrick had worn two pairs of socks, she tried to discreetly ask him for one of those pairs of socks.  When he loudly declined the request, the cat was out of the bag.  At one point, Veronica offered to trade Derrick a pair of socks for the chance to reel in a hybrid striper if she were to hook one!  Other attempts at barter (then extortion) were attempted, all to no avail.

The only cure Derrick offered for Veronica’s cold feet was some hot Miller’s Smokehouse BBQ at the end of the morning.

The entire crew was quite competitive.  After reading in my blog about the crew of two which boated 231 fish on their full-day trip two weeks ago, this crew wanted to try to beat that number in half the time, but with twice the anglers.  By the time the 4-hour mark rolled by, they amassed a catch of 277 fish, every last one of which was a white bass — no hybrid, no drum, no crappie, and no largemouth or smallmouth — which is quite atypical.

OBSERVATIONS: I shook my head in disbelief to see a strong, long-lived shad spawn taking place in the vicinity of Area SHAD 029 with not a single bird cashing in on the easy meals. 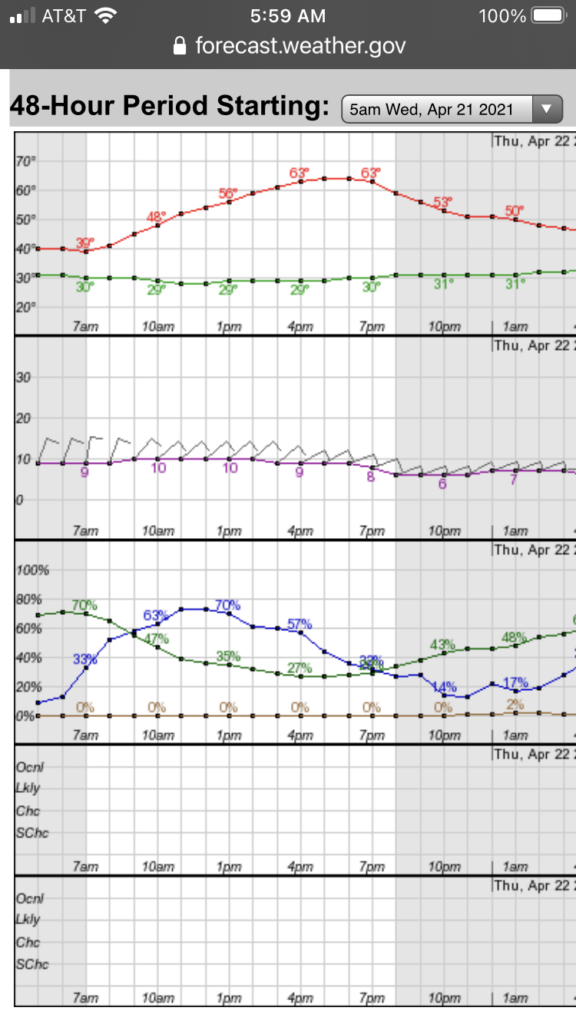