WHO I FISHED WITH:  This past Thursday morning, April 22nd, I was honored to be called upon by the Oliver family of the Temple/Belton area to take Mr. Billy Joe “Pa” Oliver out fishing for his 91st birthday!

We originally had this scheduled for the afternoon, but a late-breaking cancellation opened up the morning for us, which I prefer to fish at any time of year anyhow.

This schedule change allowed for Pa’s grandson, Thomas Oliver, to accompany us, in addition to Thomas’ dad (Billy Joe’s son), Joe Oliver, who has been fishing with me annually for about 11 years now.

I chose the most wind-protected area with a solid courtesy dock so we were sure not to have any mishaps as Pa transferred from land into the boat and back again.  That went well, and we were soon headed out fishing. 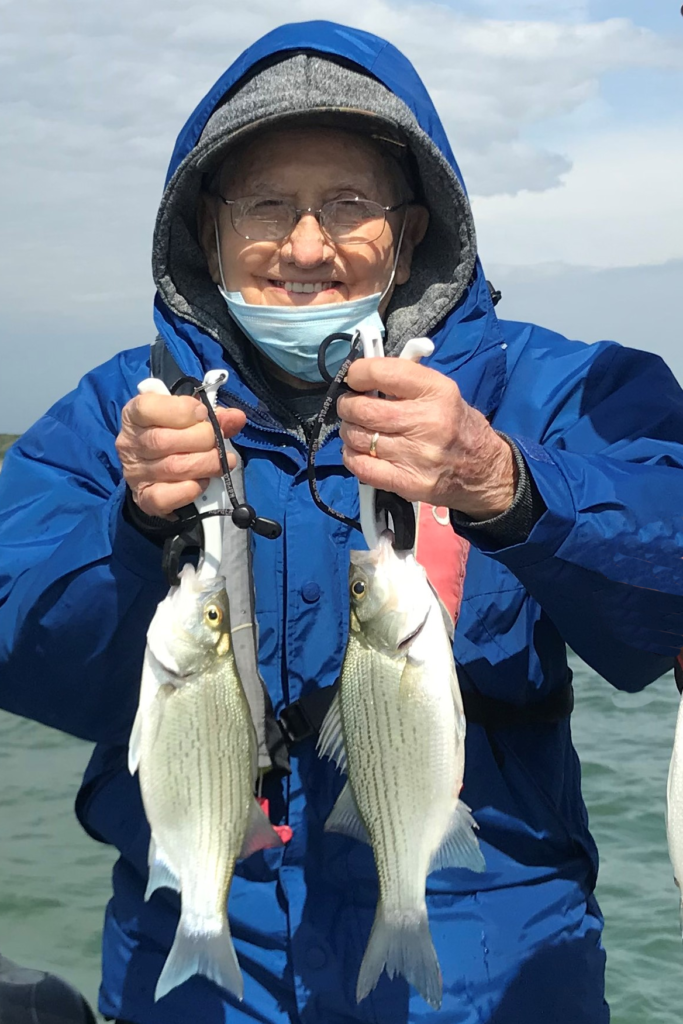 PHOTO CAPTION:  Billy Joe “Pa” Oliver went fishing for his 91st birthday aboard my boat this morning and caught his fair share of the 180 white bass we caught and released.

The fishing has been fast and furious and very “cookie-cutter” this week.  The fish have been cranking up right at sunrise and feeding strong through around 10:30A, after which they begin easing off the throttle pretty quickly.

Once Pa got onboard, we had him sit on a water-proofed pillow right on top of my shad tank located in the “pickup bed” of my boat, between the leaning post and the outboard.  From there, he never had to move, save a few raises to allow us to slip a few choice fish in the tank for photos near the end of the trip.  Pa sat facing the starboard gunwale and had a head-on view of the LiveScope, which he took full advantage of.

We used the very versatile MAL Lure in a vertical presentation this morning, coupled with that Garmin LiveScope to “wear ’em out”.

Since Thomas had to get back to his classroom for the afternoon, we wrapped up around 11 AM.  In those 3.5 hours, my three anglers landed a total of 180 white bass.  Once again, not a single specimen of any other species was landed.

One added bonus this morning … around 10:15AM some of the gulls (correctly identified by fellow angler Steve Webb as Franklin’s gulls) which had been flitting around all morning, began to circle and focus on a ~30 yard diameter patch of water.  In the chop, I could see some splashes (of white bass) and flashes (of shad) below the birds.  We hustled over and enjoyed a nice close to the trip with very aggressively feeding white bass located up well into the lower half of the water column just about the time the previous area we were fishing was about to fizzle. 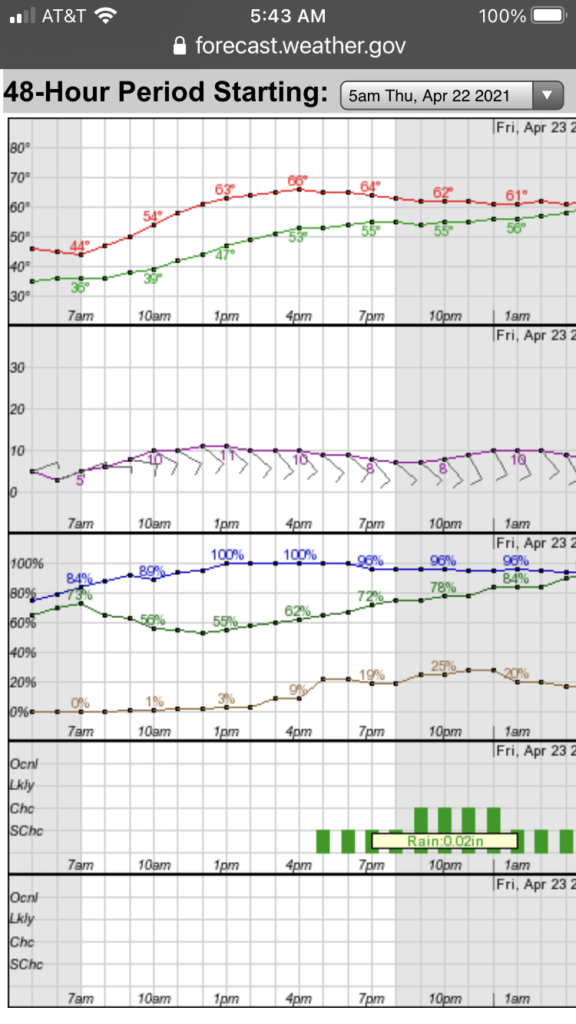