WHO I FISHED WITH:   This past Wednesday, Cinco de Mayo, I fished with a retired couple from the outskirts of Temple, Tommy & Sylvia Maedgen, who have been coming out with me a couple times each year for several years now.

The Maedgens understand the importance of timing in regards to fishing, and are wise to book their trips with me during peak conditions (mid-March to late May, and late October to mid-December).

Tommy runs his own bass boat and the couple rountinely fishes on their own, but typically for largemouth bass.  They tend to allow me to guide them to white bass and/or hybrid stripers when they have a desire to pursue those species. 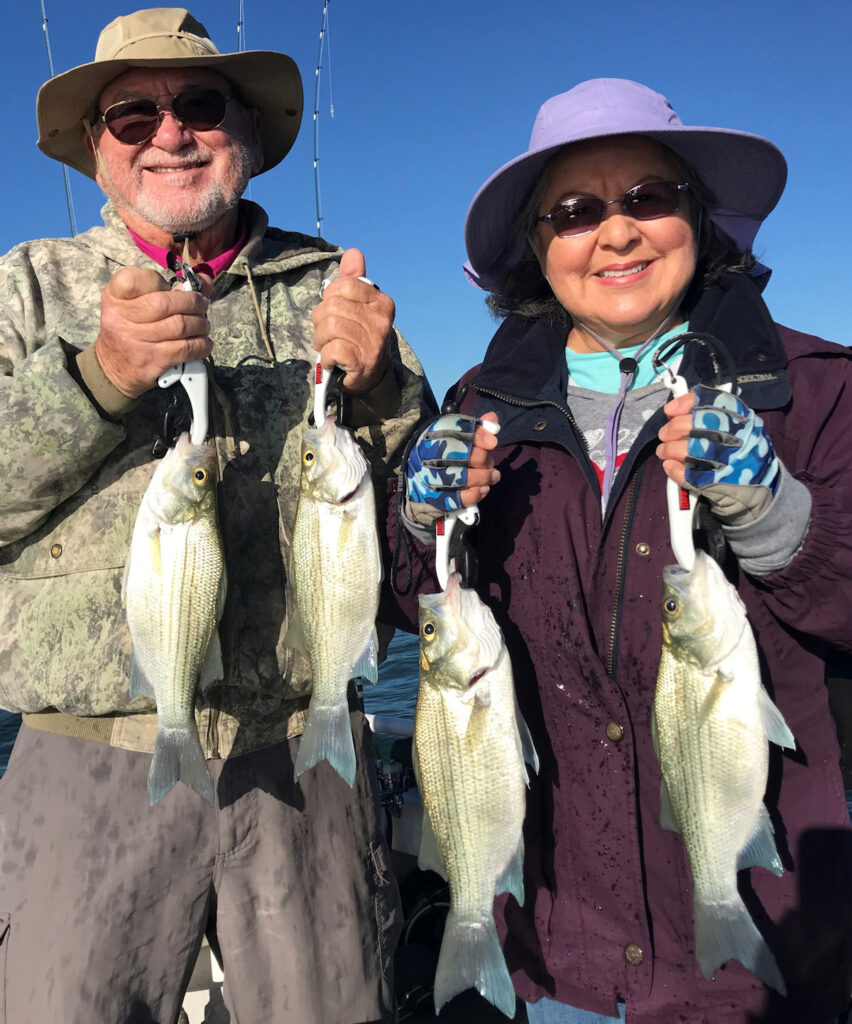 PHOTO CAPTION:   Tommy and Sylvia Maedgen caught and released 247 white bass on Lake Belton this past Cinco de Mayo.  100% of these fish were taken on the original (5/8 oz.) and heavy (7/8 oz.) versions of the MAL Lure.

Had I listened to the weatherman, we’d likely have postponed this trip … and what a mistake that would have been!  We were due to have clear, calm, cool post-frontal conditions this morning — usually making for the toughest weather scenario there is this time of year.

The one thing that played in the back of my mind was how rising water temperature will trump all else in the spring, so, we pressed on with our plans to pursue white bass on Lake Belton.

When I arrived about 30 minutes in advance of the Maedgens, we had about 60% cloud cover, and there was a sustained light wind from the ENE at about 8 mph.  Neither of these desirable conditions were in the forecast.

As we got down to fishing, we found fish on sonar obviously on patrol up off bottom feeding on shad in the lower third of the water column.  We stopped and caught those fish.

Once these fish quit, we moved on.  By this time the wind was at ENE12 with a bit less cloud cover.  We only fished four locations, finding ample bottom-oriented fish at each which were very willing to follow their hooked schoolmates well up into the water column, thus indicating a high level of aggression.

As we experienced during the first three hours of the previous day’s trip, there were very few sub-legal fish in our catch this morning, with the majority of the fish going at least 11.5 inches, with a few reaching or just surpassing the 14 inch mark.  Our single largest fish went 14 5/16 inches

Every single fish the Maedgens landed came on the MAL Lure in chartreuse.  Sylvia stuck with the original (5/8 oz.), while Tommy started and finished with the original, and put in about 90 minutes of work with the heavy (7/8 oz.) version while the fish were really going crazy.

OBSERVATIONS: No Franklin’s gulls observed for the first morning since they first arrived back in March. 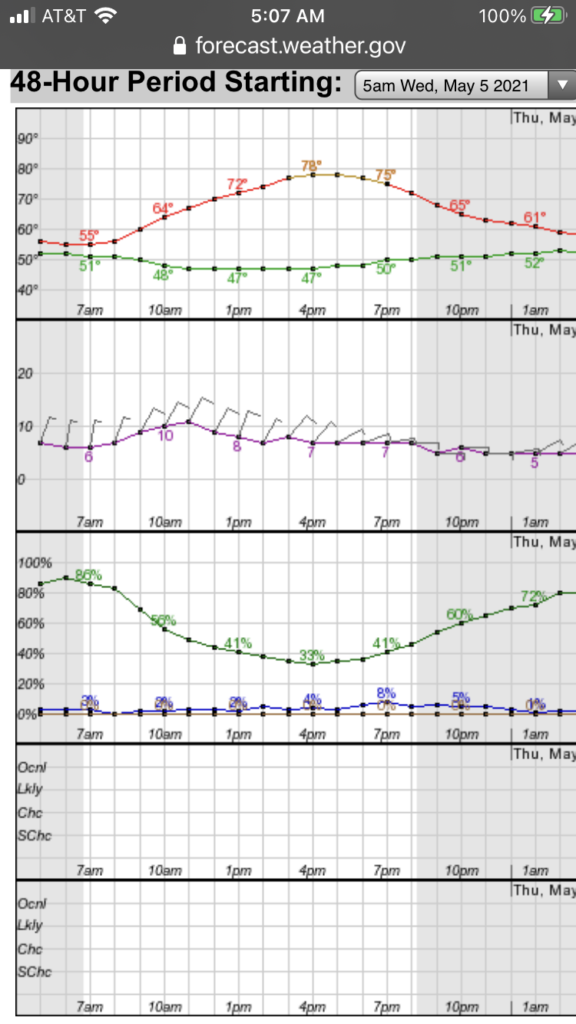