WHO I FISHED WITH:   This past Thursday morning, May 6th, I fished with Jeff and Pam Stump from near Giddings, TX.

We tried scheduling this trip as far back as December of 2020 but weather and full calendars prevented a good match until this morning.

We enjoyed steady, productive fishing for our first hour and final two hours on the water this morning, with a one hour lull thanks to the cessation of winds. 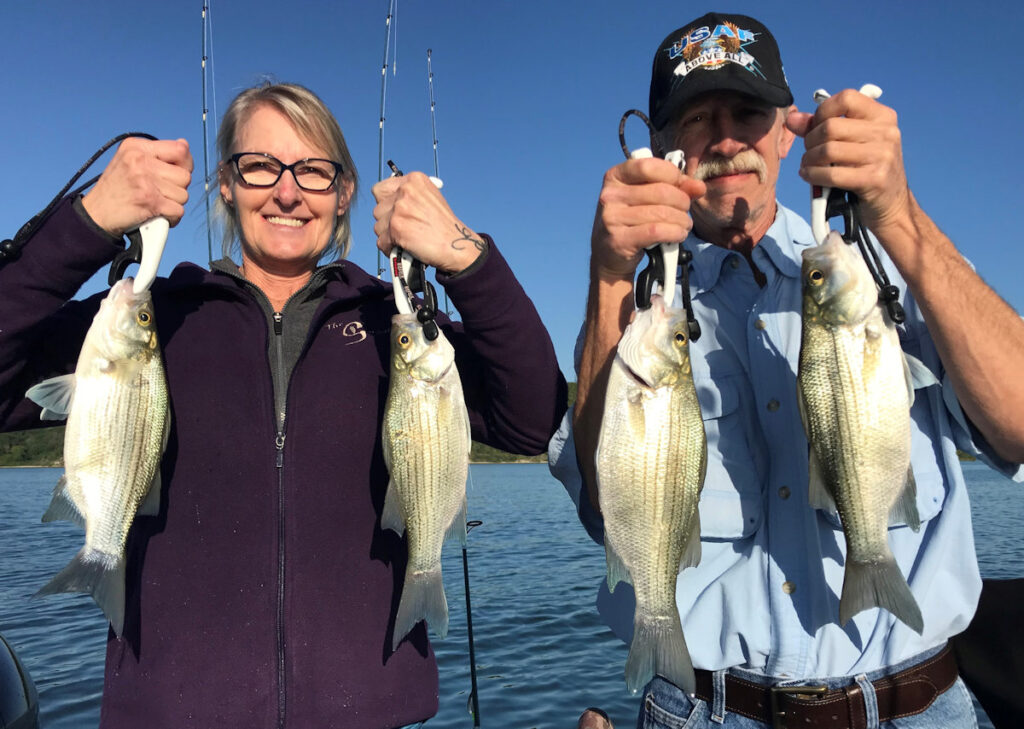 PHOTO CAPTION:  Jeff and Pam Stump worked MAL Lures for four hours straight to put together their haul of 131 white bass, all of which were released.

We finally saw something close to post-frontal conditions this morning as the north winds which began overnight on Monday finally blew themselves out and left us with a calm surface by around 8:30AM.

Calm water and bright skies are never a good combination, but, the “rising metabolism factor” which kicks in from mid-March to around the end of May was definitely in play here and still allowed us an above average catch as compared to the whole-year average of just over 80 fish per trip.

The fish definitely shut down for about an hour from 8:30 to 9:30, then, as winds began to puff light and variable, the fishing started to come back again, although not with the level of intensity we’d seen on Tues. and Wed.

Oftentimes under difficult conditions, finding fish as deep as possible seems to help — it seems to me that the deeper the water, the more buffered the impacts of negative weather seem to be.

The fish we caught from 9:30 to our close at 11AM were all in well over 50 feet of water with the deepest fish coming from 57 feet of water.  I specifically sought these out due to the calm, bright conditions we faced.

We took 100% of our fish on MAL Lures worked vertically in conjunction with LiveScope.

As the fish wound down between 10:35 and 11:00AM, we worked them to the very last drop and finished up with a total of 131 fish caught and released — 100% of which were white bass with the vast majority being 2 and 3 year class fish.

OBSERVATIONS: We used deep water as insurance against the negative impact of calm, bright surface conditions. Thanks to recent rains, Belton has risen nearly a foot this week and is approaching full pool (just hundreths of a foot away).

Wind Speed & Direction: ENE5 at dawn, tapering to calm by 8:30, staying calm for an hour, then going light and variable thereafter with “puffing” light gusts. 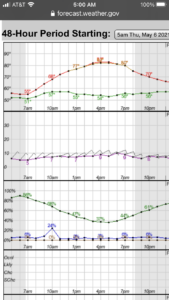