WHO I FISHED WITH:   This morning, Tuesday, May 25th, I fished Lake Belton with a crew of five: Joe and Jeff Oliver, Jeff’s girlfriend, Donna Hine, and two of Joe’s friends, Larry Lattimer and Larry Haynes.

As I went over “the plan” this morning just after everyone arrived, I expressed my optimism for an excellent trip.  All of the fundamentals were in place: low pressure weather, manageable southeasterly breeze, grey cloud cover, warming water, and fish that had not been put off by the recent increase in flow through the reservoir to shed some of the accumulated flood water.

This morning, we focused all of our attention on white bass taken on artificial lures, using the white MAL Heavy, an inline spinner developed by working together with the folks at Mepps. 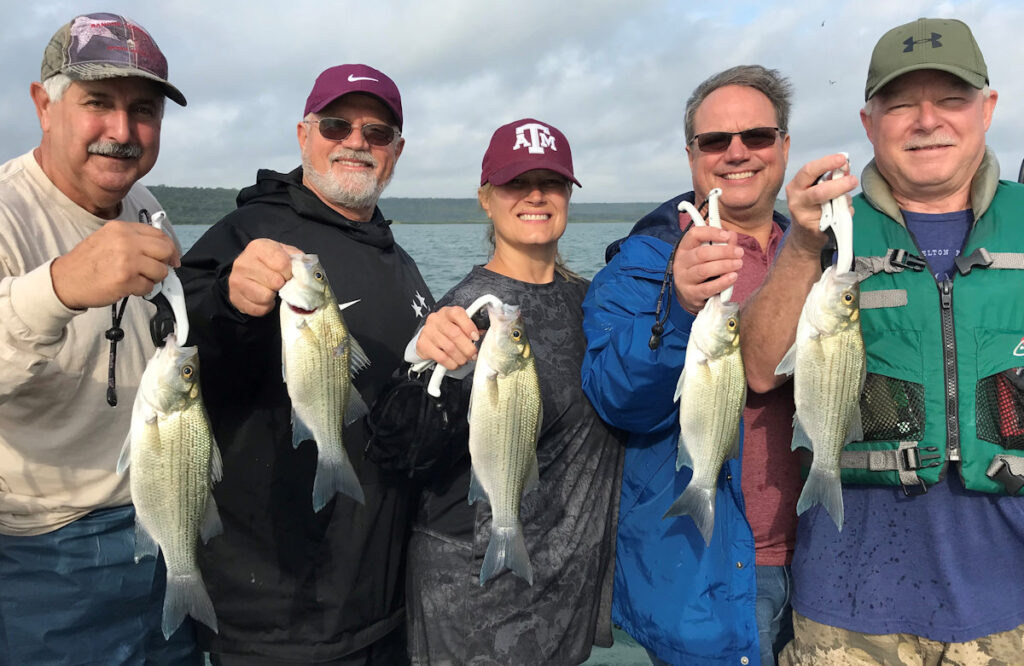 PHOTO CAPTION:  From left:  Larry Haynes, Joe Oliver, Donna Hine, Jeff Oliver, and Larry Lattimer.  This crew put together the highest tally I’ve ever had come aboard my boat — 389 fish during their half-day morning adventure!

Today’s trip was a “cookie-cutter” repeat of what we experienced yesterday … lots of hungry white bass schooled together and ready to pursue and eat anything that came near them.

The sparse number of Franklin’s gulls now remaining at Lake Belton helped in initially getting on the fish today.  This is not the “white tornado” sort of bird activity common in the winter, rather, this is closely watching for just a bird or two hesitating over a patch of water now and then.  Occasionally, more birds join in and it becomes more obvious where the fish are, but, if you wait for that obvious action, you’d have missed a lot of good fishing in the meantime.

Because the fish we found were deep, they just aren’t driving shad all the way to the surface routinely, thus denying those gulls an opportunity at a more widespread, more lengthy feed.

Over the course of our four hours on the water, we fished four distinct areas, with the first area, which we fished under the least amount of ambient light, the only one which was anything less than excellent.

From approximately 7:20AM until the fish quit between 10:20 and 10:45AM there was scarcely a time we did not have at least one fish on the line.  There were multiple occasions wherein we had all five rods hooked up at once, with my clients patiently waiting on me to get to them to release their fish so they could get their MAL Heavy Lures (in white) down for another go at it.

In fact, it was so good that I supplied Joe, who was closest to the bow and furthest from my position in the stern, his own set of 6″ curved-tip forceps so he could efficiently release his own fish.

We noted how, as the fish at a given area would begin to lose enthusiasm, those fish we caught from that point forward tended to be small.  We were at that point at what would be our second-to-last stop.  I offered that we could go right on catching what we could, or, roll the dice a bit at that point late in the morning when the fishing usually tapers off quickly, and try to hunt up one final bunch of better fish.  We went with the latter option and wound up boating nine more fish at this final stop.

As we brought in our lines for good, our tally stood at 386 white bass and 3 largemouth bass for a new boat record of 389 fish landed during a half-day trip. 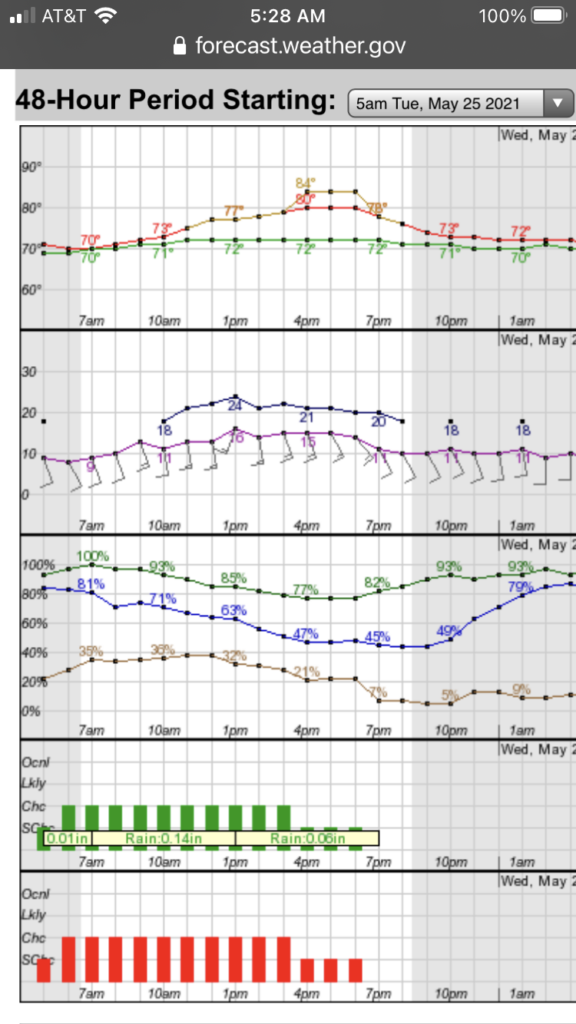