WHO I FISHED WITH: This morning, Wednesday, June 9th, I fished on Stillhouse Hollow Reservoir with Miss Finley Zwern.  Finley is on her annual summer visit with her grandparents who live north of Austin.  Accompanying Finley today as non-fishing chaperones were her grandfather, Larry Brewer, and her uncle, Blake Hoekstra. 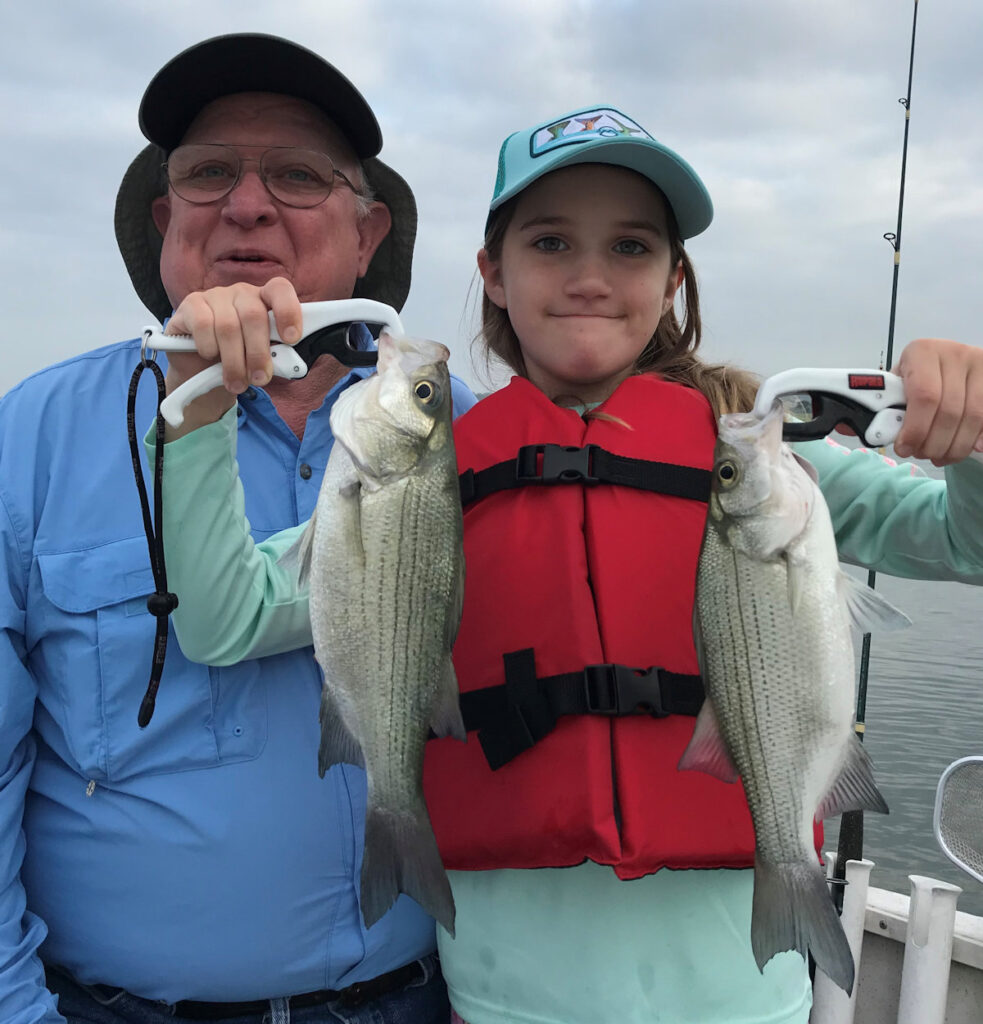 PHOTO CAPTION: Larry Brewer brought his granddaughter, Finley Zwern, out on a multi-species fishing trip during her annual summer visit with him and his wife.  Also planned this week for Finley is “craft day” and a visit to the Vintage Market Days at the HEB Center north of Austin.

Finley is just shy of 9 years of age and fished with me last summer.  She did well then and so I had a pretty good idea of her abilities and how long she’d stay interested in a particular presentation.

I came prepared this morning to fish for white bass both vertically and with downriggers, and to fish for sunfish, as well.  Over our 3.5 hours (the normal duration for a Kids Fish, Too! package trip just for kids), we employed all of these tactics.

We started off the morning finding well-schooled white bass in ~42 feet of water and fishing atop them vertically using a white MAL Heavy Lure.  Given the grey skies and gentle breezes, the fishing conditions were great.

We sat on that first school of fish for right at 1.5 hours and caught them until Finley’s wrists were too tired to reel in any more.  When holding the rod and reel got uncomfortable, I placed it in the downrigger’s rod holder for support, but, eventually, even that didn’t help.  By this time, we had landed exactly 35 white bass.  As much as I hated to do it, we left those fish still biting to go pursue sunfish up shallow so as to introduce the variety a kid her age requires.

We moved into some flooded cover (wood, rock, and weed) and did well on sunfish, landing a total of 25 sunfish, including both bluegill and redears (but no greens for longears).  It didn’t take quite so long for this second method to lose its appeal, and we wound up moving after about a 45 minute stay on the sunfish grounds.

We wrapped up our trip shooting for doubles and triples using a 3-armed umbrella rig targeting white bass on downriggers.  We found white bass in about 30 feet of water this go-round, and got a triple on one rod and a double on the other right off the bat.  We continued for a few more passes, catching additional singles and one final triple for a total of 12 white bass on the downriggers before I suggested to Finley that we could put more fish in the boat in our closing few minutes by switching back to the MAL Lure used vertically.

Since she knows her siblings (younger sister and older brother) are going to want to compare total fish caught after they come out with me later in the summer, Finley thought she’d better “run up the numbers” while she had the chance.  We wound up landing a final 10 more white bass on the MAL Heavy before calling it a great morning with 82 fish landed. 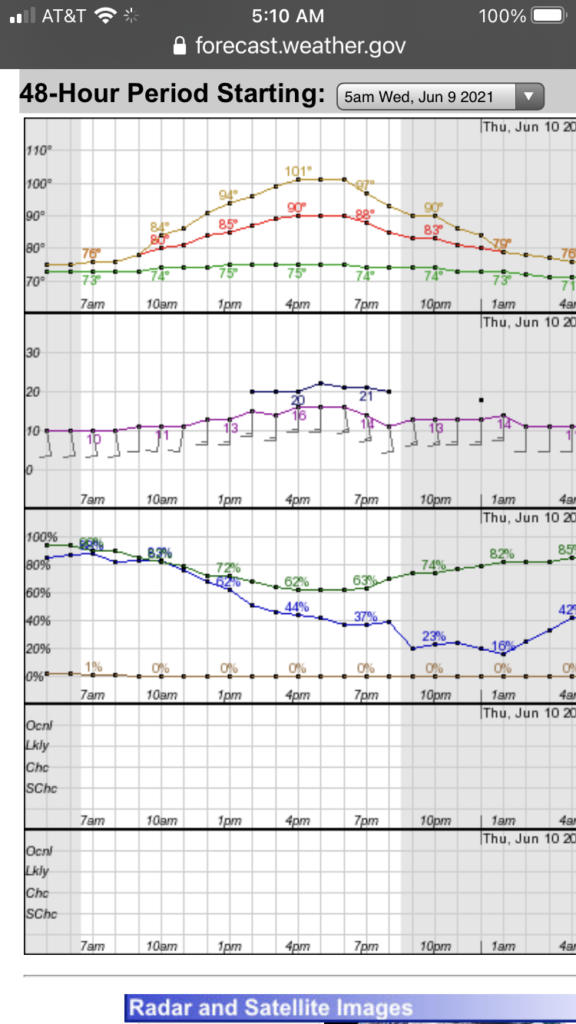 **Area 996 to SH0024G – 12 white bass on downrigged 3-armed umbrella rig with Pet/spin combo; then 10 more whites on MAL Heavy (white) after we Spot-Locked on the center of mass of the population of white  bass we’d been downrigging over