WHO I FISHED WITH: This past Thursday evening, June 10th, I fished with 6-year-old Zoey Haberer, accompanied by her grandfather, Steve Niemeier, as we targeted sunfish on Stillhouse Hollow. 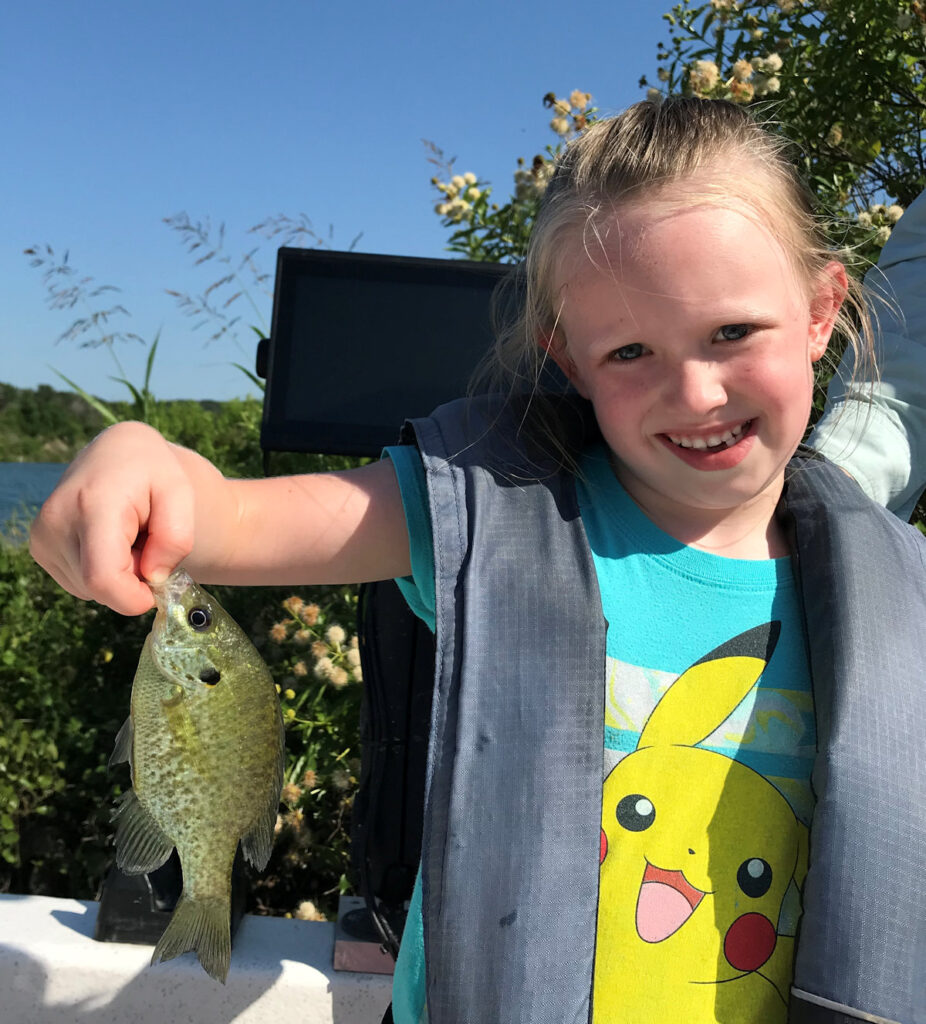 PHOTO CAPTION:   Zoey Haberer’s catch of 38 fish consisted mainly of sunfish like this redear taken out of ~5 feet of water in a band of bare bottom between the shoreline and a parallel line of near-shore hydrilla growth.

With the recent cessation of rains, Stillhouse crested and is now falling slowly from a peak elevation of over 3 feet above full pool.  This has created a unique, and short-lived situation along the shoreline.  Because we are squarely within the growing season for hydrilla, that form of aquatic vegetation is now growing out of portions of the lake bottom which is normally dry land.  It is doing this by spreading toward the shore from the already-established plants out in slightly deeper water.

So, now there is a band of clean bottom located between the shoreline and this new “wall” of hydrilla which will only exist as long as the water is high.  In areas where the bank is more steeply sloped, this “clean bottom” offers an opportunity to present baits to sunfish hiding in the hydrilla and to do so without getting your presentation tangled in weeds.

This is what we focused on this afternoon in an attempt to keep Zoey engaged for her 3.5-hour-long “Kids Fish, Too!” trip.

We looked and tried fishing at a number of areas, finding all of our sunfish success at two of them.  Wherever we could get one sunfish to bite, we were sure to catch more as the sunfish were congregating in distinct areas given the scenario described above.

With about an hour remaining until sunset, and Zoey having lost interest in any more sunfishing, we tried our luck on twilight white bass.  Unlike Belton, Stillhouse does not often have a strong evening white bass bite.  The main reason we were on Stillhouse is because of the greatly fluctuating conditions over on Lake Belton, which continues to rise, thus making access difficult, and ramp closures being a very real possibility with each day the water rises.

We found a few fish in our last hour, and Zoey reeled in two white bass and a single freshwater drum as we worked MAL Lures vertically in conjunction with Garmin LiveScope.  This brought our final total to 38 fish for the evening. 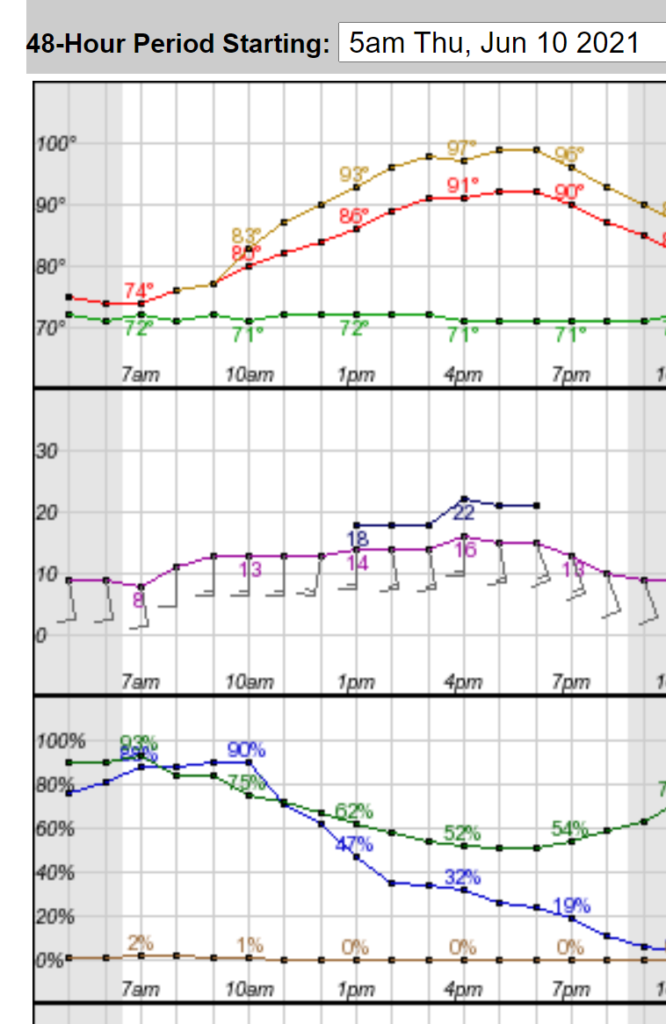