WHO I FISHED WITH: This past Saturday morning, June 13th, I conducted the 2021 season’s 5th SKIFF trip welcoming aboard Maria Reynolds (mom), and two of her three kids, Makenna (age 11), and Bryson (age 8).

The children’s father, Sergeant First Class Brad Reynolds, passed away at age 38 while on active duty at Fort Hood on May 13, 2020.  SFC Reynolds served as an Army aviation helicopter mechanic.

Maria, originally from the Philippines, is a nurse working in the endoscopy department at Advent hospital in Killeeen. 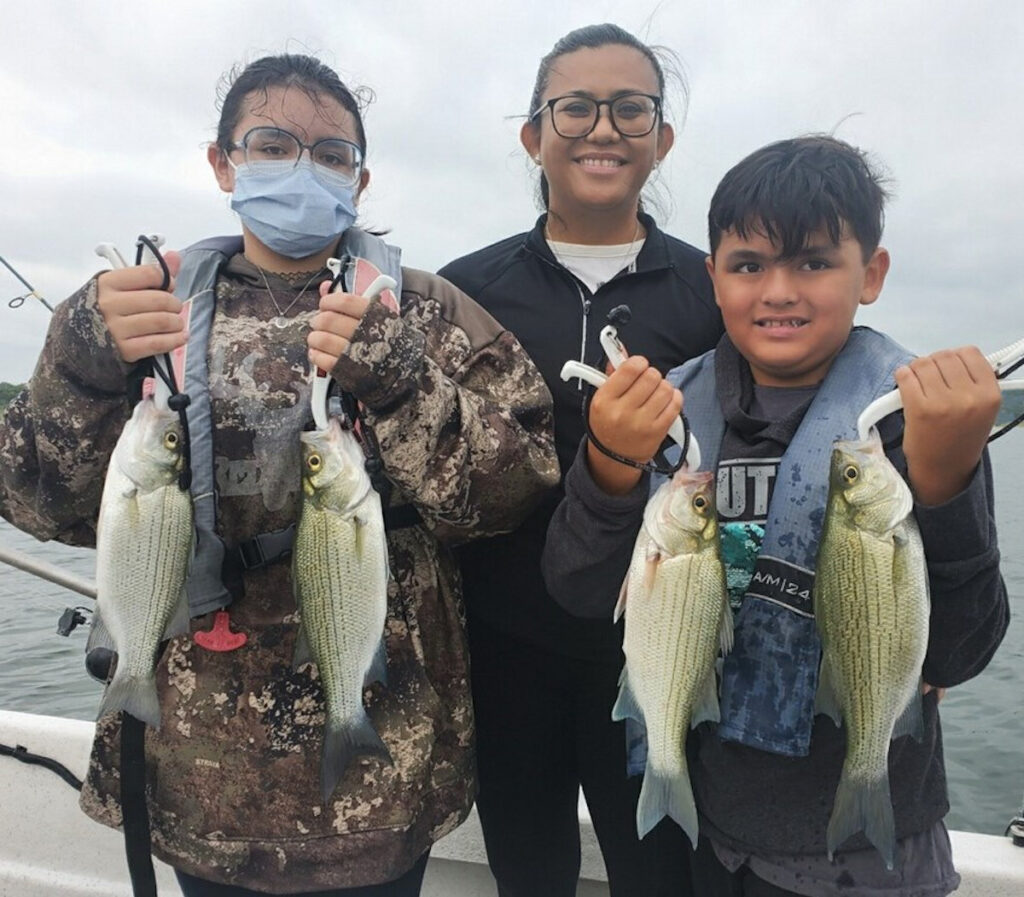 PHOTO CAPTION: From left: Makenna, Maria, and Bryson Reynolds with a portion of their 64-fish catch taken from Stillhouse Hollow on the morning of June 12, 2021. 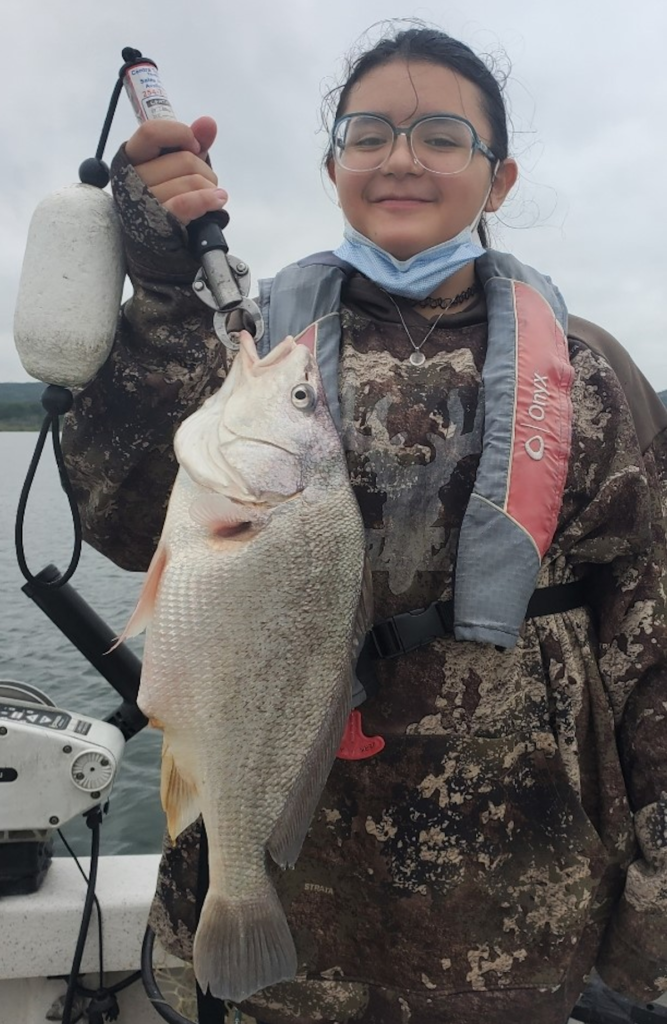 PHOTO CAPTION: Makenna landed our largest fish of the trip.  This freshwater drum hustled up off the bottom and grabber her well-presented MAL Heavy Lure in white color.

HOW WE FISHED: Up until this trip’s start time I was only expecting Bryson.  He and his dad used to fish a lot and so, with his 9th birthday coming up this month, his mom arranged this trip for him.  At the last minute his older sister, Makenna, decided she’d go ahead and give it a try, and so that took our party size up to three.

The kids quickly got the hang of working the MAL Lure so as to get the spinner blade working efficiently as we did a “practice round” near the courtesy dock before taking our act out on the road and trying to catch fish.

We fished one general area, making a few short hops to stay up with the fish, from our trip’s start to around 8:55AM when the white bass bite shut down pretty quickly for us.  During this time the kids successfully worked their MAL Heavy Lures vertically to the tune of 51 white bass and 1 freshwater drum taken from out of right around 40 feet of water.  Thanks to pretty grey, murky skies, the bite got off to a slow start, but, by 7:30, it was off to the races for a solid 70+ minutes of catching as fast as the kids’ sore wrists would allow.  A few times I had to change spinning reel handles to the opposite side of the reel so the kids could give their wrists a break.

Just for variety’s sake, we did a bit of downrigging after the white bass shut down.  We picked up one white bass that way and then changed over to sunfishing for the remainder of the morning.

Heading up into flooded brush, we broke out the long poles and presented live bait under floats for bluegill, redear, and longear sunfish.  The kids landed 11 sunfish before Makenna gave out right around 10AM as the hot, humid weather and early wake-up began to take its toll.  Bryson lasted another 10 minutes and we then decided to wrap it up and enjoy a cooling, breezy ride back in to the boat dock.

The kids wound up catching a total of 64 fish. 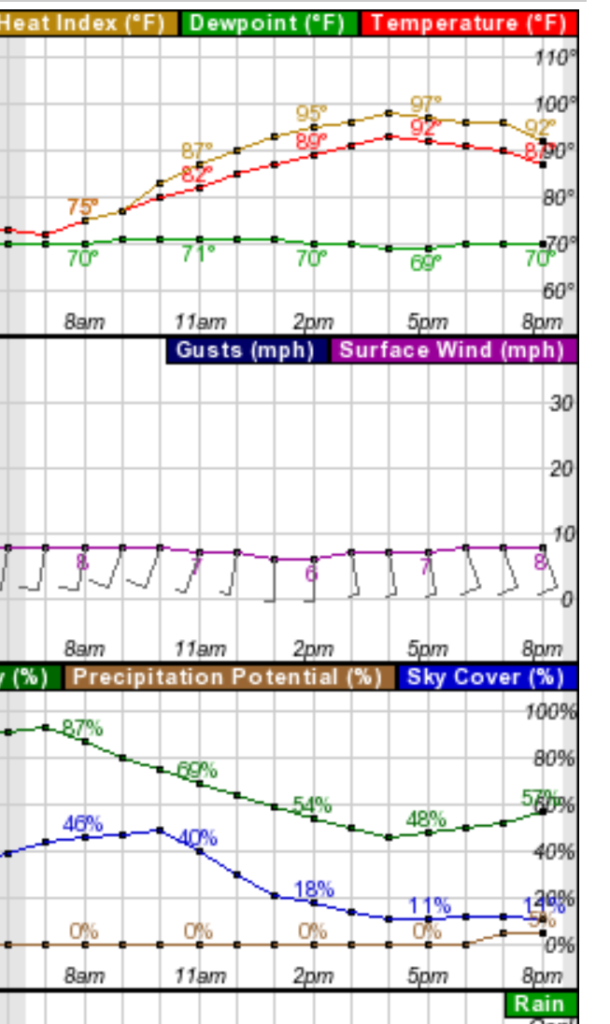