WHO I FISHED WITH: This morning, Tuesday, June 22nd, I fished with first-time guests Mike and Colin Moultis from the Austin area.

This father and son team is originally from Boothbay Harbor, Maine.  When Colin got out of the Army at Fort Hood and moved to Austin to start a moving business, he built a cabin for his folks on his property and now they are all Texans.

Colin’s girlfriend, Ileanette Pla, who is also a veteran here in the Ft. Hood area, gave this trip as a Fathers’ Day gift. 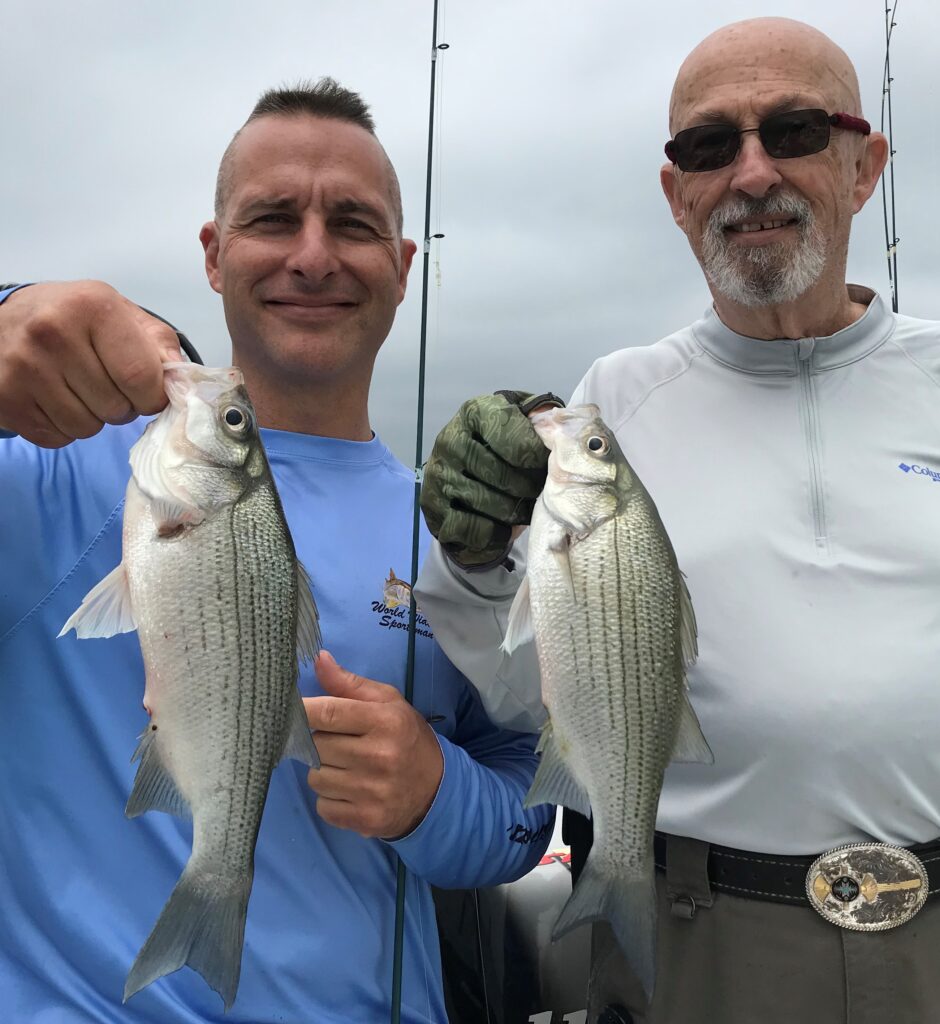 PHOTO CAPTION:   From left: Colin and Mike Moultis enjoyed a father-and-son fishing trip on Stillhouse this morning, targeting white bass.   If Mike looks familiar, you may remember him from the “sonar counter” at the Round Rock Bass Pro Shops store where he worked for a while in his retirement.

The big story today was the weather that blew through last night.  Yes, on the first official day of summer (which begins with the summer solstace, the longest day of the year) we enjoyed what will likely be the coolest morning until September thanks to a mild cold front which moved through beginning around 9P last night, complete with a spectacular lighting show and just a hint of rain.

This morning we had 100% grey cloud cover and tapering NNE winds.  The front came and went under cover of darkness, so, there was no opportunity to fish the pre-frontal or just-post-frontal peak that exists as fronts move by.

We were left with very finnicky fish today, seeing many, many time move fish make feints at our lures than actually overtake and strike them.  Still, we landed 61 fish, all of which were of legal size.

We began our morning using downriggers to fish for suspended white bass up mid-way in the water column using the lighter conditions there to feed before bottom-oriented fish perked up. We picked up 9 fish in about 30 minutes using 3-armed umbrella rigs rigged with 2 Pet Spoons and 1 spinner.

Once the light level got to a certain point, we transitioned to vertical fishing with MAL Heavy Lures in white color and stuck with that approach for the remainder of the morning.

We started fishing MAL’s vertically when the fish we were downrigging over settled to bottom, and then went on to fish 3 more areas successfully with short hops taken at the first two of these.

As I often say on the boat, “If you don’t deal with rejection well, don’t get a Garmin LiveScope.”  That device reveals the cold, hard truth about the percentage (overwhelming majority) of fish which choose to reject your presentation.  It is an eye-opener, and, on days like to today, and also be a heart-breaker.  Watching 1 in perhaps every 30 or 40 fish sighted actually go for your bait is a bit humbling.

Regardless of all of that, we still had a solid day of fishing, and the fish we caught were quality fish.

By the time we’d boated our 50th fish with about a half-hour left to go, Mike put up his rod for a rest and told Colin and me that his elbow was telling him is was going to be an “ibuprofin afternoon”! 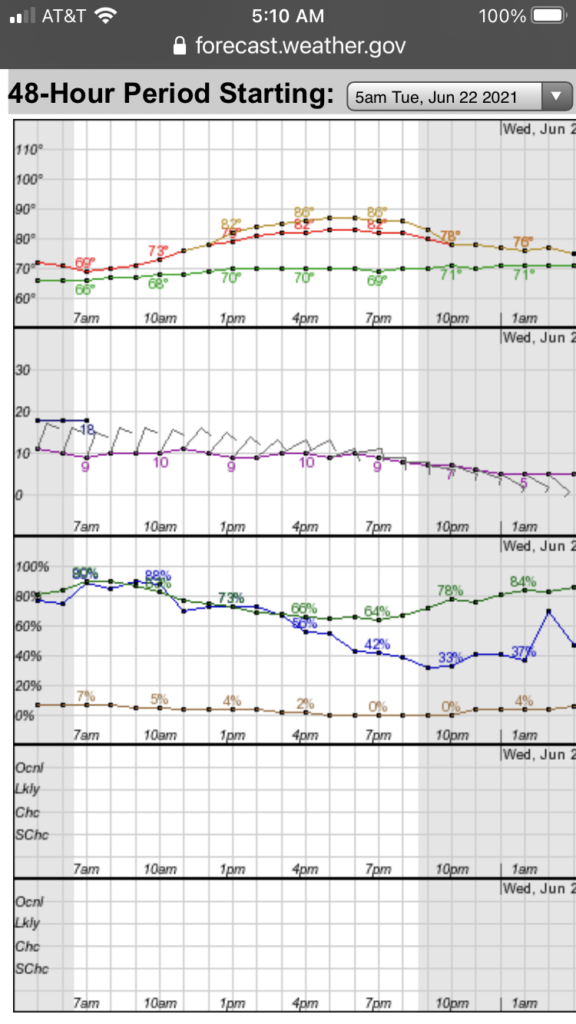 **Area SH0003G – downrigging for low-light fish, then transitioning to vertical work with MAL’s once the fish moved to bottom as the skies brightened