WHO I FISHED WITH: This morning, Monday, June 28th, I fished with Dave Wesley, a retired petroleum engineer from the Houston area, now living in Georgetown.  His son, Dr. Josh Wesley, a physician now living in Waco, joined us, as did Dave’s neighbor, Keith Sherman, who is a retired salesman from the Houston area, and who also resides in the Georgetown area.

The three men fish occasionally, and their prior experience with white bass saw them catching much smaller fish than the quality specimens we landed from Stillhouse this morning.

We had to work long and hard for our fish, but were rewarded in the end. 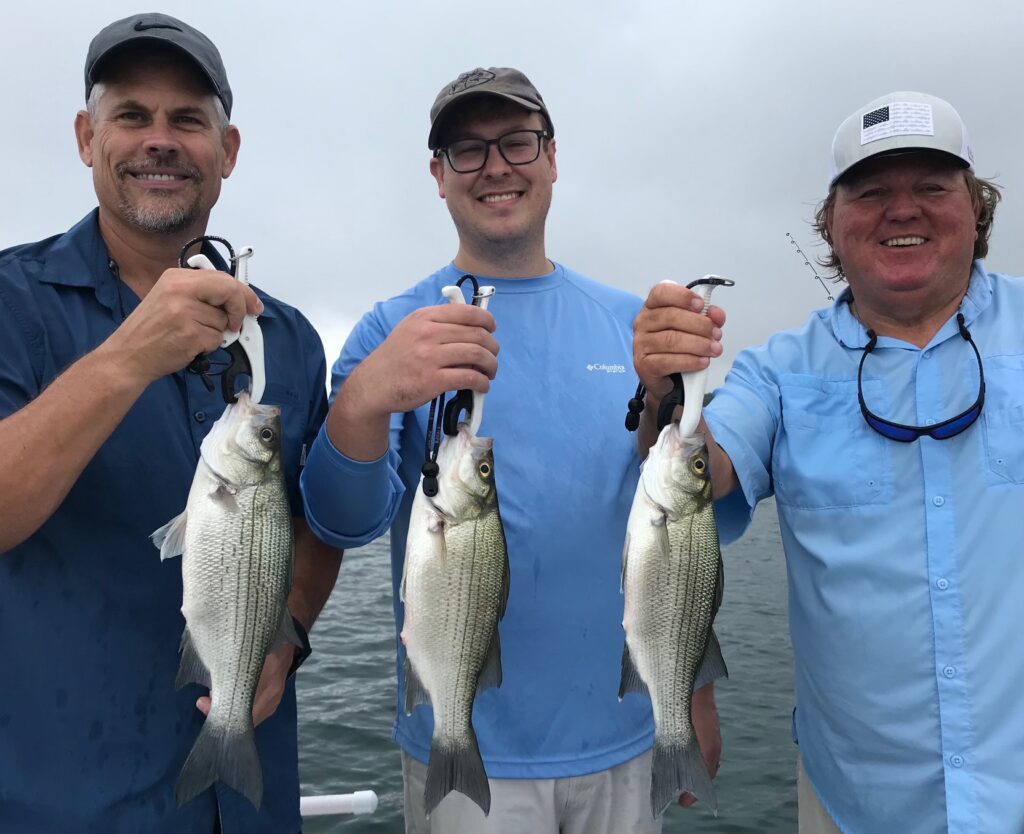 PHOTO CAPTION:    From left: Dave and Josh Wesley, and Keith Sherman with a few of the quality white bass we took in the late morning using MAL Lure in deep water. 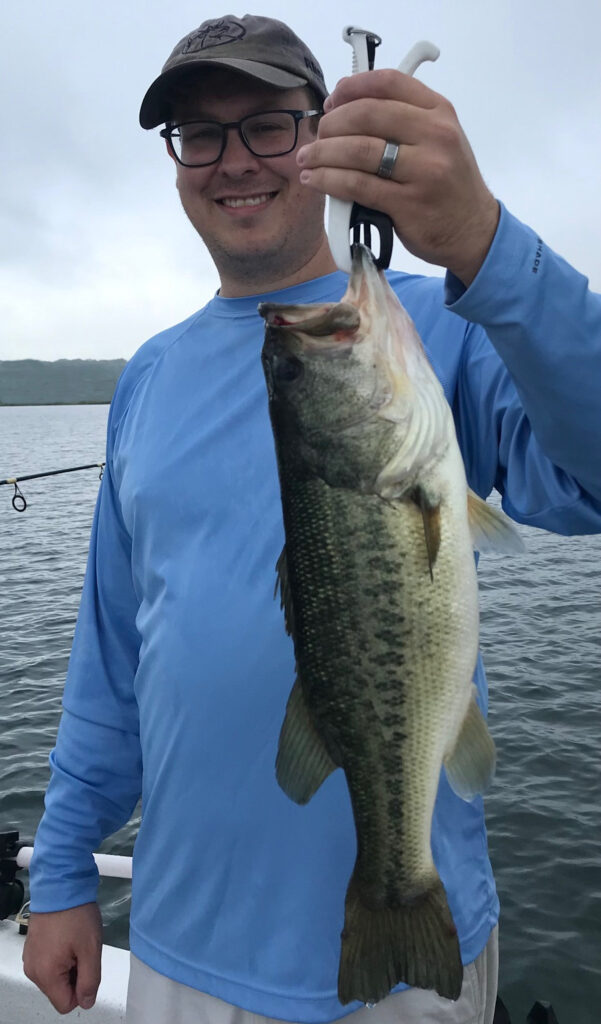 PHOTO CAPTION: Josh Wesley landed our largest fish of the trip this morning by bringing this 3.50 pound largemouth to net, although Dave had a much larger fish which we suspect was a large catfish, which pulled the hook after a lengthy struggle.

I was a tough day on the water this morning thanks to a pretty confused weather scenario.  Beginning around 3p yesterday, Sunday, 27 June, we got 2.00 inches of rain spread over three separate doses which fell in a ~4 hour span.  As this system, driven by low pressure, moved in, the weather got very unpredictable.  We ran from 95F, hot and humid in the shade, to a rain-cooled 72F with heavy cloud cover in under a 12 hour span.

As we got going this morning, I put downriggers down while the skies were still dark to target suspended fish up high in the water column to feed.  We stuck a triple in under 5 minutes’ of effort and I thought, despite the NE breeze, that the low pressure influence might just treat us well this morning.  That was not the case.

Once the suspended fish disappeared and we began targeting schooled fish on bottom in deep water, the fish were pretty scattered, only appeared in small groups, and were hard to convince to bite.  At best we landed 1 or 2 fish as soon as we stopped at a given location, if that.  This went on for 3 hours as we tried more than a dozen areas.  We found fish everywhere we went, and caught a few, thus confirming they were white bass, but, it was hard to get a frenzy stirred up no matter what we did.

Finally, just after a wind shift from NE to E, at around 10:15AM, I spotted the largest single group of white bass I’d found on sonar all morning — perhaps 40-50 fish in the school, as seen on side-imaging.

We Spot-Locked on them and got a better-than-average response with fish both willing to chase our MAL Lures upwards for quite a ways and then strike them, and to consolidate under the boat from the area surrounding us (I could follow this while leaving side-imaging playing while we were Spot-Locked (although the image is always grainy when not moving slow and straight).

We fished these white bass for all they were worth vertically, then, seeing there were still fish out to the port side of the boat not coming in to the commotion we were creating, we cast in that direction and executed lift-drop retrieves and continued catching right up until the second dose of rain hit us, after which the fishing tapered to nil very quickly, and after which we were all quite soaking wet.

We finished the trip with 43 white bass and one 3.50 pound largemouth, all taken on the white MAL Heavy. 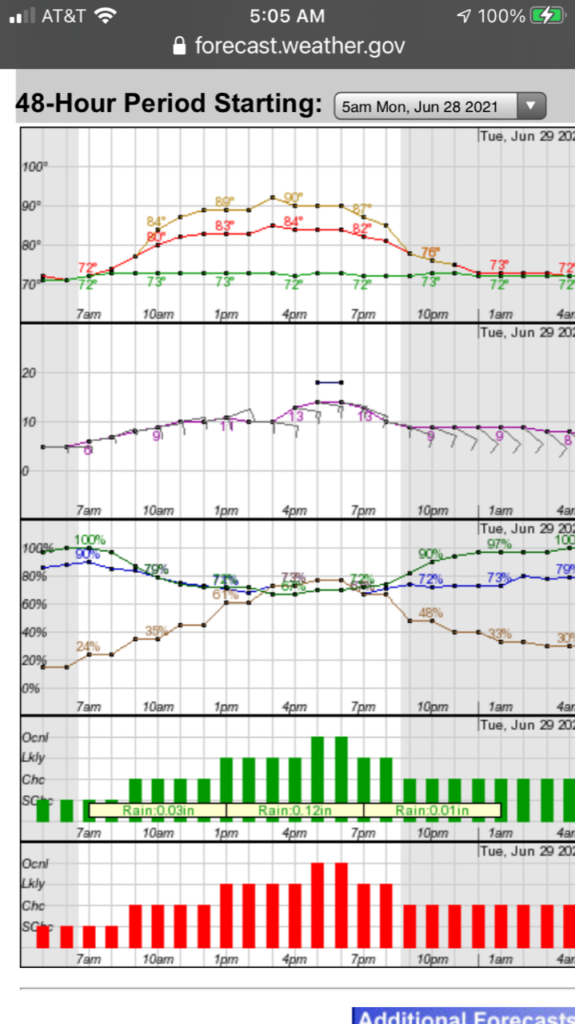