WHO I FISHED WITH: This morning, Tuesday, June 29th, I fished with father-and-son team Scott and Tyler Roach from the Georgetown, TX, area.  Tyler is soon to be 11 years old and did a pretty good job handling a spinning rod and reel.

Scott owns a 22′ Kenner tunnel-hull with a 150 2-stroke Merc on it, allowing he and Tyler to fish on their own on lakes around Central Texas, as well as down on the Gulf Coast.

We originally had plans to fish together in March, but a severe cold front ended those plans.

All in all, the 73F start and grey clouds made this a pretty tolerable late June morning by Texas standards. 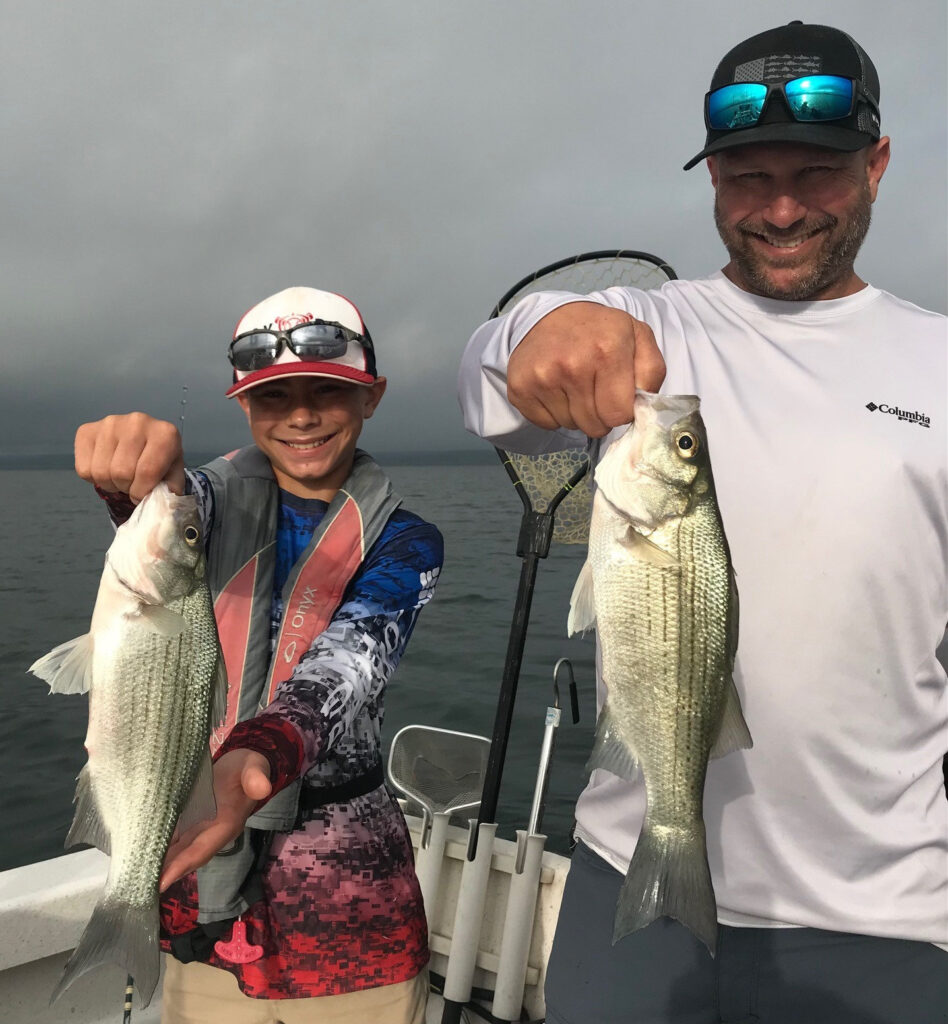 PHOTO CAPTION:    From left: Tyler (age 10.999) and his dad, Scott Roach with a nice pair of white bass the two landed seconds apart as Scott leveraged off of the excited schoolmates which followed Tyler’s hooked fish to the surface.  “Fishing smart” like this put another 10-12 fish in the boat which would otherwise not have been landed.

Fishing continued to require a lot of work and a lot of moving to find willing fish thanks to the mixed-up weather we are currently experiencing, all driven by an upper-level low pressure system.  Today’s winds were again mainly easterly which never bodes well for excellent fishing.

We fished three areas which held congregated fish in the 40-60 foot range (which is the depth from which we caught fish yesterday) and did not get so much as a solid follow from these fish.  I suspect the dark grey skies kept it nearly pitch black at those depths so early in the morning, so much so that I actually adjusted my start time for tomorrow from 6:30A to 7:00A to get through that unproductive  time around (obscured) sunrise.

Once it brightened a bit the fish perked up and we began catching fish pretty well.  The action was steady, but we only had one really solid 25 minute run from 9:30A to 10:00A.  Other than that we caught our fish in 2-3 fish spurts.  Often, when Scott or Tyler hooked up, the other was able to leverage off of that by reeling his lure near the “haystack” of fish that followed the hooked fish upwards as they temporarily got more aggressive than normal.

All of our work was done with the MAL Heavy in white color this morning.  I did try downrigging during our first 45 minutes on the water after we couldn’t get the fish fired up otherwise, and they did not respond to that horizontal tactic, either.

By the time 11AM rolled around, Scott and Tyler both had sore wrists and were ready to consume some groceries.  Our tally stood at 40 white bass and 1 freshwater drum for the morning.

Wind Speed & Direction: E for first two hours at ~6, then ESE ~7 the rest of the morning. 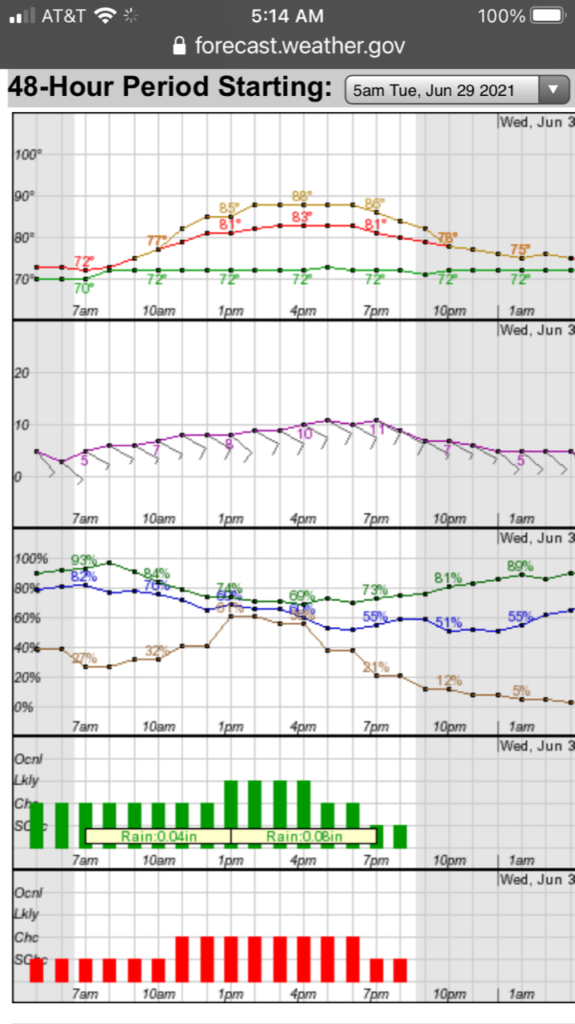