WHO I FISHED WITH: As you read this, remember, I try to shoot you straight on every trip report I write, and, I write a trip report for every single trip I make, not just the good ones.

This morning I fished with Lori Ostberg and her kids, Leslie and Chance, all from western Montana.  Lori and Leslie were part of the record-breaking team of 4 anglers (which included Robin and Tyler O’Dell) which, back in late April of this year, set a boat record for most fish landed in a half-day trip with 333 fish boated.  Lori thought her son would really enjoy the fishing and wanted to include him on a trip during an already planned visit here in June/July.  I told her at the time that the fishery would be different … I just didn’t know how different.

It was one of those days when nothing seemed to go right.  I woke up this morning, started going through my normal pre-trip routine, stepped outside to gauge the weather and saw we were fogged in.  My heart just sank.  Fog is a precursor to a poor trip nearly every time I’ve experienced it.  So, in addition to the fishing already being “summertime tough”, we now had fog to contend with.

Next, I arrived at the lake and the new-fangled admission kiosk was out of service, so, I had to weasel my truck and boat under the partially opened gate to get ready for the arrival of my guests.

As I backed my truck down the ramp, the protective cover on the inside of my trailer’s fender fell on the ground with a loud clank as the several tack welds holding it on all managed to fail.

We fished our tails off for 4 hours straight, fishing in the fog for 3 hours, and then in the increasing heat with windless conditions for our final hour, all for 5 fish hooked and only 3 fish landed.

I was disappointed, frustrated, and just shaking my head for the rest of the day.  In good conscience, I did not charge my clients a red cent, and wound up postponing my trip tomorrow as the weather forecast looked even worse with bright, calm conditions forecast, and flood water still gushing through both dams at Belton and Stillhouse.

Finally, as I bid farewell to the Ostbergs and put my boat on the trailer, my Drotto Boat Latch failed to work for the first time ever, and one of the plastic trim pieces on one of my Garmin sonar units fell off randomly.

You better believe I drove home about 10 miles per hour under the speed limit and with both hands on the wheel!! 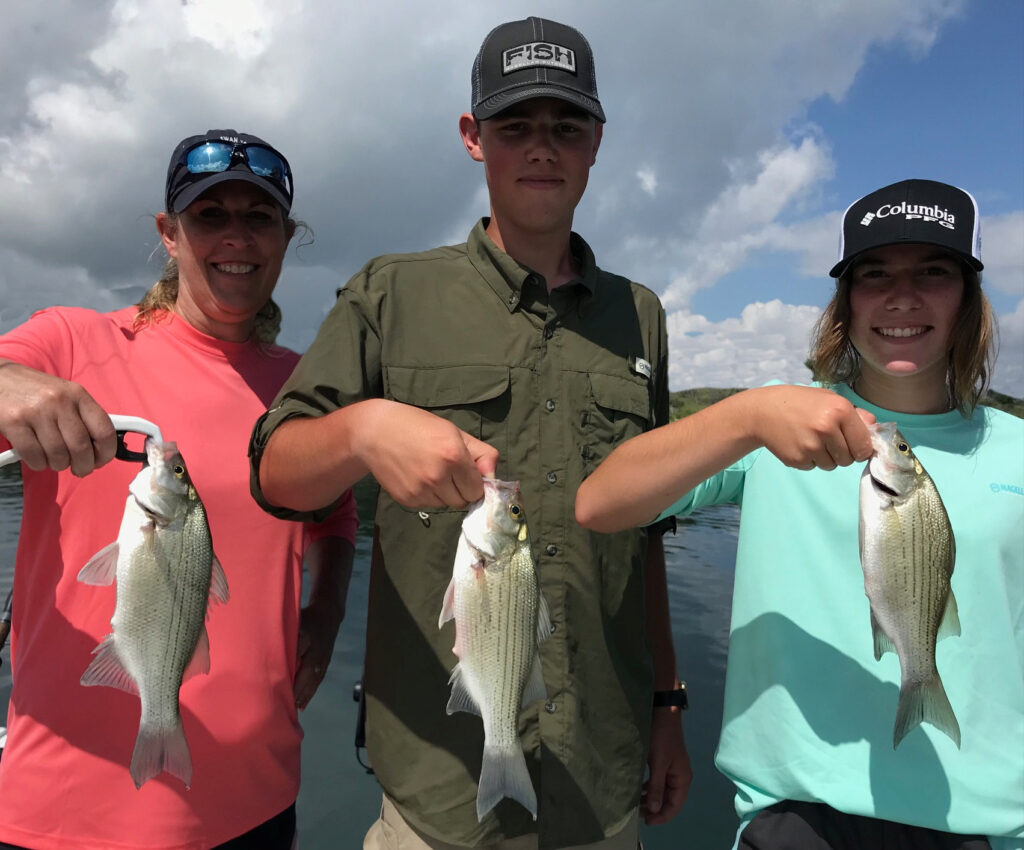 PHOTO CAPTION:    From left: Lori, Chance, and Leslie are all smiles despite a very, very tough day on the water.

I’ve said it often, June is my least favorite month of the entire year for fishing.  It is the month during which I intentionally take at least a week off to go prairie dog hunting just to get away from the lack of predictability June brings.

This morning we hit no less than 15 distinct areas, every single one of which held white bass clearly seen on sonar.  No matter what we did, including using downriggers to run baits horizontally instead of vertically, we just could not get the fish to follow and strike.  On numerous occasions we all watched in dismay as entire schools of 30-40 fish just moved from one side of our LiveScope screen to the other without breaking their stride and without ever flinching or expressing any interest whatsoever in our presentations.

Lori, Leslie and Chance were troopers, doing everything I asked them to do and doing it well and consistently.

Failing to find fish is one thing, but finding them and then not being able to catch them is another.  Sometimes this happens for a short while, but, over a 4-hour span the fish eventually turn on and can be caught, but that just was not the case this morning.

Snakebit — that’s all there was to it.  Going to give it a rest, let both lakes bleed out some more water, let the holiday revelers do their thing, and then get back on it after the long Fourth of July weekend wraps up next Tuesday.

We never did get a sniff on the downriggers.  What we caught we caught on the white MAL Heavy Lures.

Sky Condition: For for 3 hours, followed by rapid clearing to calm, sunny conditions. 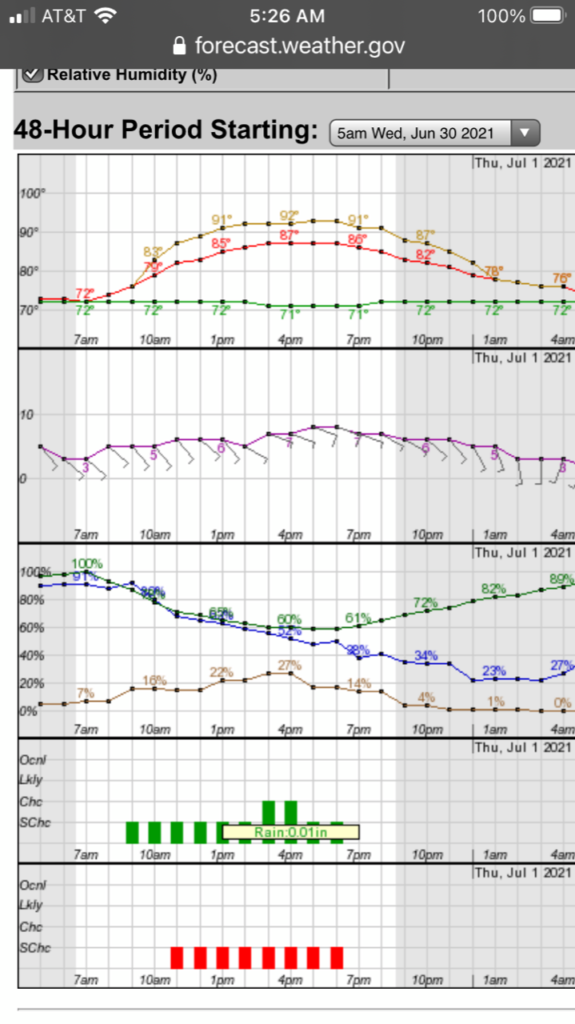