WHO I FISHED WITH: After laying off the fishing since last Wednesday to conduct a few sonar training sessions and avoid being on the water during a holiday, I headed back out fishing today with returning guests Larry Brewer, Larry’s granddaughter, Adi Zwern, and Larry’s friend, Blake Hoeskstra.

Larry and his wife host each of their grandkids, one at a time, over the summer, and both this summer and last have taken each of them on a fishing adventure.  With Eymon’s and Finley’s trips already completed, Adi was the Summer of 2021’s clean-up batter.

At age 8, I knew we’d need to do some sunfishing to keep Adi’s interest up for a full 3.5 hours on this Kids Fish, Too! trip, so, I opted for Lake Belton.  Much of the traditional sunfish haunts on Stillhouse are now clogged with hydrilla due to that aquatic vegetation growing well while the lake was ~3′ high.  Now that the water has fallen back to near normal, that vegetation is now matted over in shallow water making it difficult to get a light bait down to where the fish are.  By comparison, Belton has no aquatic vegetation to deal with. 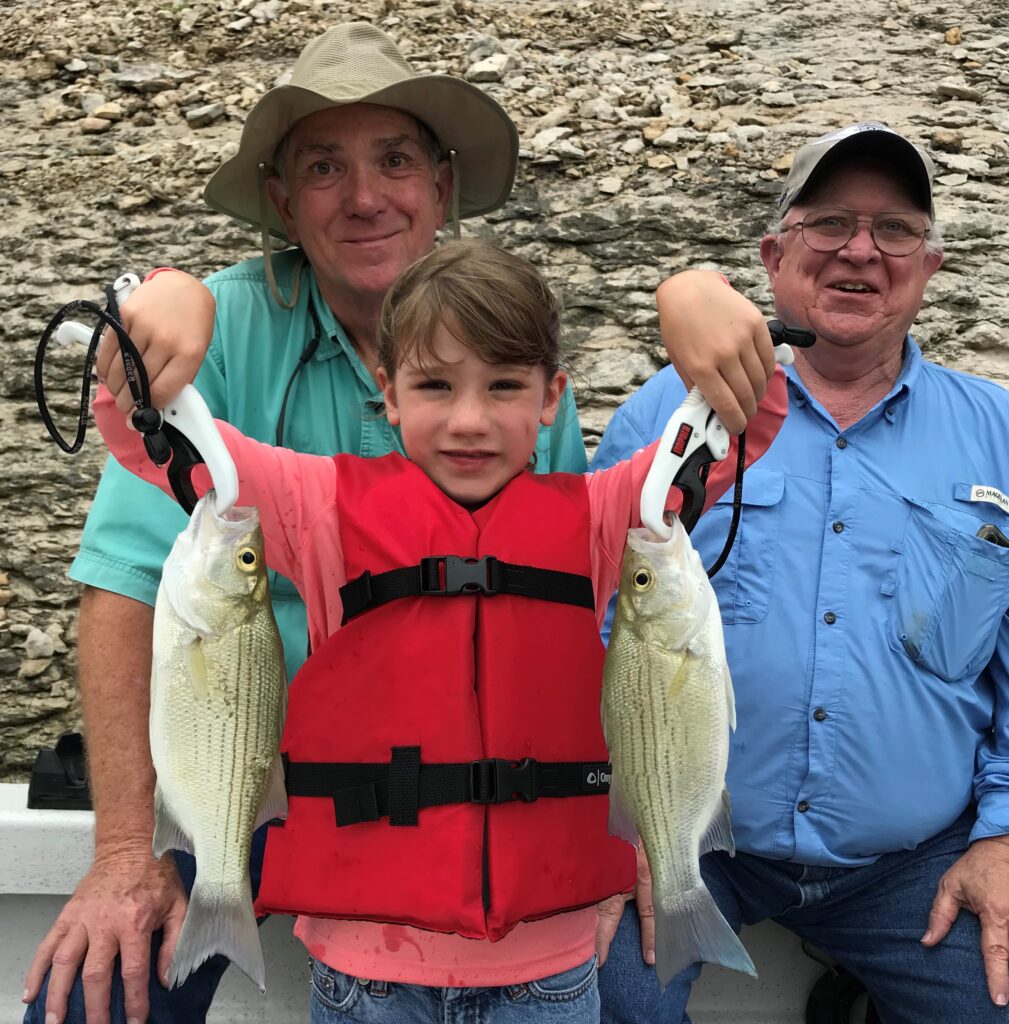 Both Belton and Stillhouse rose overnight as a flash flood warning went out for Bell Co. in the hours from 8pm to midnight.  Stillhouse came up 0.12 feet and Belton rose a quarter-foot.

Belton is definitely off-color, with a yellow-brown stain to it.

We got going around 6:30 with heavy cloud cover and started our morning off looking for topwater action.  We found light, scattered, sporadic topwater action mostly out in wide open water.  These were “nomadic” fish just cruising and chasing the uber-abundant shad now present in the system.

Although with the ENE wind blowing a ripple on the water, the “nervous water” created by white bass feeding on small forage was barely noticeable, we found several schools and tried drifting with them so as not to pressure them by chasing with the outboard or trolling motor.  This worked pretty well, and we closed the final gap between boat and fish using the white MAL Heavy which casts a country-mile.

The trick was manually closing the bail the instant the lure hit the water and then cranking fast to keep the lure up near the surface where the white basses’ attention was focused.

We landed 28 white bass over the course of the morning in this way.

Additionally, we made two separate stops up shallow to fish for sunfish.  Adi had prior experience with this from last year, and really did well at keeping her rod tip out of the water and setting the hook appropriately once her float was pulled under.

Adi landed 55 fish on the long-pole, including bluegill, longear, redear, and green sunfish, with 2 spot-tails thrown in for good measure to expand her “species landed” inventory.

About 10:15 Adi looked at her grandpa and said, “I think I need to take a break.”  We knew it was time to finish on a strong note right then and there.  As Adi and crew left the parking lot, the first precipitation of the morning began to fall. 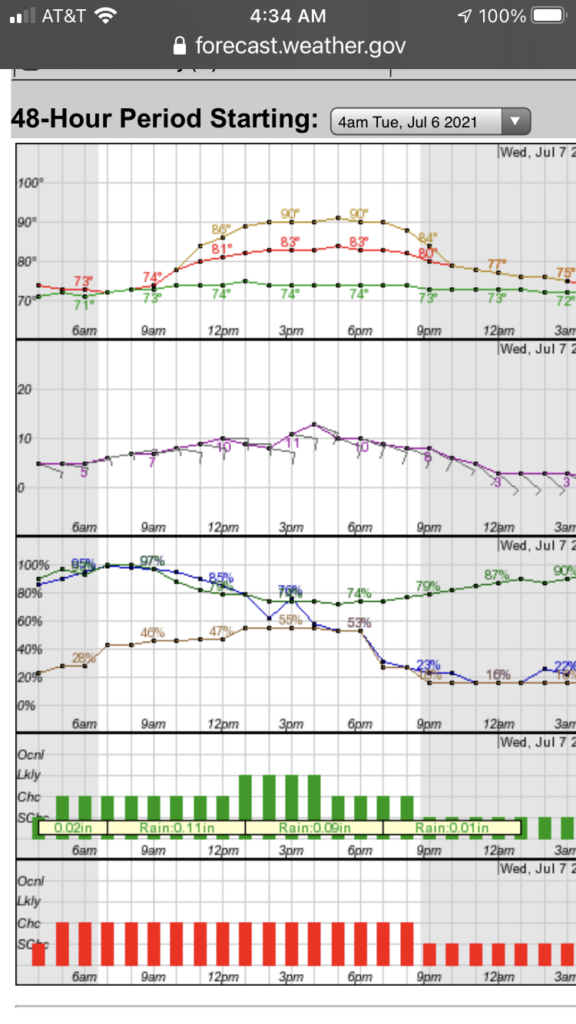