WHO I FISHED WITH: This morning, Monday, July 12th, I fished Lake Belton with returning guests Jim, Dan, and Jake Deuser — three generations of anglers who have been out with me in all manner of conditions and in other seasons.  This, however, was their first summer trip. 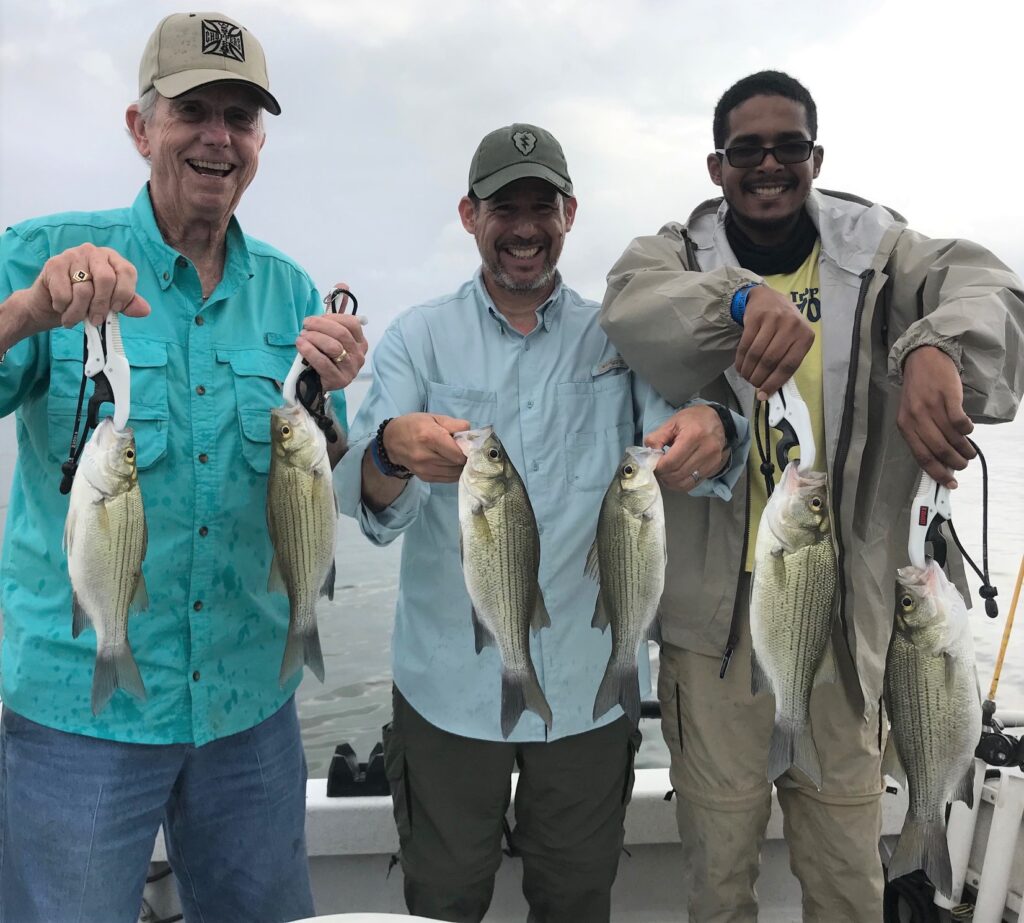 PHOTO CAPTION:    From left: Jim, Dan, and Jake Deuser with a few of the 76 white bass we landed as storms threatened all morning.  We split the catch pretty equally between early topwater and then working MAL Heavy Lures with a sawtooth tactic in deeper water.

I really didn’t know until I headed out the door this morning if the weather was going to allow for this trip to happen.  As it turned out, despite storms to our N, S, and W, all fizzled before they got to us until, finally, around 10AM, some storms pushed in from the WNW and put a 20-minute early end to our morning.

We enjoyed grey skies (good) and nearly calm conditions (not so good).  The first 50 minutes of the trip we were able to locate topwater feeders and throw MAL Heavy Lures beyond these white bass so as to work the lures completely through the entire school and hook up routinely.  We landed 29 fish this way before moving on.

For the next 40 minutes or so, there was enough “popcorn” action to keep us busy during which time schools of white bass would pin shad to the surface, but stay there only briefly.  We’d run to these fish, get in a few casts, catch a few fish, linger a bit after they would sound to see if they’d pop back up again, then move on after the action ended.  We put another handful of fish in the boat this way.

Our last good lick came when we used downriggers to effectively fish while at the same time scrutinizing the side-imaging screen for signs of congregated fish on bottom.  Once we found these grouped fish, given they were only in 20-23 feet of water, instead of Spot-Locking on them, I Spot-Locked just a cast’s length away and we worked these fish over with a sawtooth tactic using the MAL Heavy in white.

This was very successful, and, as we remained on Spot-Lock, we eventually drew fish in to right beneath the boat (as seen on Garmin LiveScope) as fish followed our lures, but broke off the chase right at the boat without striking.  We’d drop the MALs vertically when enough fish were present and, more often than not, caught them.

We got a nice “calm before the storm” surge of action in our final 30 minutes on the water before the lightning got too close for comfort and we headed back in while we could safely do so.

We ended up with exactly 76 white bass this morning.

OBSERVATIONS: USACE is still releasing at 2,132 cfs.  The water, though still turbid, is noticeably clearer than it was last week.

End Time: 10:00a (wrapped up early due to incoming rain and lightning) 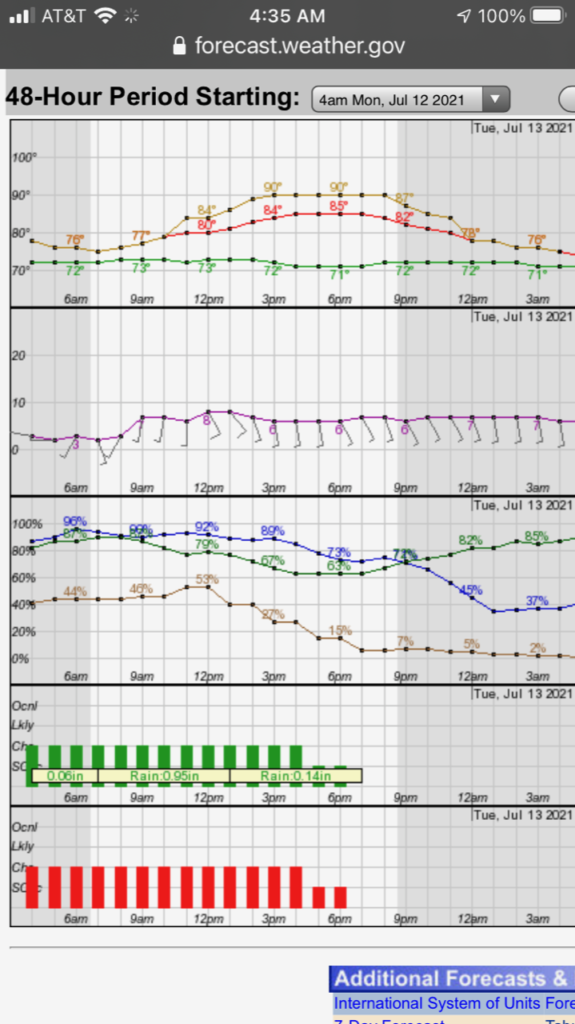 **Area vic 165/172 – found fish via downrigging, then capitalized by working MAL Heavy with a sawtooth tactic