WHO I FISHED WITH: This morning, Tuesday, July 13th, I fished with Mr. Fred Cabanday and his adult nephew, Christian Rodriguez.

Until recently, Fred served on the maintenance staff at Harker Heights High School where his extra effort and attention to detail did not go unnoticed by the coaching staff and students he served.  Coach Randy Culp coordinated an effort to take up a collection to send Fred on a fishing trip with me, and today was the day he chose to make that happen.

Prior to this trip, neither Fred nor Christian had ever caught a white bass before, nor had either one ever encountered topwater feeding by this schooling species of fish.  Needless to say, they were in for a treat. 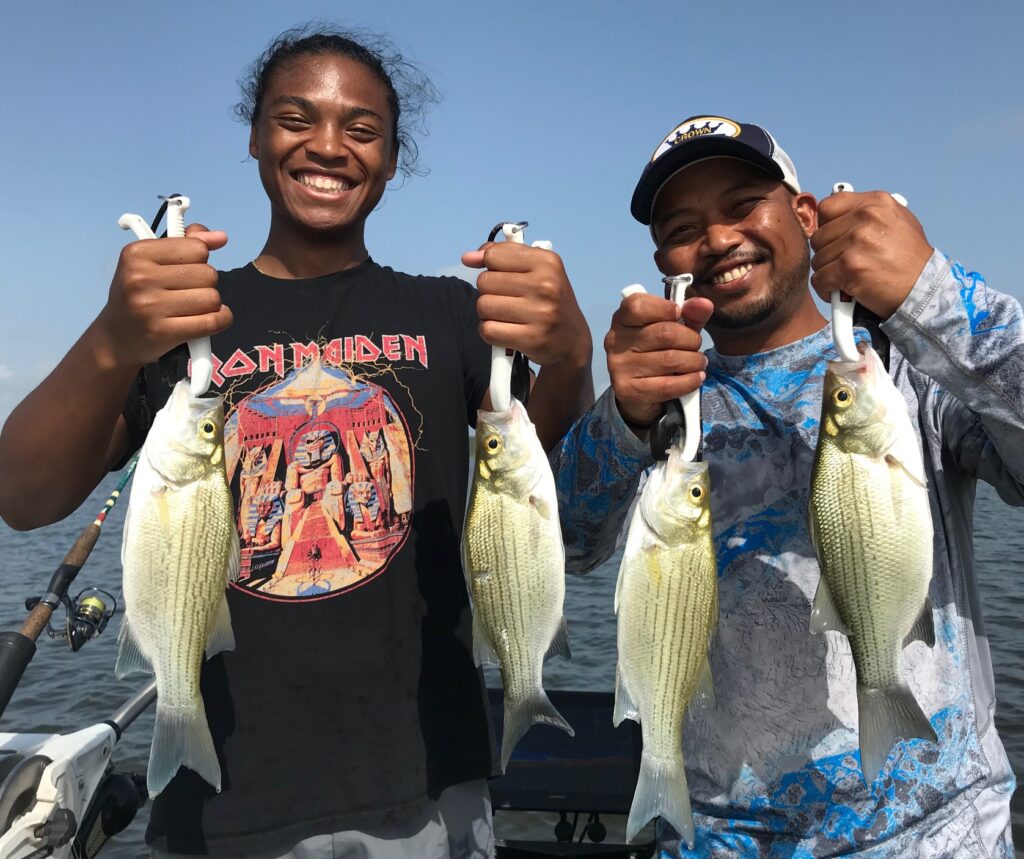 PHOTO CAPTION:    From left:  Christian Rodriguez and his uncle, Fred Cabanday, enjoyed a 70-fish morning on Lake Belton. Neither fellow had ever fished for white bass nor seen white bass feed on the surface before this morning’s trip.

Thanks to a minor weather wrinkle right at that critical time of transition from dark to light at sunrise, there was next to no topwater action right at first light.  Instead, topwater came on a bit later as the sun began to burn off the clouds at around 7:40am.

We spotted a nice bunch of fish corralling shad against the surface and sight-cast to them.  With two anglers, I can run the trolling motor manually from the center pedestal seat on my front deck with my clients to the left and right of me, also on the elevated deck.  This gives both anglers a better view and longer casting range.

Fred and Christian worked the fish over, with their casting distance and accuracy improving with each cast they made.  They wound up boating 13 fish from this topwater action before the fish left the surface.

We worked this general area with downriggers briefly after the action stopped on top, landed a triple, then found some fish on a sloped bottom in about 26′, which we stopped and worked MAL Lures vertically for, adding another 8 fish to our tally.

Our final two schools of fish were found in ~27′ of water, also on a gently sloping bottom.  These fish were more numerous and spread horizontally over the bottom.  We used the sawtooth tactic for these fish using the white MAL Heavy Lure, and put a final 46 fish in the boat by pulling these fish off the bottom over a ~90 minute span.

Christian commented as we got back to the ramp that we caught more fish than he anticipated.  I asked him how many did he anticipate catching.  He said, “I thought we’d catch maybe three or four.”

We ended up with exactly 70 white bass this morning.

OBSERVATIONS: USACE is still releasing at 2,132 cfs.  The water, though still turbid, is noticeably clearer than it was last week.  Thanks to heavy rains yesterday afternoon, the lake actually rose 0.69 feet overnight despite this rate of release.

Wind Speed & Direction: Light and variable through 8:45am, then turning SSE8 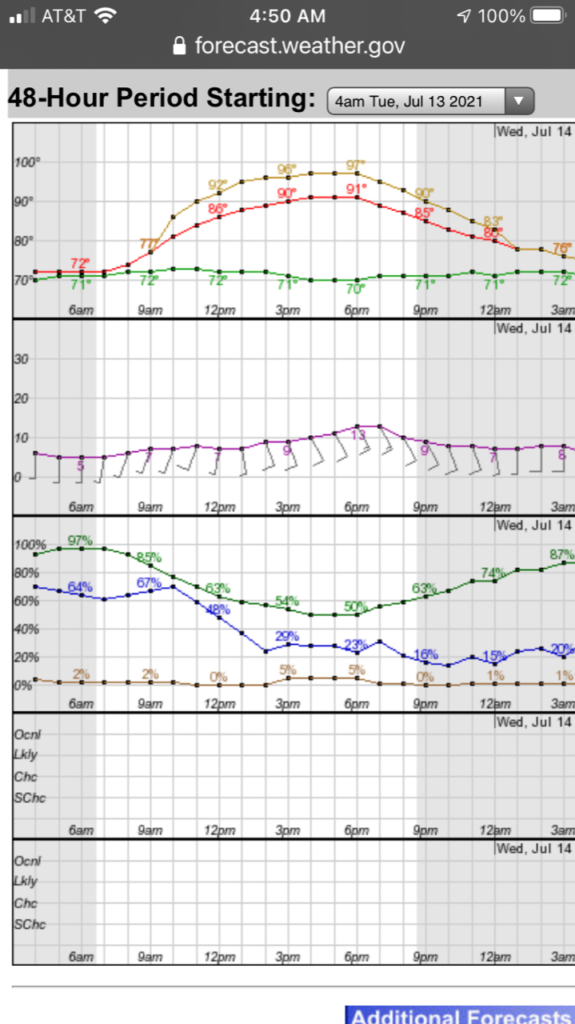