WHO I FISHED WITH: This morning, Thursday, July 15th, I conducted the season’s 6th SKIFF program fishing trip for kids whose parents are separated from them due to military duty.

The girls’ father, U.S. Army Sergeant First Class Edwin Villalobos, has been in the military for 16 years.  He is currently serving as a mechanic and has been deployed to Poland for several months.

The girls’ mom, Juliet Lopez, is also on active duty where she works in the nuclear, biological, chemical (NBC) field at Fort Hood.

Those interested in a SKIFF fishing trip may simply call me at 254.368.7411 to coordinate. 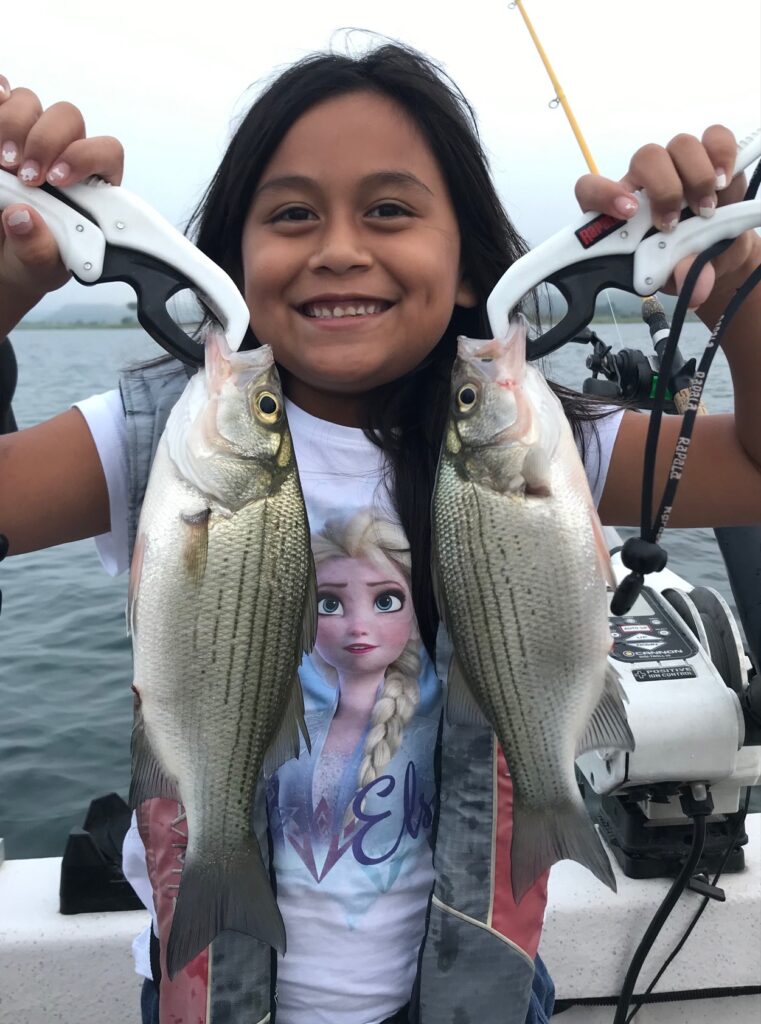 PHOTO CAPTION: Check the character on 8-year-old Athena Villalobos’ shirt … Elsa be like, “Girl, you caught those fish all by yourself?!?” 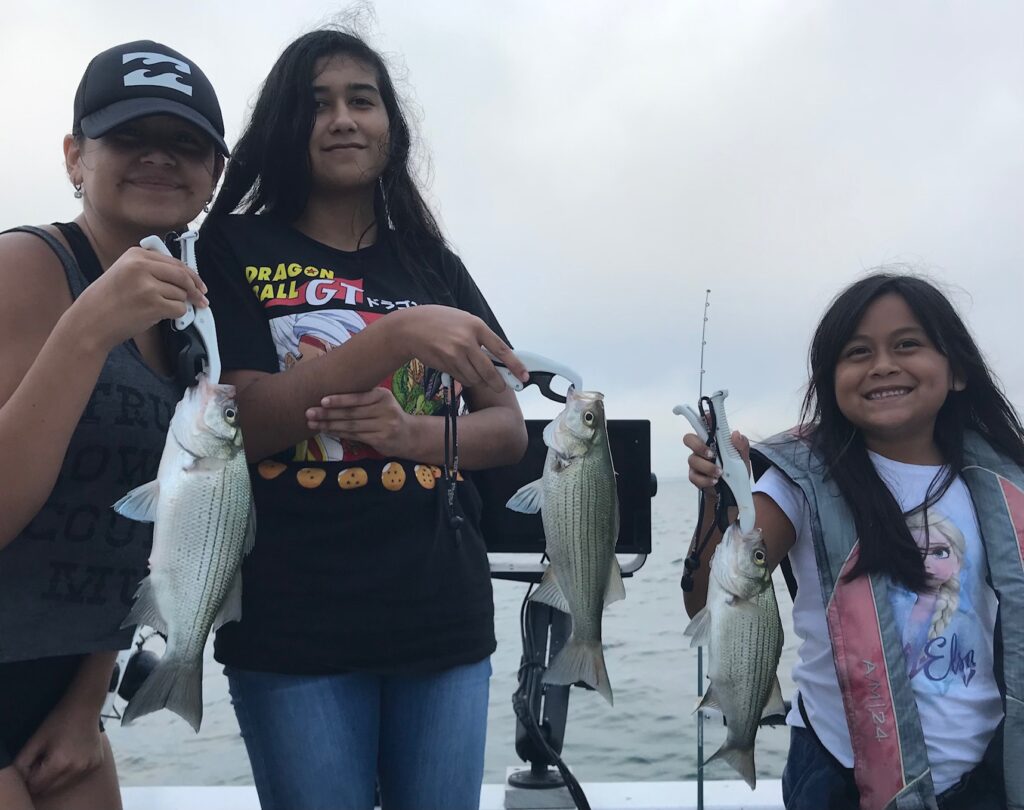 PHOTO CAPTION:    From left: Chanel (13), Aaliyah (14), and Athena Villalobos (8) enjoyed a 70-fish morning on Stillhouse using a combination of tactics to catch both white bass and sunfish.

The morning was overcast, so, I avoided deep water until more light was penetrating into the depths.  We began the fishing by running twin downriggers in open water pulling a pair of 3-armed umbrella rigs equipped with spinners and spoons.  It was clear the fish preferred the #13 Pet Spoon over the over presentations, so, we transitioned all 6 baits over to #13 Pets.

After the girls went through 3 rounds of catching either 1 or 2 fish at a time, about 35 minutes had gone by and the skies had time to brighten a bit.  I began to see fish out as deep as 60 feet, holding down around 40-45 feet.  I felt the concentration of fish I was seeing was sufficient to allow us to catch using MAL Lures fished vertically, so we transitioned quickly to that tactic.

By 8:15 the girls had landed 36 fish, about half on the ‘riggers and half on the MALs.  All were mentioning sore wrists routinely, so, we changed things up and headed shallow to target sunfish.

We used long poles and floats with bait to take a total of 13 sunfish from 2 separate areas, including longears, bluegills, and greens.

It was now around 9 a.m. and, with about an hour left in the trip, I gave the girls an option of choosing which of the 3 tactics they’d learned they’d like to put to use for the last part of the trip.  They unanimously chose the “video game fishing” with MAL Lures in conjunction with Garmin LiveScope.

We headed back out to deep water, found two distinct schools of white bass and caught another 21 fish in our final hour on the water.  As is typical late in the morning, both of these schools “flared up” with interest right away when our lures first appeared amongst them, but then pretty quickly settled back down.  Once I see this “settling” behavior, it is time to move as it is very difficult to get these fish reignited.  That time is better spent finding and fishing for “fresh” fish.

We ended up with exactly 70 white bass this morning.

OBSERVATIONS: Over on Belton, USACE is still releasing at 2,132 cfs.  There is still no thermocline set up on Stillhouse.  Some of our fish came from off bottom out in 65 feet of water this morning.

Sky Condition: Grey cloud cover was at 100% but steadily thinning until 8:30, then began to clear 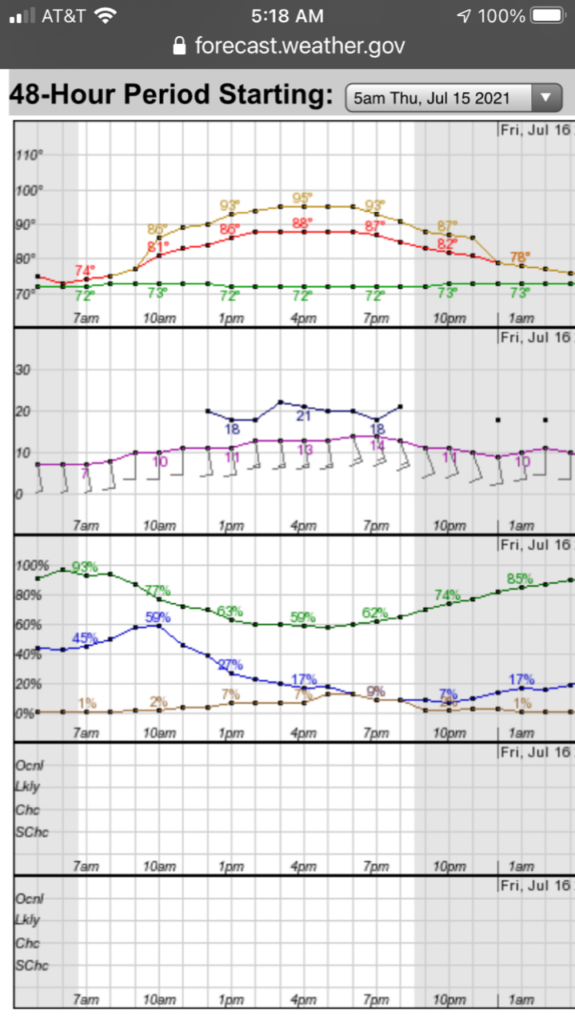