WHO I FISHED WITH: This past Thursday morning, July 22nd, I conducted the season’s 7th SKIFF program fishing trip for kids whose parents are separated from them due to military duty.  I was joined by Mrs. Reva Farris and her two kids, 10-year-old Oakley Farris, and 6-year-old Jaiton Farris.

The kids’ father, U.S. Army Sergeant First Class Jairod Farris, has been in the military for 11 years.  He is currently serving as an infantry platoon sergeant and has been away from home training cadets at Fort Knox, KY.

Reva is a “permanent substitute” teacher at one of the elementary schools in the Killeen Independent School District.

Those interested in a SKIFF fishing trip may simply call me at 254.368.7411 to coordinate.  Those willing to donate to SKIFF my send tax-deductible donations by mail to: 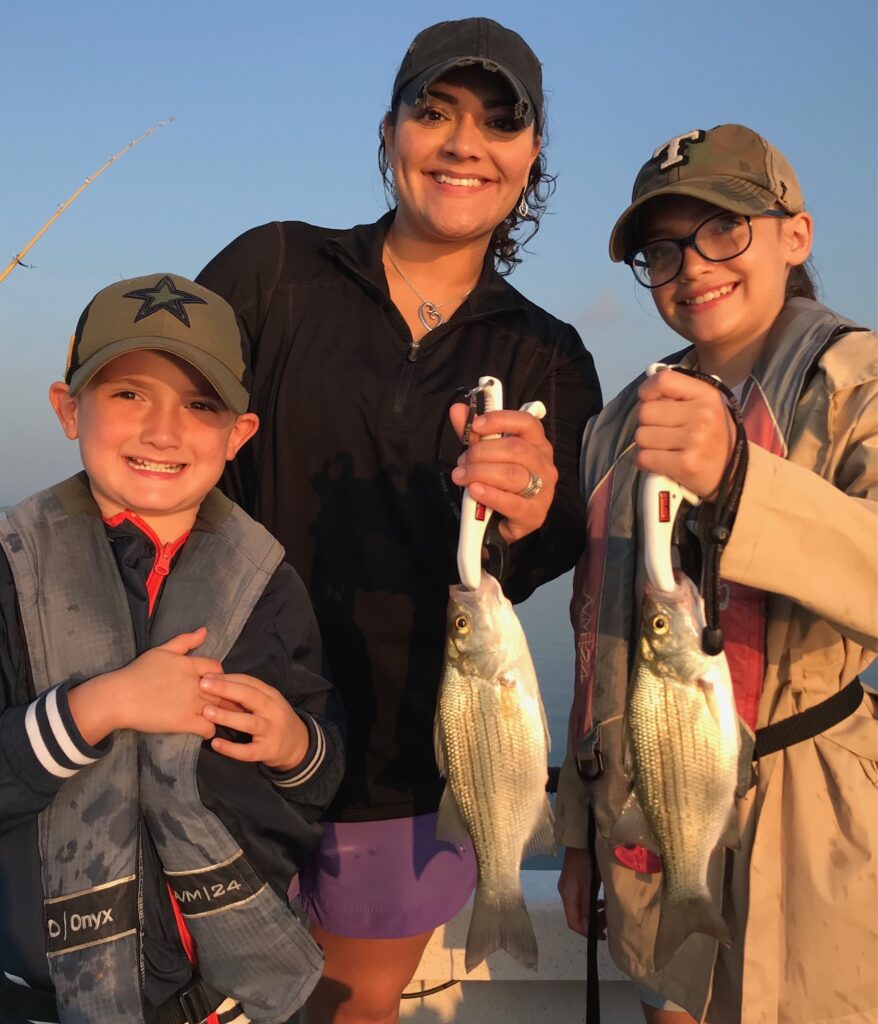 PHOTO CAPTION:  While Sergeant First Class Jairod Farris is away at Fort Knox training cadets, his son, Jaiton (age 6), and daughter Oakley, age 10, were treated to a free SKIFF program fishing trip.  Their mom, Reva, a public school teacher, came along and helped me help them be successful.

The fish were really in a feeding mood after being negatively impacted by the unusual cold front which moved in earlier in the week, dropping both rain and temperatures.

I initially planned to put a pair of downriggers to work for us, each one equipped with a three-armed umbrella rig outfitted with silver Pet Spoons. The fish were so aggressive and so numerous, I could only get one downrigger set at a time for our first 20 minutes with lines in the water during which time we landed three single fish and two sets of doubles.

Eventually, I got both downriggers set and the fish just kept right on cooperating. By the time an hour had gone by, we had landed 19 healthy white bass. By this time, as kids his age often do, Jaiton showed some signs of losing interest, so that was my signal to change tactics.

Over the entire time we had been downrigging, I had witnessed numerous large schools of fish holding on or near the bottom out to both sides of our boat. These fish showed up quite clearly on my Humminbird sonar unit’s Side Imaging display.

I marked the next such school that showed up on sonar, programmed my trolling motor to take us to those fish and hold us over top of them. This allowed us to change over to a vertical presentation using spinning gear equipped with white MAL Heavy Lures.

Oakley worked independently while Reva assisted her son in letting the lures sink to the bottom, then reeling them up briskly through the feeding fish as we watched all of this taking place in real time on Garmin LiveScope.

When fishing and video games combine, kids stay interested for a good long time! Eventually, it was not the kids’ interest that waned, but their wrists, which got sore from reeling in fish after fish.

By about 9 a.m., both kids needed a break as it was hot and the winds were light. As they prepared to snack, I reset the boat for one more round of downrigging. Our fish count stood now at 48 white bass landed.

With snacks still in hand, the kids scrambled back to the rear of the boat as both downrigger rods went off simultaneously with what would turn out to be our 49th and 50th fish of the morning landed right around 9:15 a.m.

About this time, Jaiton made a request that we try to catch some smaller fish (yes, his wrist really was sore). To accommodate, I moved us up into shallow water where the kids used long poles, floats and worms as bait to land a final five panfish for the morning.

I have found that 3½ hours is just about right for most elementary school-aged kids, and Jaiton and Oakley were no exception.

We ended up with exactly 50 white bass and 5 sunfish this morning.

OBSERVATIONS: Over on Belton, USACE is still releasing at 2,132 CFS.  Stillhouse is releasing 201 CFS. 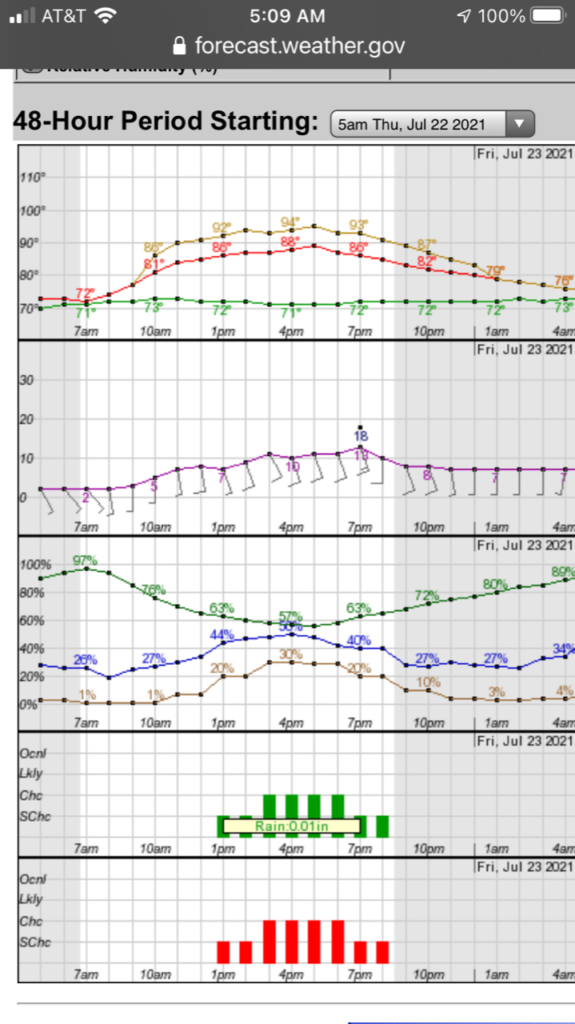