WHO I FISHED WITH: This morning, Monday, August 9th, I fished with three returning guests — Dr. Jim Wood of McGregor, TX, and two of his grandkids, Jack (age 12), and Charlotte Bailey (age 9), from Colleyville, TX.

The kids head back to school next Wednesday and this was the last “big event” on their calendar for the summer of 2021. 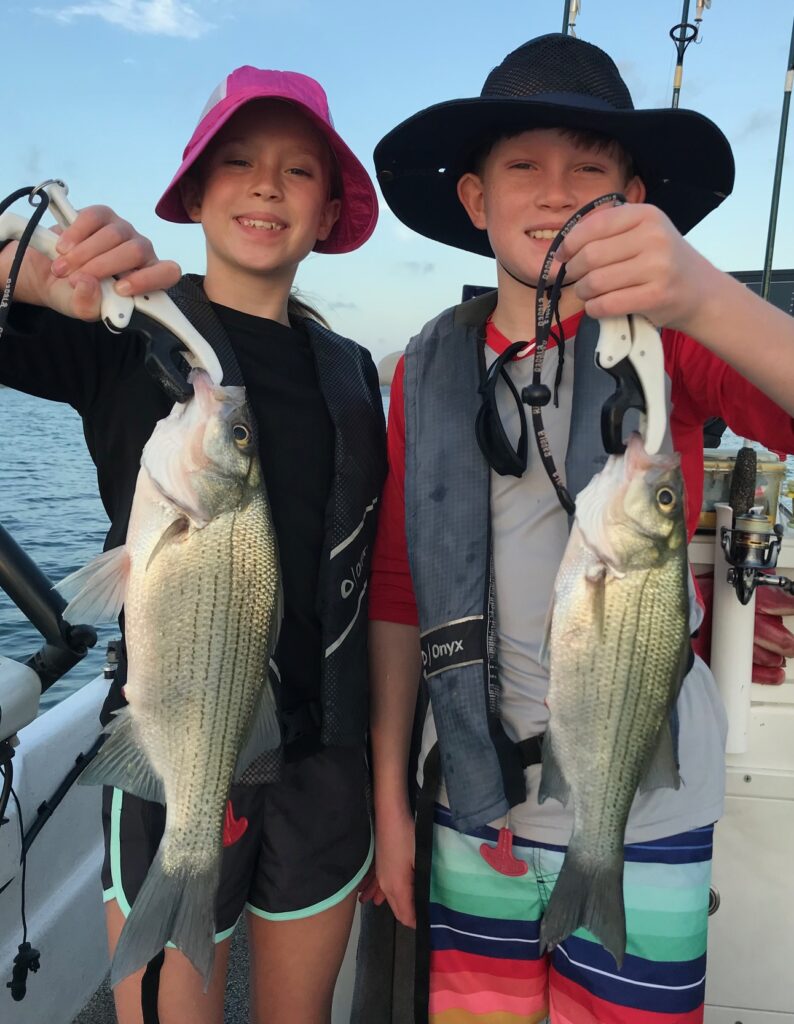 PHOTO CAPTION: Charlotte and Jack Bailey were treated to a morning of white bass fishing by their grandpa, Jim Wood.  The trio landed 63 fish this morning using downriggers early on, then working white MAL Heavy Lures vertically for the final 45 fish.

There is a bit of a “back story” before getting to the fishing.  First, over the weekend the USACE closed the dams at both Belton and Stillhouse for the first time in many weeks, so, we now have a no-flow scenario which is more normal for summertime.  Next, we’ve finally settled into a more normal summer weather pattern with a ridge of high pressure sitting atop us, thus making for “cookie cutter” weather from this past Saturday through at least the end of the week.  Under such conditions the fish get very “patternable”.  So, the trick today was to figure out that pattern so we could catch fish today, and plan for success for the remainder of the week.

Hence, I paid very close attention to the times we fished the various locations we fished, and noted when the fish started biting at a given area, when they stopped biting there, and how relatively aggressive that bite was.

The fishing started this morning close to 7A, just as the sun cleared the eastern horizon and the low bank of clouds just above it.

We took our first 18 fish on downriggers as the fish and bait began to “come alive” with the brightening sky.  Of these 18, eight fish came as doubles on the 3-armed umbrella rigs we were using (x2), each equipped with Luhr Jensen Pet Spoons.

By 7:40A, the fish began to come off that “low-light” feed which, in the summer, is normally the strongest feeding time.

From that point on, we hunted packs of fish in open water, relying on well-tuned sonar and looking specifically for fish holding tight to the bottom.  When we found them, we all worked white MAL Heavy Lures vertically in conjunction with Garmin LiveScope to dupe them into biting.

We had to move often, and all the more so as the morning got later and the fish grew less and less willing to chase.  We wound up fishing 4 distinct areas and doing a few “short hops” at each to keep our strings stretched.  In the end, we added another 43 white bass and 2 freshwater drum to our tally with this approach.

By the time we finished up around 10:50, the winds were going straightline at 16mph with higher gusts, and building.  Today was to be the windiest day of the week, with southerly winds called for all week.

In all, we landed 61 white bass and 2 freshwater drum this morning.

OBSERVATIONS:  1) No topwater action observed. 2) USACE stopped releasing water at both Belton and Stillhouse this weekend. 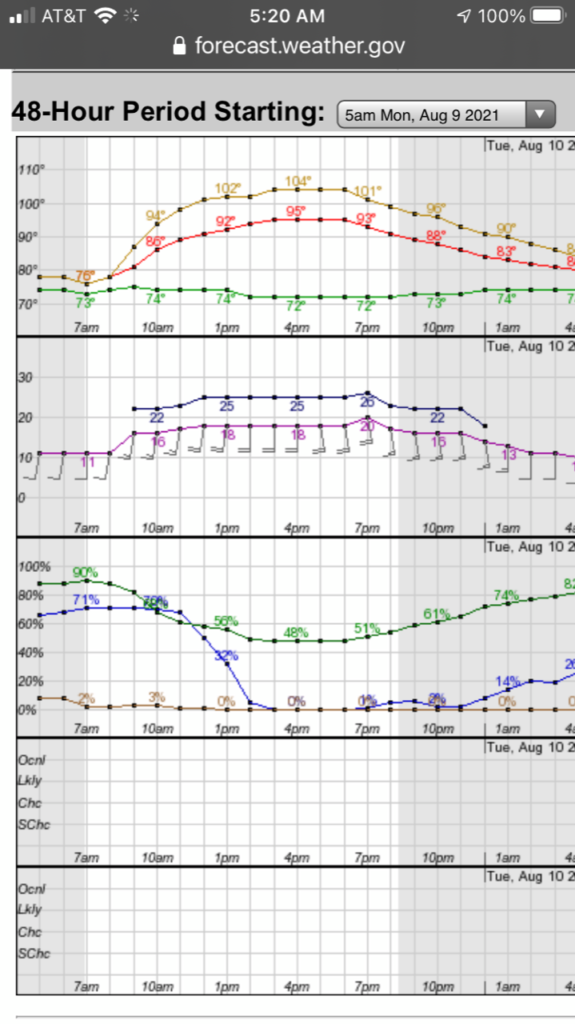