WHO I FISHED WITH: This morning, Tuesday, August 10th, I fished with three first-time guests —  father and son T.J. & Tommy Yagalla (age 8), and T.J.’s brother, Kevin.

This trip was a gift to T.J. from the Deorsam family presented to him for his birthday last October. 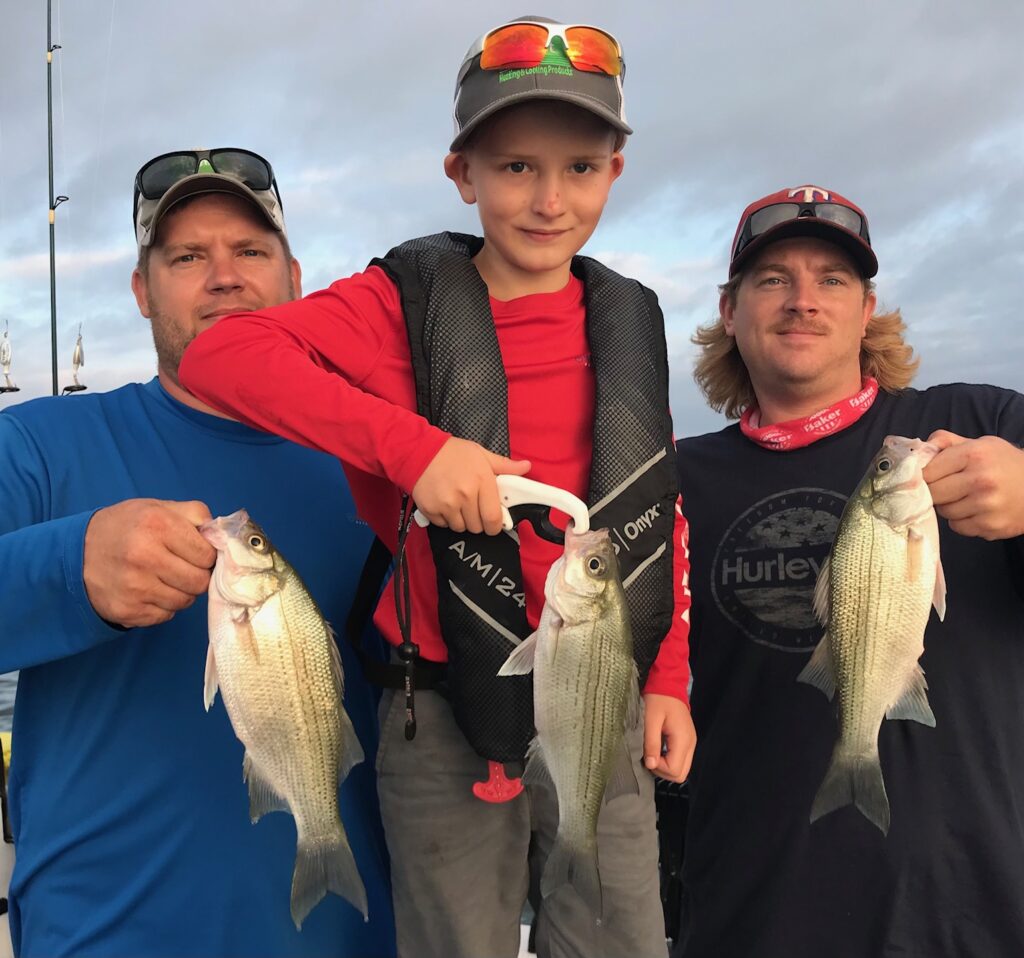 PHOTO CAPTION:  From left: T.J., Tommy, and Kevin Yagalla with three Stillhouse white bass landed just seconds apart as LiveScope revealed a school of fish below us, allowing all three anglers to time the rise of their MAL Heavy Lures through the school for a hookup.

Thanks to the stable, “cookie-cutter” weather this week, the fishing today was nearly identical to how it was yesterday in that the fish did the same things in the same places and at the same times as they did the day before.

This predictable behavior will likely continue until we get a “wrinkle” in the weather (likely on Saturday, according to the current forecast).

We began the day putting singles and four sets of doubles in the boat for a total of 16 white bass caught and released inside an hour’s time from sunrise (which was obscured by cloud cover) through about 7:35.  Once this action dwindled, we did not stick around in this vicinity, as yesterday’s results indicated that doing so would be a less productive option than moving and finding more aggressive fish elsewhere.

As the interest in downrigged Pet Spoons presented on 3-armed umbrella rigs dwindled, we made the change over to MAL Heavy Lures in white color and used these vertically in conjunction with Garmin LiveScope for the remainder of the trip.

We hit three separate areas and found fish at each (again, avoiding the areas at which we found no fish yesterday, thus enhancing our efficiency).  Normally, the bite dies down pretty quickly by 10:00A, but, this morning around that time we had a spike in the wind from S13 to S16, and the fish turned on to that.  We landed our final 15 fish inside our last 30 minutes on the water.

In all, we landed 77 white bass this morning.

OBSERVATIONS:  1) No topwater action observed. 2) USACE stopped releasing water at both Belton and Stillhouse this weekend. 3) High pressure sitting atop us has fish in a good, predictable groove. 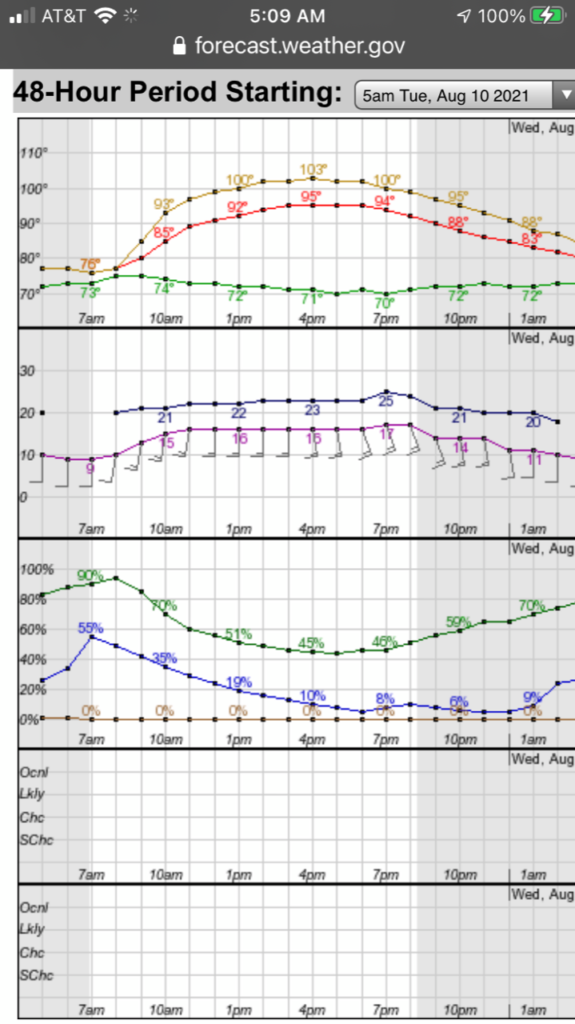