WHO I FISHED WITH: This morning, Thursday, August 12th, I fished with three first-time guests.  Joining me were Charles Stichler and his son, David, as well as Charles’ friend, Terry Lockamy.

This trip was in celebration of David’s birthday.

Charles and Terry live in the Georgetown area and are retired from Texas A&M’s agricultural extension program, and David, who lives out between Lakes Waco and Whitney, is a sales director for a major agriculture-oriented company.

Although they’ve been doing a lot of fishing, they hadn’t been enjoying much catching since June rolled around.  They came to learn what approach they might need to take to become more consistent on summertime white bass. 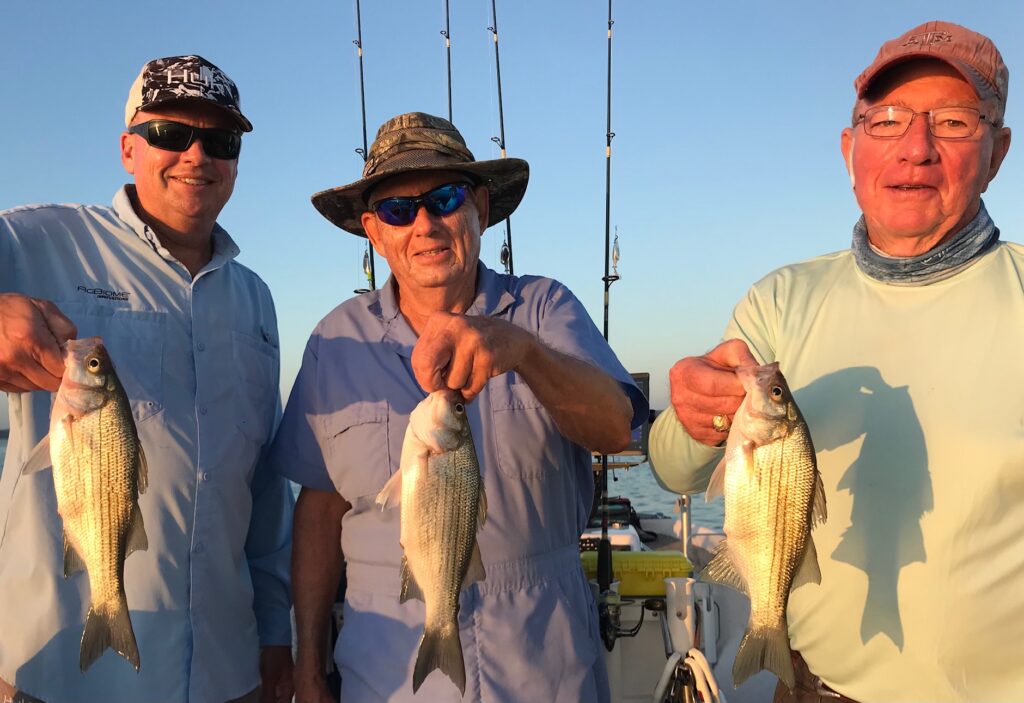 PHOTO CAPTION:  From left: David & Charles Stichler, and Terry Lockamy with a few of the 100 white bass we took under continued stable weather conditions this morning.  16 fish fell to the downriggers; 84 fish came on the MAL Heavy Lures (including the new version with colored blade).

The fishing just keeps getting better as this run of stable weather continues on.  With fish doing the same things in the same places and at the same times each day for several days now, it has been pretty easy to put together a “milk run” and stay on fish for a full morning.  Looks like this will all come to an end around 7P Saturday as yet another cold front comes down.  We’ll have to figure it all out again Monday!

This morning we downrigged until the skies got bright, putting 16 fish in the boat, including 3 sets of doubles and 1 triple.  Once I saw fish beginning to coalesce, we changed over to vertical work with MAL Lures and then stuck with that until the fish quit right around 11AM.

As we made this transition, unlike the past three mornings, we experienced a lull in the wind, with a calm surface for about a 35 minute span.  The fishing was tougher during this run, but, eventually a SSW ripple turned into waves, which turned into occasional white caps, and then it was game-on.

We worked a combination of MAL Heavy Lures (with both the new white blades and with standard silver blades) in conjunction with Garmin LiveScope to land another 84 fish from 3 distinct areas.

We had exactly 95 fish in the boat by 10:45.  I told the fellows we’d stay until 11AM or 100 fish, whichever came first.  Well, they caught three fish nearly the instant those words left my mouth, but, we came right down to the wire with barely more than a minute to spare when Terry “Blind Sow” Lockamy came up with an acorn.

To their credit, these fellows were all solid anglers, they all took the time to watch my MAL Lure fishing tutorial before the trip, and they were all willingly coached when I saw shortfalls in their technique.

As many anglers do on their first experience using MAL Lures, the tendency to set the hook, and the tendency to reel too slowly, were things we were able to quickly address so everyone could cash in on this morning’s solid bite.

In all, we landed 100 white bass this morning.

OBSERVATIONS:  1) No topwater action was observed this morning. 2) High pressure sitting atop us has fish in a good, predictable groove.

Wind Speed & Direction: Calm at sunrise and until ~8:15, then coming up SSW and steadily increasing to SSW12-13 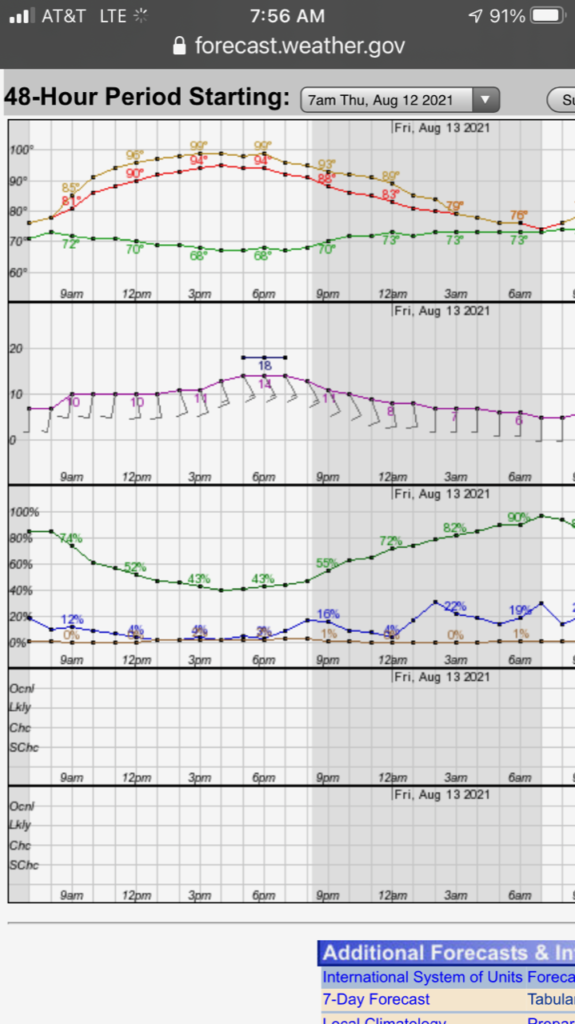