Some time ago Trent contacted me about getting a fishing gift certificate for Kinley’s birthday which happened back in July.

With only two days to go until public school begins in Crawford, TX, the Huey’s decided it was time to cash in the certificate and have one last shot at some family fun before academics come calling.

I should note here that I’ll be forever grateful to the Huey family for putting me onto Guess Family BBQ in Waco.  Although our favorite will always be Miller’s Smokehouse in Belton,  Guess’ trademark appetizer — deviled eggs with pimento cheese and brisket jam — is now something we look forward to when travelling north. 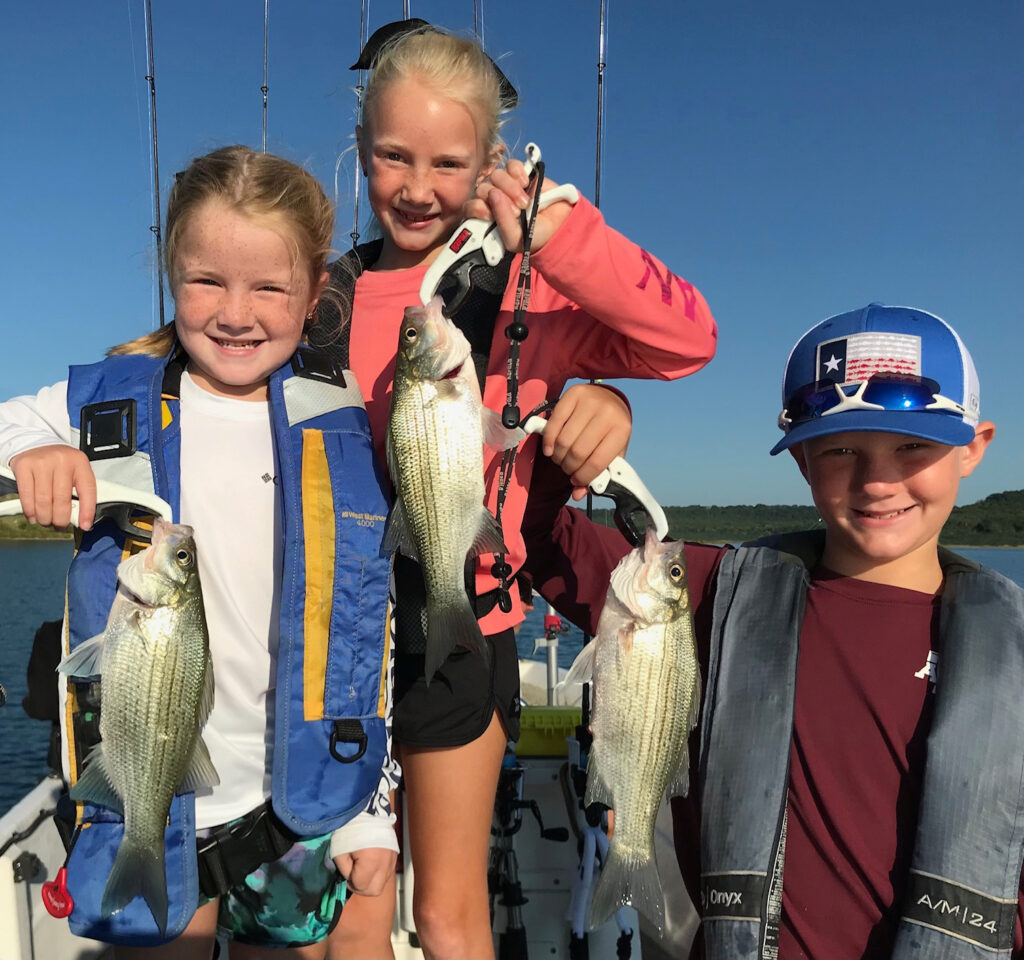 PHOTO CAPTION:  From left:  Olivia, Kinley, and Jackson Huey, each with a white bass they truly worked for this morning under tough, post-frontal conditions complete with bluebird skies, bright sun, and calm winds.

As far back as last Wednesday, NOAA predicted a cold front would impact our weather over the forthcoming weekend (14 & 15 Aug.).  As the weekend approached, the details and timing got a bit more exact.  When all was said and done, the cold front actually entered into Central Texas “air space” around 7pm on Saturday, bringing a windshift to the NE, along with a temperature drop, and spotty rain.  A second round of rain with continued north winds came through from 10AM to 1PM on Sunday, then clearing began to take place.

As I made a call as to what to do about this trip on Saturday evening, the winds were supposed to be S5-8 this morning with 30-40% cloud cover.  No cause for panic in that forecast — it wouldn’t be like the stable-weather fishery of last week, but I felt we’d catch fish with no problem.

Then reality struck!  As I got up this Monday morning, skies were absolutely clear and there was not a breath of wind.  I then got a bit panicky.

Trent and the gang showed up and we got going.  The areas which gave up between 16 and 31 fish on downriggers in the first hour of light last week gave up 2 fish and 1 missed fish in about 70 minutes of effort.   Not good.

Eventually, a NW ripple developed with perhaps a 4 mph wind behind it.  I changed us over to a vertical approach, literally parking us precisely on top of hand-picked schools of white bass which I felt had enough individual fish in them to cause some competition within the school as my crew worked MAL Heavy Lures through the fish assisted by LiveScope.

Jackson worked independently and did well.  Trent covered down on Kinley and aided her, while Kortny covered down on Olivia and helped her.  Eventually, Kinley got the hang of things so Trent could work a rod of his own.

We began to catch fish, and slowly but surely, put together a solid catch of 41 fish on a super-tough morning.  The key was to make the most of the initial expression of interest the fish exhibited as soon as our lures got down to them and for the first few minutes which followed, then to move on to a fresh batch of fish as soon as the excitement level of the fish began to wane.  The later it got, the shorter the time the fish stayed interested, until, finally, by the four hour mark, the fish had come full circle and would no longer even flinch as our baits went by.

We landed 40 white bass and 1 freshwater drum for a total of 41 fish.

OBSERVATIONS:  1) A short burst of topwater action by largemouth bass, which lasted about 25 minutes, broke out as the wind velocity peaked, vic Area 1433.

Wind Speed & Direction: Calm at sunrise and until ~9A, then WNW1-5 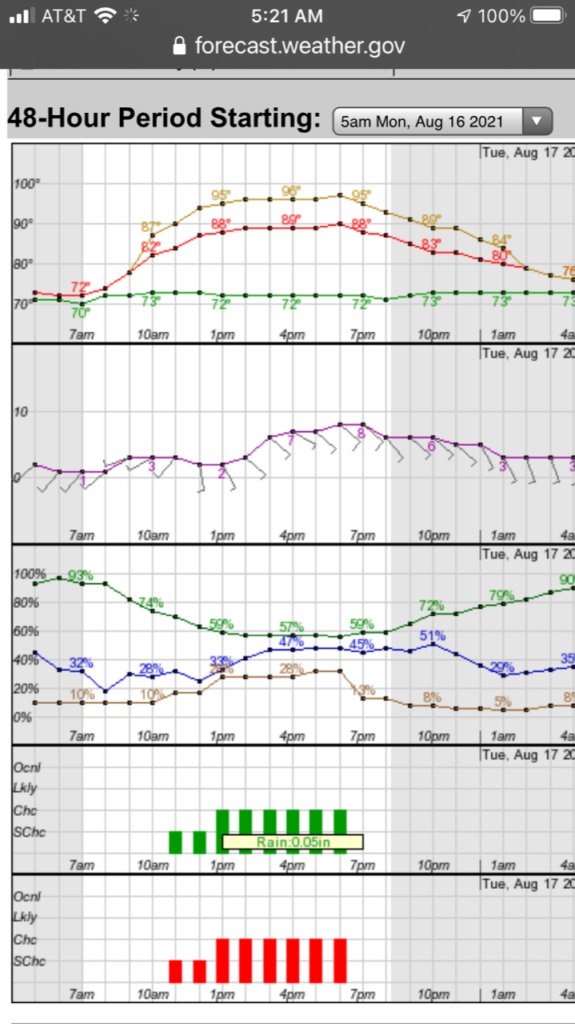 **AreaSH0032G – only gave up 2 fish downrigging until the skies brightened