WHO I FISHED WITH: This morning, Monday, August 23rd, I fished with returning guest John Gossard, this go-round accompanied by his son-in-law, Richard Green, visiting from Harrisburg, PA.

John is retired now and resides in Morgan’s Point. Richard has leadership responsibility for a lawn and garden tool manufacturing company in the Northeast.  Most of Richard’s fishing experience of late has been on the many streams of Pennsylvania stalking trout. 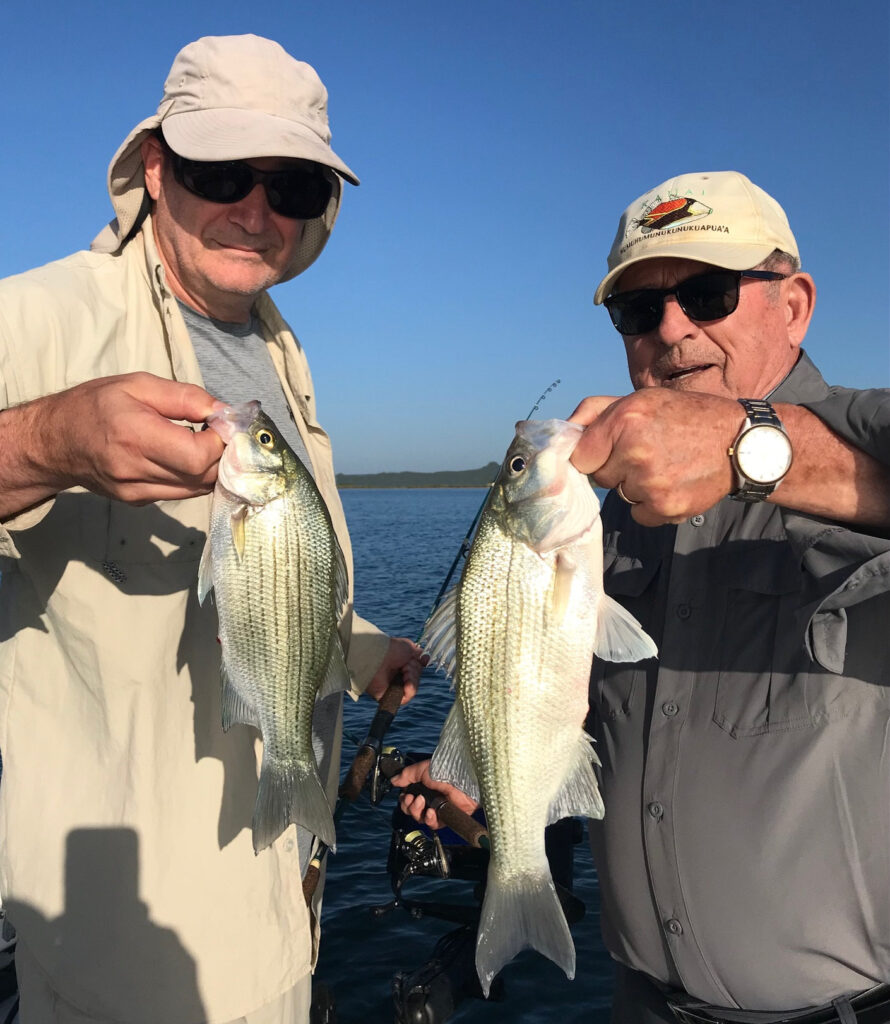 PHOTO CAPTION:   For the sake of ensuring survival of the fish we release, I try not to hold fish in the livewell for photos, so, we take photos quickly whenever everyone aboard catches fish simultaneously.  Here, around 8:10AM, both John and Richard landed fish seconds apart.  Richard’s fish is a yearling, and John’s is a 3-year class fish, however, all of our fish this morning were of legal size, attesting to the outstanding growth rate on Stillhouse fish.

This morning was a pretty typical late summer trip.  We found fish and they were either “on” or they were “off”, and there wasn’t much in between.  By “on”, I mean moving and patrolling aggressively and willing to chase and strike.  By “off”, I mean lethargic and unwilling to move any distance for a presentation.

Our middle two hours, from 8 to 10 A were the best, with our first hour being slow (although we found fish, they were tough to elicit a strike from), and our final hour seeing a slow “fade to black”.

We landed only one fish on downriggers during the low light period, so, going forward, I’m going to start my trips a bit later and forego the downrigging, going instead right to the more effective vertical MAL work.

Once the fish perked up a bit, we were able to use both vertical and horizontal (sawtooth) presentations to tempt our fish.  Given the brilliant sun and clear water, we used MAL Heavy Lures with white tails and silver blades.

The Garmin LiveScope certainly enhanced our success, letting us know when fish were present and in a feeding posture (up off bottom and moving parallel to bottom with intentionality).

Likewise, the Humminbird Side Imaging which I had playing simultaneously let us know when pods of fish were found to the port and/or starboard side.  When they showed, we’d fire casts out in their direction, switching back and forth between vertical and horizontal as sonar dictated.

OBSERVATIONS:  1) Light topwater activity was observed this morning –  when high pressure combines with light (but still present) winds, topwater has been predicatable.  2) the first terns of the season showed up, with a small flock of about 9 birds helpfully working some patches of open water. 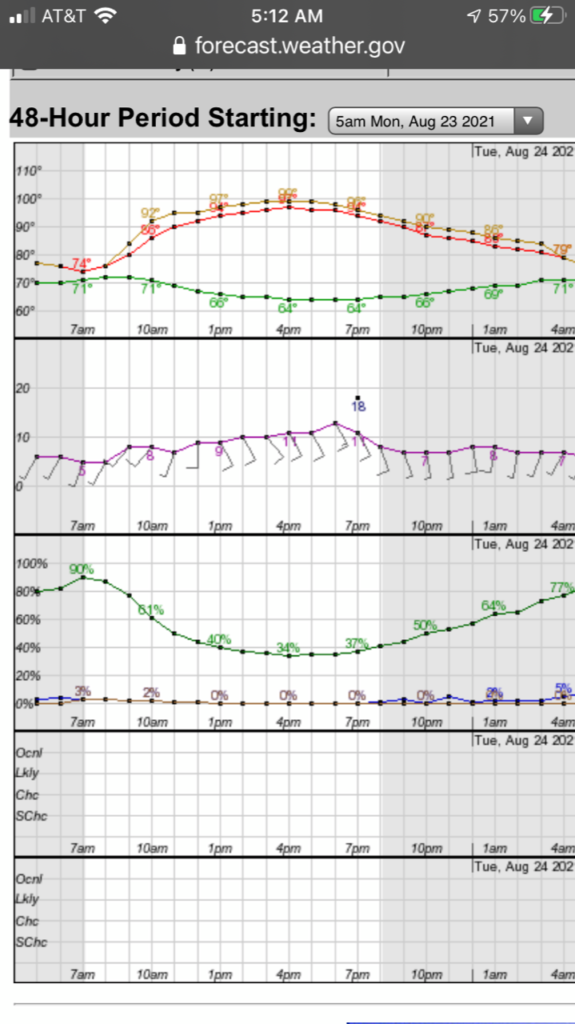