WHO I FISHED WITH: This morning, Thursday, August 26th, I fished with two first-time guests, James Wilson and Austen Barnes, both of Morgan’s Point, Texas.

I originally had another gentleman booked, but, due to airline flight complications, he was not able to make it, so, I posted a “last minute” opening note on Facebook and James contacted me as a result.

James runs his own HVAC business (https://www.facebook.com/performanceclimate/) and needed a day off.  Austen, who, with his wife, runs a housekeeping service, was invited along by James, his neighbor.

I offered the trip at a discount versus having the date go unclaimed, so, it was a win-win in that I was able to operate today while James and Austen got to catch fish and save a bit of cash doing it. 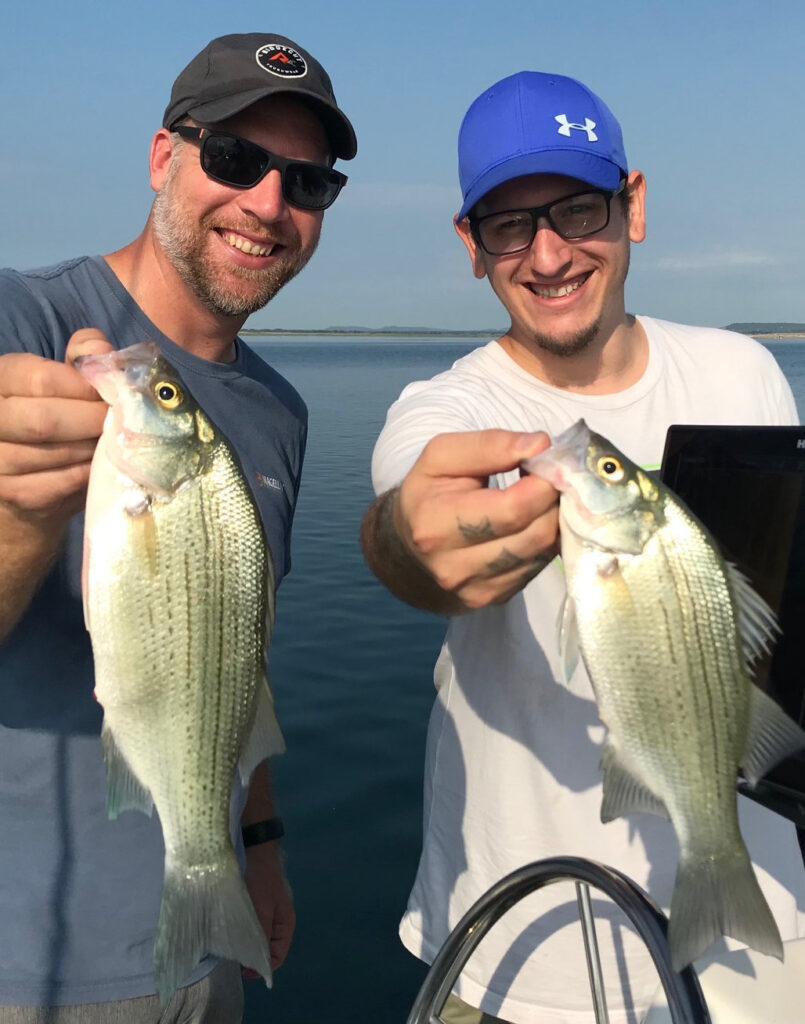 PHOTO CAPTION:  James Wilson, left, and Austen Barnes with a pair of quality Stillhouse white bass which fell for MAL Heavy Lures in deep water worked both vertically and horizontally.

For the second trip in a row, this morning was a pretty typical late summer trip.  We found fish and they were either really “on” or they were really “off”, and there wasn’t much in between.

During those first two, slow hours, I had no problem finding fish — in fact, I found fish at three distinct locations, but, for every 50 or 60 fish we saw on LiveScope, only a handful would perk up and chase, and even fewer would commit and bite.

That all began to change around 9AM when the very first small ripple began to develop from out of the NE.  Although the breeze never exceeded 5mph, it also never let up until just after 11AM.

During that span of time, we sat on one area and fished both vertically and horizontally using MAL Heavy Lures, catching solid white bass one or two at a time.

The horizontal fishing was accomplished using a “sawtooth method” which I describe in detail here:

OBSERVATIONS:  1) Light topwater activity by largemouth feeding on shad was observed this morning –  when high pressure combines with light (but still present) winds, topwater has been predicatable.  2) Approx. 13 terns were helpfully working some patches of open water.

Wind Speed & Direction: Calm through 9A, then light and variable under 4-5mph for the balance of the trip 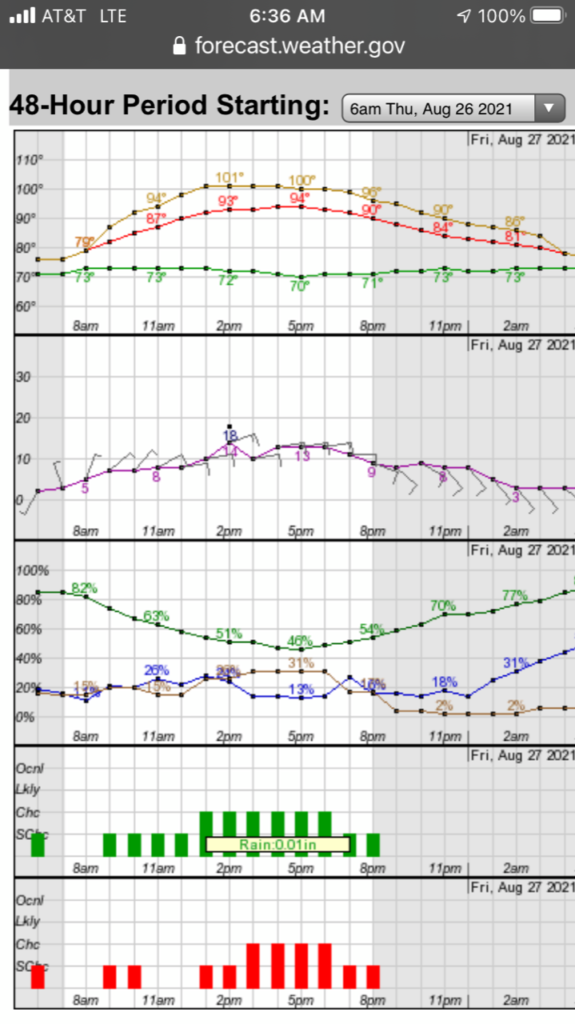