WHO I FISHED WITH: This morning, Saturday, August 28th, I fished a “Kids Fish, Too!” trip wherein we focused specifically on the success of my two child anglers, 8-year-old Charlotte Scott, and her brother, 6-year-old Oliver Scott.

The kids’ father, John Scott, and uncle, Matt Laakso, were present to help me help the kids be successful.  Matt has fished with me numerous times before, and came prepared with a license in his possession so he could be very “hand on” in aiding his niece and nephew.

I chose Lake Belton for this morning’s effort for a number of reasons, despite not having fished it much of late.  First, the fishing at Stillhouse for white bass, though consistent, was going to be too technical for young kids.  Second, the unprecedented hydrilla growth at Stillhouse has choked the shallows, thus preventing me from putting the kids on sunfish there as I have in years past.  Since I knew we’d fish for sunfish at some point this morning for variety’s sake, Belton got the nod today. 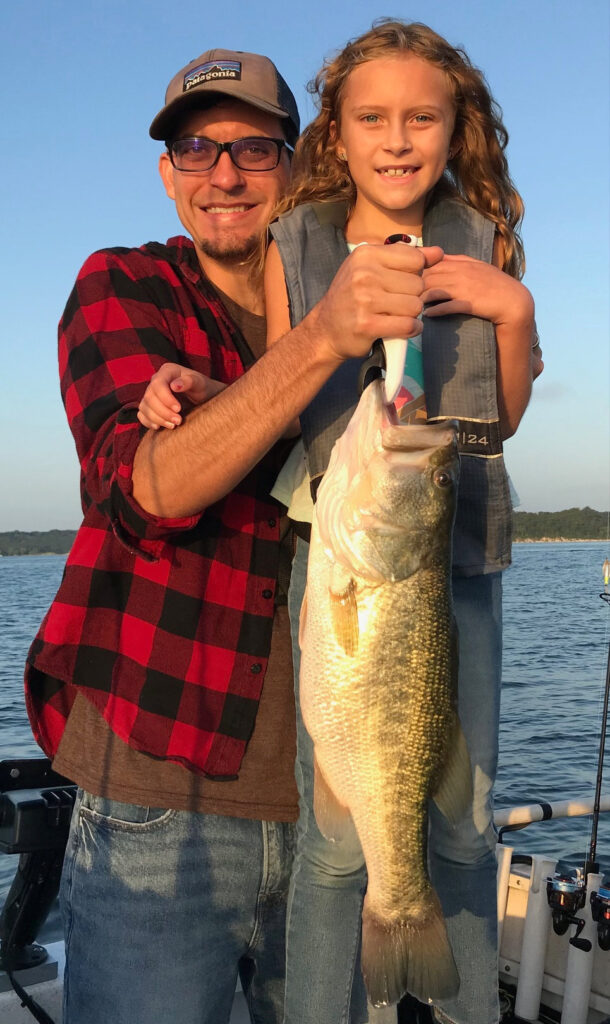 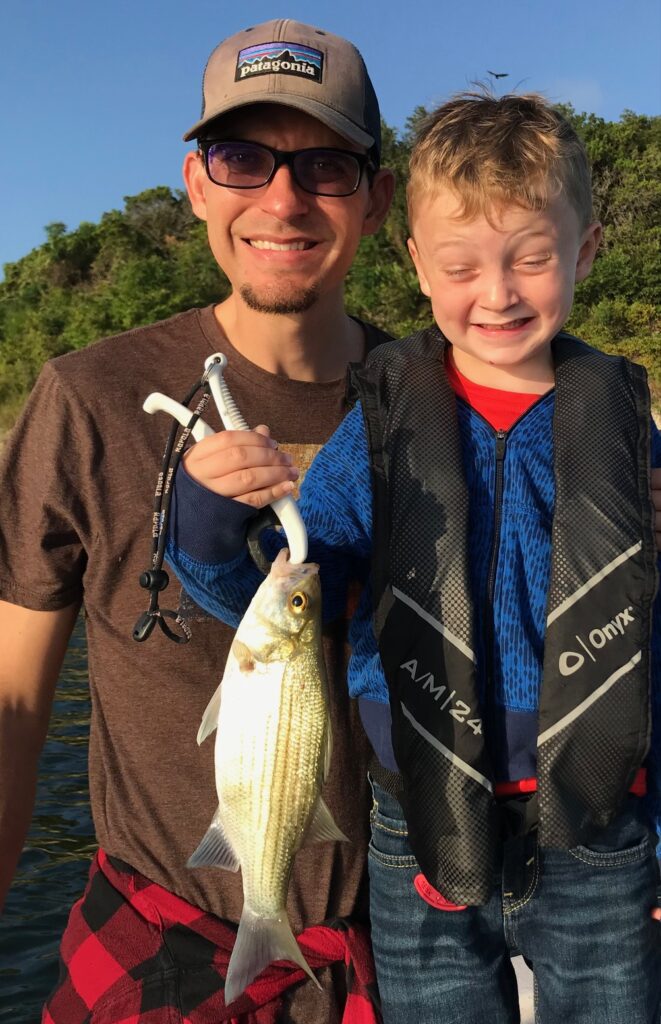 PHOTO CAPTION:   Poor Oliver did his best to open his eyes and smile in that cloudless, bright sun this morning as we tried to capture his white bass on film.

The NW wind which greeted us pre-sunrise this morning pretty much guaranteed we would not enjoy any extended topwater action this morning, so, I focused on sub-surface fish by using downriggers.

We saw very few well-organized schools of fish during the first 45 minutes of the trip when the downriggers typically shine.  During that time we landed a single white bass and a really nice 5.25 pound largemouth (way to go, Charlotte!).

After looking unsuccessfully in a number of areas, and after observing that any topwater action occurring on the steadily calming surface was very brief in nature, I decided to focus on sunfish early, gauge the kids’ interest in that, and go from there.

As it turns out, the sunfishing was a hit, allowing the kids to fish fairly independently and enjoy continuous success.  We coupled that with moving from place to place as soon as the fishing in an area began to fade, and made a morning of landing bluegill, longear, and green sunfish up in shallow water using poles and floats.

The kids have access to a pond which holds sunfish back where they live near Houston, and those sunfish had largely eluded capture thus far.  Armed with new-found skills from this morning’s trip, John went away well-equipped to help the kids be successful upon their return home.

As with all of my kids’ trips, we wrapped up at the 3.5 hour mark (versus 4+ hours for adult trips).  Given the lack of wind and increasing heat, the kids were ready to head on in as we wrapped up just shy of 10:30.

Wind Speed & Direction: NW5 before sunrise, tapering to near calm by trip’s end 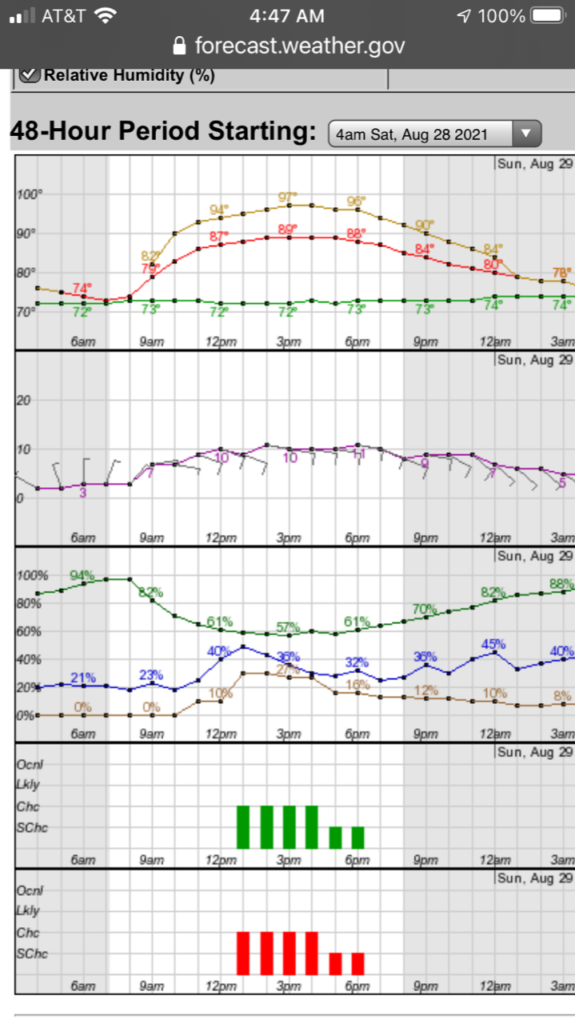